Things are getting crazier by the second...

Just when you thought things couldn't get any crazier, here come the aliens!

That's right, on Monday the Department of Defense released several videos that appear to show a UFO. Footage captured by Navy pilots displays a bizarre-looking craft that appears to be defying the laws of gravity and flight. 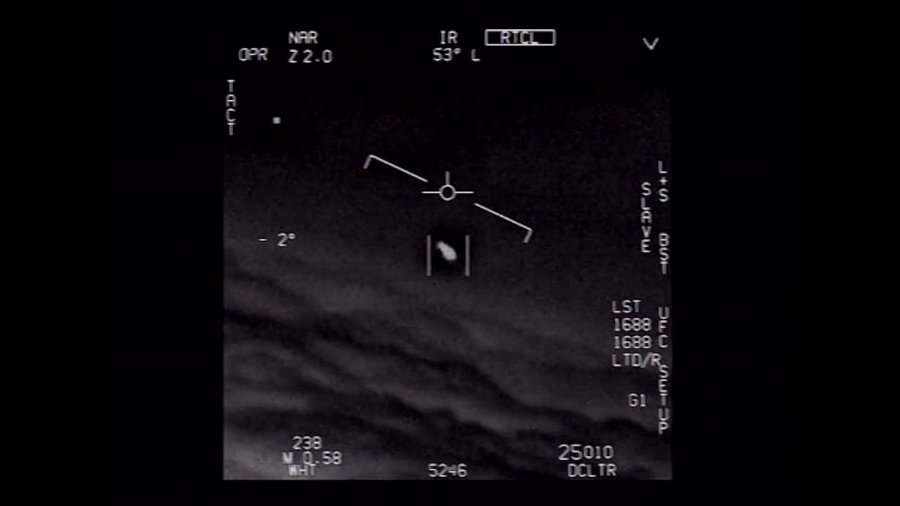 They referred to it as “unidentified aerial phenomena.”

A pilot in the video actually said “What the f*ck is that thing?”

While it's noteworthy that the Pentagon decided it had to officially release the videos, it really isn't anything new for those who are into this sort of thing. The videos have been around for a few years now. I'm still waiting on the official story. Is it a drone? An enemy plane? An honestly unexplainable spaceship?

It reminds me of a trip I once took to the epicenter of unexplained phenomena.

In 1947, a mysterious “Flying Disk” crash-landed on a ranch outside of Roswell, New Mexico...

It so happens that I met with a top government official who told me exactly what happened in Roswell...

There have been plenty of theories about what actually fell to Earth. The official story was that it was essentially a weather balloon. It was allegedly part of “Project Mogul”, where the U.S. Army Air Forces attached microphones to high-altitude balloons in order to detect the sound waves created by Soviet nuclear bomb tests.

But millions of people believe that the Roswell incident was the first concrete evidence of an alien spacecraft landing on Earth.

I visited Roswell to interview Governor and two-time presidential candidate Gary Johnson. While strolling together through a local park and zoo, I simply had to ask him: what really happened in Roswell. As a two-term governor, surely he would have some insight.

It turns out, he had a very interesting theory on what actually happened…

“It's funny being here in Roswell, New Mexico. It's basically the epicenter of unexplained phenomena,” I told the Governor as we walked around the quiet park.

He already knew what I was getting at...

“Well, you know Jimmy, right after I took the oath of office, I was whisked into the basement of the state capital, and I was told exactly what happened here in Roswell,” Gov. Johnson eagerly replied.

I thought I had the scoop of a lifetime.

“I was sworn to secrecy," he continued. "But I can tell you that the alien-to-work program in state government works really, really well...”

He had me there for a minute.

But I figured while we were in Roswell, we might as well stick to the unexplained.

Here’s a transcript of our candid talk...

Jimmy Mengel: Speaking of aliens... Things are very strange these days. If aliens did exist and were looking down at what is happening in politics, would you think maybe they would consider us insane?

Jimmy Mengel: I noticed something interesting in Los Alamos yesterday — still riffing on the insanity thing. I noticed a t-shirt of Albert Einstein and you know one of the quotes attributed to him is "the definition of insanity is doing the same thing over and over and expecting different results."

Gary Johnson: Yeah, you can't imagine how many times I've said that campaigning.

Jimmy Mengel: How do we get those different results from your point of view? I know you're running for office, obviously, but as a collective, people can be very insane. When you meet an individual, I think they turn out a lot saner if you sit and talk to them

Gary Johnson: No, that's right and maybe there's something in the water in Washington, D.C. you know, that's the pitch I'm making. I might have the opportunity to really bridge some gaps.

Jimmy Mengel: I think that is refreshing. A voter had come up to you yesterday and said "Mr. Johnson, I agree with a lot of what you have to say" and instead of being politician-like about it, and saying "Oh, thank you," you said, "well, if you talk to me long enough we'll probably disagree on quite a few things but that's okay and that's why I'm doing this."

Jimmy Mengel: No, I think that's great, and as human beings, we really do need more of that.

Gary Johnson: I'm paraphrasing George Washington here, but he said that if this country ever devolves into political parties, we are done for. It should be about individuals getting involved and then getting out. Term limits would be a silver bullet in this whole equation also.

Jimmy Mengel: I'd have to agree. Speaking of individuality, it's kind of a knock on the libertarians a lot of the time that you focus so much on the individual that you aren't thinking about the collective. It's almost a level of selfishness to a degree.

Gary Johnson: I would argue that the number one contribution that you can make to others is to be the best that you can be.

Jimmy Mengel: In the end, individualism does lead to a more functional form of collectivism.

Gary Johnson: I do believe that. The big takeaway for me was “be the best you can be.” That's the one thing you can control and if you do that, you're gonna positively impact those around you.

Jimmy Mengel: Another thing struck me, and it’s something you said to another gentleman yesterday. You seem in very good shape, you’re very well known for your mountain hiking and mountain biking.

He asked you "When did you feel the best in your life?"

You mentioned something to the effect of "it's not about that, I don't think of it that way. I'm life fit."

What did you mean by that?

Gary Johnson: I'm fit for life! What's the best I've ever felt? Right now is as good as I ever felt in my life and you can live everyday like that. I made a pledge to myself in 1987, that from that point forward I would be as fit as I could possibly be, every single day.

I may not be all that fast tomorrow, but I could certainly finish.

Jimmy Mengel: Get it done!

Gary Johnson: That's the whole “fit for life.” I'm the jack of all trades and master of none. I'm kind of grateful for not having been the master of anything because maybe I would have got stuck at that and I wouldn't be doing or have done all the things that I've done.

I've been really fortunate talking about the seven summits. I get it a lot where "Oh my gosh, you've conquered the highest mountain on each of the continents,"

Well, you know what? I haven't conquered a single mountain, there was just a lot of grace, good grace involved in all of it. A lot of good fortune.

Jimmy Mengel: Metaphorically, I guess, with anything when you're climbing a mountain you have to take one step at a time.

Gary Johnson: That's it. Jimmy, you hit it on the head. Life is one step at a time, but you got to put one foot in front of the other, and you can never succeed if you don't attempt. I think, maybe society in general... takes less risk. Hey, you're not going to get anywhere if you don't take risks and that's a win.

I couldn't help but agree. Let's not keep doing the same thing over and over again and expecting different results. Let's end insanity and fight for humanity.