A Pirate's Life for Me

A fleet of stocks for stormy seas...

Not many investors know the story of Benjamin Hornigold...

Best known as Blackbeard’s mentor and all-around cutthroat buccaneer, he was dubbed “the Pirate’s Pirate” by many a historian. 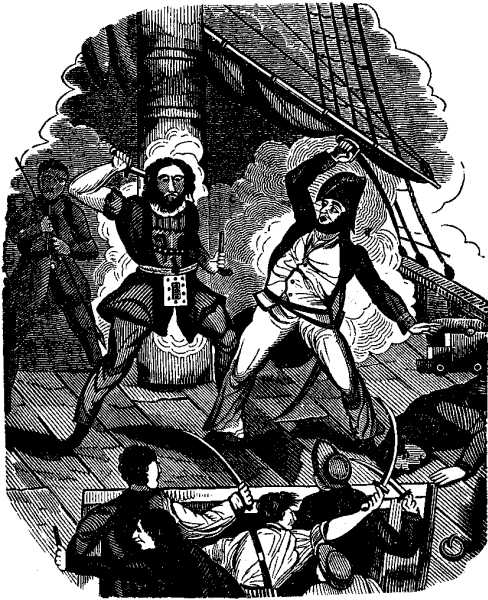 Hornigold had very humble beginnings. He began his legendary pirating career with a couple of canoes – yes, canoes – and terrorized merchant ships off the coast of Nassau. He continued adding to his fleet and within a couple of years, he was captaining a 30-gun warship called The Ranger and pillaging merchant ships with impunity.

The famed pirate was a rather eccentric fellow as well. In one memorable escapade, Hornigold captured a merchant ship in Honduras... but he didn’t steal their goods or kill their crew – he simply demanded the hats of everyone on board.

Apparently his crew had enjoyed too much grog the night before and thrown their hats overboard. In any case, we can learn much from a man who started with only a few small assets and deftly grew his floating portfolio into massive riches.

The takeaway here is that you too can turn a few modest stocks in your portfolio into a huge fleet of profits by utilizing one simple technique that your scurvy broker won’t dare tell you about.

As the publisher of The Crow’s Nest – a pirate-themed newsletter that focuses on both long-term success and short-term plundering – I often take cues from outsiders like Benjamin Hornigold.

Pirates simply knew how to get things done…

But some pirates were also greedy and shortsighted. I am not. I’d much rather captain a fleet of stocks for many years than risk it all on one big score. I wouldn’t risk that one raid unless I had a full fleet to back me up in case the whole operation perished into a watery grave.

In other words, as far as stocks – or merchant ships – go, you need to be picky in terms of what to plunder and what to leave alone.

You know as well as I do that all stocks are not created equal, and very, very few are solid enough to hold indefinitely — especially during times of market turmoil and uncertainly. And we're staring down that blunderbuss right now…

Our politicians have already shown that they are rather unpredictable and volatile. The Fed has never had to pull out the biggest cannons on their ship before. Things are looking stormy to say the least.

If I were a pirate, I wouldn't dare risk life and limb for booty that may not even be on board. That’s why when the market gets uncertain, I turn to my most steady artillery — stocks that I could conceivably hold forever.

So what makes a stock worth holding forever?

One way pirates carved out their fortunes was to threaten violence and terror on those who wouldn’t “pay tribute”.

Barbary pirates from North Africa plundered ships, abducted slaves and attacked ports as far away as the Netherlands and Iceland. Most seafaring nations found it far easier to pay off the pirates then to go to battle with them. For over 150 years, this bribery took place – until Thomas Jefferson finally had enough and the U.S. Navy decided to fight back against the pirates instead of paying tribute.

These days, there are plenty of stocks that regardless of how they are performing, will still pay you tribute.

They are called dividends and the company must pay them out or face the wrath of shareholders.

Much like a maritime merchant, there isn't a stock out there that won't go through ups and downs: infighting, restructuring, splits, spin-offs, etc. But there are some stocks that you are better off sticking with through the thick and the thin...

In my opinion, those stocks are the mighty “Dividend Aristocrats”

I'm not talking about some foppish member of the pirate-fearing aristocracy here: I'm talking about solid blue-chip companies that have raised their dividend each and every year for the past 25 years...

And right now, those are the stocks that I am comfortable owning, even if the market goes through a serious correction.

The list is full of the usual suspects: Coca-Cola Co (NYSE: KO), Exxon Mobil Corp (NYSE: XOM), McDonald’s Corp (NYSE: MCD) and Wal-Mart Stores (NYSE: WMT) to name a few. All of those companies have been no-brainers over the long haul.

But there are some lesser known companies on the list that are great for building and most importantly — diversifying — your fleet.

Our office is located in Baltimore, once known as a "Nest of Pirates". Maryland also offers a slew of dividend aristocrats that make for a fine fleet indeed. They include McCormick & Co (NYSE: MKC), T. Rowe Price Group (NASDAQ: TROW), and Stanley Black & Decker (NYSE: SWK).

These are all great additions to a long-term dividend fleet…

But for my money, I wouldn’t pay any tribute to brokers – who are basically stealing your money for actions you can take yourself.

This ETF provides exposure to 50 companies that raised dividend payments annually for at least 25 years by tracking Dividend Aristocrats. The index contains a minimum of 40 stocks, which are pretty equally weighted. It yields over 2%.

And like Benjamin Hornigold and his tiny canoe, you can start a massive fleet of profits starting with as little as $74.

The rougher the seas, the smoother we sail. Ahoy!