A Miracle Mineral From the Desert

Profits from the strangest of places...

I arrived with my wife via train, in the middle of the night, into the ancient walled city of Fes, Morocco. We shared dried apricots and figs with a friendly passenger named Hasib and he was very kind. He knew that we were out of our element. He greeted us with “As-salamu alaykum” — “peace be upon you.”

It was our honeymoon and — like marriage — we decided it was a good idea to travel to a place unlike we’d ever experienced before.

Greeting us was a boy with a lantern, around 10 years old, who ushered us through the massive city entrance and a Byzantine series of back alleys and riads. I’ll admit that after dozens of turns through the twisting streets, I felt some unease about my ability to find my way back to the beginning.

Trusting yourself in a foreign land to a little boy is an exercise in itself.

The city itself is a marvel. It is flanked by the Atlas Mountains and has existed since the 8th century. Fes is known as "Athens of Africa" and is a UNESCO World Heritage site, and I can tell you, it deserves the accolades.

We awoke to the Salat al-Fajr morning prayers ringing from the muezzin’s minaret before dawn, then circled around the medina in the afternoon, with the sweet smell of cardamom, cumin, and cloves swirling in the warm African air...

One thing I took back from Morocco — besides unforgettable memories and a gorgeous, very expensive carpet that took hours to bargain for — was the tagine. 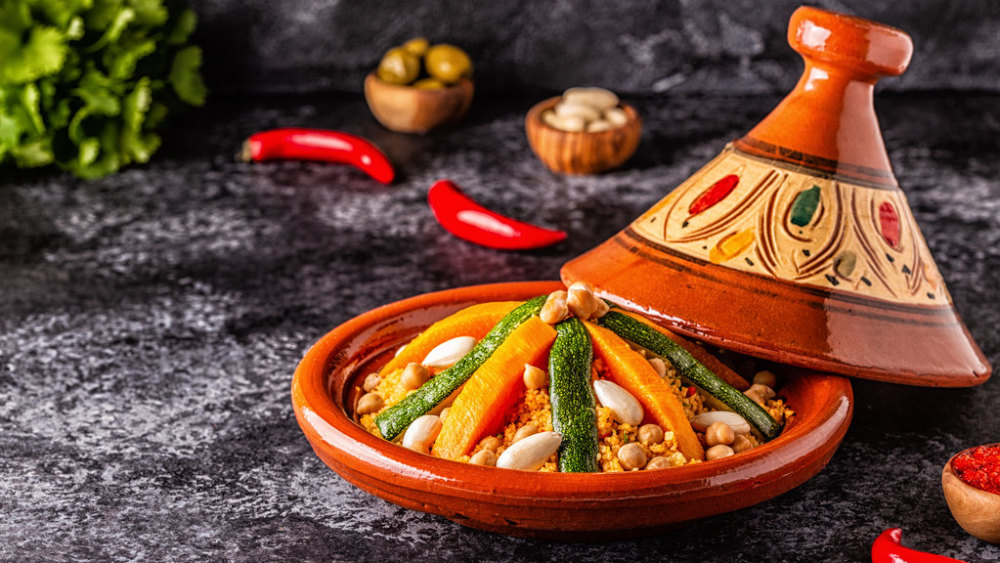 This clay pot is what arrived for almost all of our meals. It held some of the best dishes I’ve ever had anywhere in the world. Prepared using the spices mentioned above, and a mix of herbs, chicken, and vegetables artistically arranged around the sides, I was shocked at how earthy and delicious each meal was.

It also made me wonder how such bountiful food could be produced in the Western Sahara desert.

I asked this question to Hassan, one of our waiters we’d gotten to know.

He told me, in a very strong accent, “Phosphate. We have the most in the world, and nobody would be able to eat without it.”

Phosphate rock is vital to our existence. Without it and nitrogen combined, our growing population couldn’t feed itself. That’s because they are two major ingredients in synthetic fertilizer. While nitrogen is readily abundant, phosphate is quite finite. It’s a rock — there’s no way to manufacture it.

It never occurred to me that one of the most miraculous minerals in history would be found somewhere like Morocco. I did my research soon afterward, and found that until very recently, 80% of all the phosphate in the world could only be found in Morocco.

Hassan also mentioned that Morocco has the world’s largest conveyor belt in order to move phosphate from the inland mines of Bou Craa in order to export the mineral around the world. That 61-mile-long conveyor belt slinks through the desert, carrying 2.6 million tons of raw phosphate each year to the port city of El Marsa. 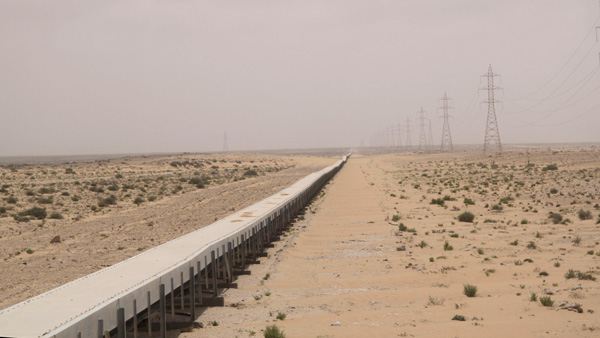 However, the abundant supply that has made phosphate such a cash cow for Morocco has started to break down. Political instability in the country is threatening exports, which have already dropped 50%. Only about 19 shipments have made it out of the port city of Laayoune since the tensions began to ramp up. According to Western Sahara Resource Watch, shipments of the phosphate have never been as low as they have been recently.

That’s because at any moment, the Moroccans could be attacked by Sahrawi guerrilla fighters who claim the area and the immense wealth of its resources as their own. At the same time, a constant stream of guns and money flow to the guerillas from neighboring Algeria, aided by its ally, Iran.

The Moroccans, on the other hand, are supported by Israel and the U.S.

The setup is nothing short of a geopolitical powder keg with each side vying for control of Western Sahara’s immense reserves of this one mineral. As soon as the conflict gets hot, exports of phosphate are expected to cease altogether.

What does that mean for the rest of the world?

It would mean all of those industries that depend on it, like the electric vehicle industry...

The semiconductor and computer chip industry...

And most importantly, the agricultural industry...

All of those trillions of dollars of economic activity would wither virtually overnight. Billions could starve to death. Even more would go hungry.

But as dire as that sounds, there is a backup plan that could loom large for not only the planet's food, but for investors like us...

There is a tiny company trading for less than a dollar that is sitting on a deposit of phosphate so large that it could completely replace the world’s dependence on the Western Sahara. Not only can this company supply more phosphate, but it can do it at a cheaper cost with none of the political instability.

And as China, the U.S., and Europe line up to buy their share of this company’s phosphate, this one company could step in and become a massive player in the market. It has around 78 million tons of phosphate currently.

How much is that worth? Well, right now, the price of phosphate is $147 per ton.

So get in now before the crisis hits and countries around the world are fighting over their reserves.