Bullion coins and bars are relatively affordable, liquid, anonymous, and easy to secure.

But in today's highly competitive retail market, there are several costly mistakes investors can make when buying gold bullion.

One of the biggest mistakes a new investor to gold can make is buying collectible coins.

As you would imagine, collectible (or numismatic) gold coins would include historical and rare coins used as money — that's everything from ancient and medieval gold coinage to the Saint-Gaudens Double Eagle gold coin (arguably the most famous coin of all time) and other pre-1933 U.S. gold coins — as well as proof coins not intended for circulation.

There is also a collectible market for modern gold bullion coins minted with exceptional quality.

Collectible coins are graded by third-party companies using a 0 to 70 number scale.

A coin with a 0 grade is a coin that has been worn down so much that all of its features have disappeared.

Conversely, a coin with the grade of MS70 is described as “the perfect coin.”

The perfect coin isn't just one that has never been circulated — it's one that, as the American Numismatic Association says, “Has a very attractive and sharp strike. The original luster is of the highest quality for the date and mint. No contact marks are visible under magnification. There are no noticeable hairlines, scuff marks, or defects. Eye appeal is attractive and outstanding.”

All collectible coins are graded using this scale. And coins with higher grades are typically less common and therefore more desirable and valuable.

In recent years, modern gold bullion coins like American Gold Eagles and Canadian Gold Maple Leaves have been getting the grading treatment. And these graded bullion coins tend to sell for premiums well-above their ungraded counterparts. 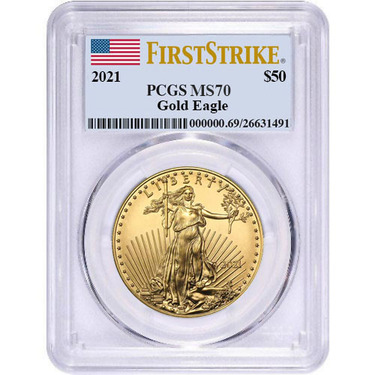 Investors should never pay a premium for graded gold bullion coins. As a general rule of thumb, don't buy anything that looks like the image above.

In the world of bullion, there is a very common product known as “junk silver.” Junk silver is typically any silver coin with no value other than the value of the metal contained in the coin, usually called melt value.

The most common junk silver coins include well-circulated pre-1965 U.S. quarters, dimes, half dollars, and dollars. But they also include any other type of U.S. or foreign silver coin with no collectible value.

The appeal to junk silver coins is typically a lower retail premium over spot prices relative to other silver bullion coins like the American Silver Eagle and Canadian Silver Maple Leaf.

The catch is, however, while bullion dealers sell junk silver coins at low premiums over spot prices, they will typically only buy them back from you with a discount under spot prices.

In the world of gold bullion, there are certain types of gold coins that can be considered “gold junk.”

Like junk silver, junk gold is any gold coin with no value other than the value of the metal contained in the coin.

These coins were historically used as currency and wealth preservation. But unless they have been preserved in perfect condition, they have little to no collector value today. 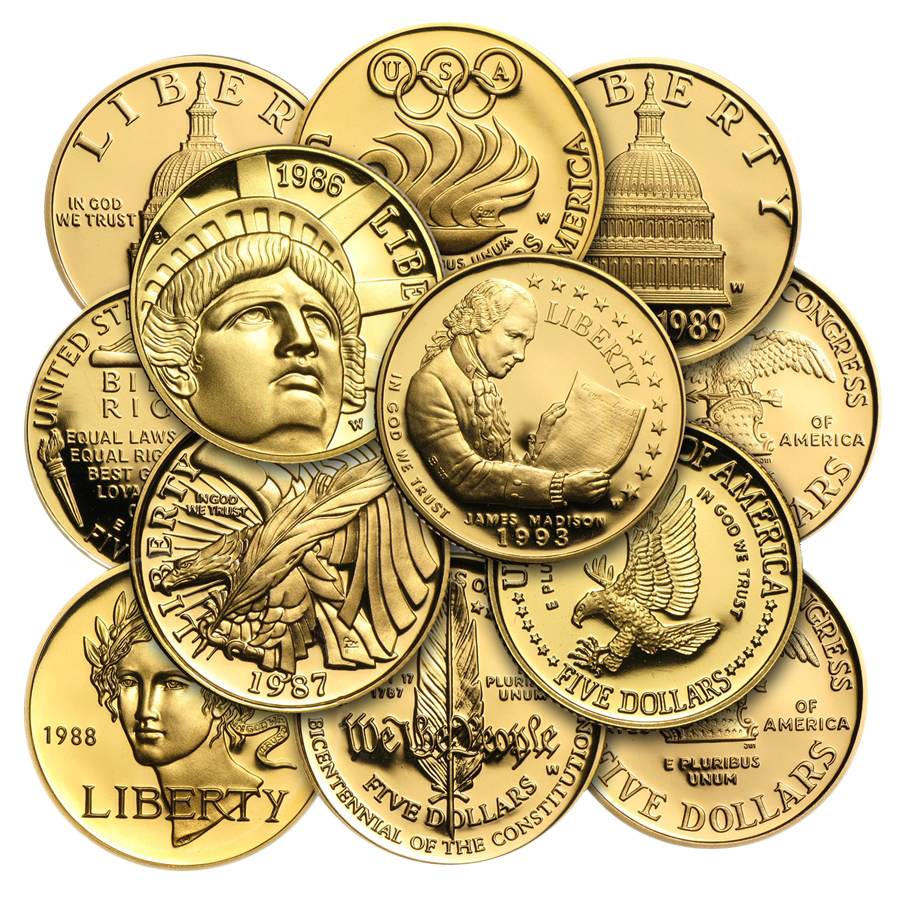 The premiums for European gold sovereigns and some modern U.S. gold commemorative coins are often priced very near spot. But like junk silver gold, when you go to sell these, you're going to receive a discount to spot prices.

Mistake No. 3: Becoming Loyal to a Bullion Dealer

Customer loyalty is a pillar of a company's marketing success. Studies have shown businesses are 60%–70% more likely to sell to an existing customer on another product, compared to the 5%–20% likelihood of selling to a new customer.

But barring any incentive like a customer rewards program, customer loyalty is of little value to the customer.

It's quite understandable, of course, for a customer to be loyal to a brand or company for its prices, quality, convenience, or any number of other aspects.

Apple, for example, has set a new standard for brand loyalty. A 2020 survey by the phone trade-in price comparison website SellCell revealed nearly 92% of iPhone users intend to buy another iPhone when they next upgrade.

But brand loyalty typically ends... well, at the brand.

Few people care whether they buy their next iPhone from an Apple Store, or from Verizon, or from Best Buy, or from one of the other billion places that sell iPhones now. The same thing should apply to buying gold bullion.

I know there are some folks who like to support local businesses and would prefer to only buy gold from their local dealer. But the best thing you can do for yourself when buying gold bullion is shop around for the best prices.

Mistake No. 4: Not Buying Enough

Okay, okay... I know that sounds like something that someone trying to sell you gold bullion might tell you. But in some ways not buying enough gold is a mistake.

Gold bullion coins are often available in fractions of the traditional one-troy-ounce weight standard. But while these “fractional gold coins” are a way to make a very small gold purchase, they typically sell at retail premiums much higher than their one-ounce counterparts.

Fractional gold coins are very expensive. If you're going to buy gold bullion, the absolute minimum investment should be over an ounce.

Mistake No. 5: Buying Into Hype

There's no doubt, this is the biggest mistake investors make when buying gold bullion. Because buying gold in a market environment where everyone is excited about buying gold can be the most costly of mistakes.

Gold is a contrarian investment. Buying gold in a hyped up market is the polar opposite of traditional gold investment. The idea is, of course, to buy low and sell high. Not the other way around.

The price of gold is often a reflection of jewelry and investment demand. So the best time to buy gold as an investment is when most investors aren't interested. Not when they're excited about it. As a general rule of thumb, the fewer people you can find that are bullish on gold, the more bullish you should be.