According to a recent Associated Press-NORC Center for Public Affairs Research poll, most Americans are giving Biden far more credit than they should.

About 40% are giving him far more credit than they should for prices at the pump, in particular.

A historic opportunity is coming up that he can hardly help or hinder, and it may redefine our economy for decades to come.

According to the AP-NORC poll, 70% disapprove of his administration’s handling of the economy. And 40% blame him for the increase in gas prices we’re seeing today.

This, to me, is simply wild. Biden has far less to offer than this poll suggests, one way or the other.

U.S. presidents always rush to claim outsized roles in the economy, especially when it comes to gas prices. They can’t help it. It creates the illusion that they are in control in ways that simply don’t add up.

They all love the fake power grab and the chance at credit where it isn’t due, until it turns against them.

In reality, how the executive branch interacts with the economy is a lot like a theater. Not as an actor, but as a carpenter or theater tech. It builds and sets the stage that other, far more important people act upon. It can do everything it can but sometimes the play is a stinker.

Other times it can neglect its role and fail to set the stage well. Before long, actors are tripping on loose nails, bad floor boards. Props go missing and actors miss cues.

There is a strong argument that the Biden administration is neglecting its role to maintain and build, but the effects will be felt over time. It will not define what is happening now, or most of what is to come. Private industry will. Investors will.

Now is a time when it can make a meaningful difference, but Biden can’t lay claim to credit for it by the time it matters. Let’s hope it makes the important long-term decisions it must.

A shale gas and oil basin so large and prolific that NASA scientists have called it a "geologic wonder" is roaring to life.

It is the new epicenter of the oil and gas industry, and with the sanctions and war disrupting the oil and gas global system, there has never been a more important time for the U.S. to get on board.

But it isn’t American in the way we often think. It’s that other America. The one to the south. The one we often take for granted as its preferred trade partner, though we really should not, especially with the insatiable demand that will pull on it.

Nestled between the Andes Mountains and the Neuquen River in Argentina sits the world's most important untapped resource.

There are so many sites being cleared, NASA satellites can see it from space. 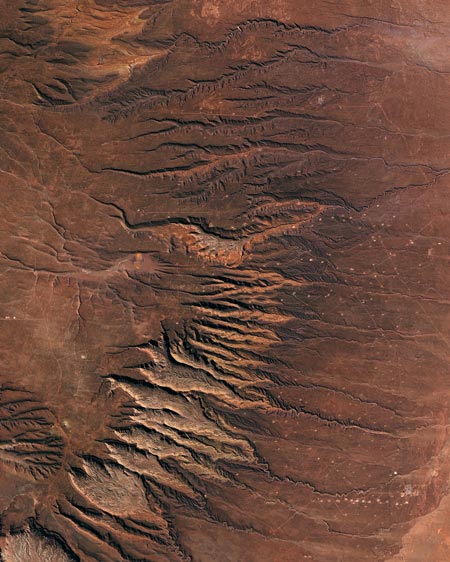 Oil and gas experts predict this is the beginning of another shale revolution — exactly like the one that started in the Bakken Formation in North Dakota and in the Permian and Eagle Ford Basins of Texas over a decade ago.

In total, this oil and gas basin encompasses over 30,000 square miles.

And the companies that are poised to tap into it have learned all the lessons from the U.S. shale revolution — from horizontal drilling, to financing, to global trade.

As Europe as a whole is threatened with energy insecurity and the EU and U.S. move toward long-term sanctions and exclusion, it won’t be domestic production that takes up the slack. It won’t be the OPEC nations in the Middle East.

It’ll be South America, where the future of energy security will be secured. It will come with a cost. It will flood a handful of companies with controlling stakes and the capital to develop the new fields with windfall profits.

Luke Burgess, fellow Outsider Club editor and commodities expert, knows exactly what I’m talking about. He told me all about it and he just told all of his Junior Mining Trader readers the same.

We’ve just been reminded that petroleum defines our economy and will for decades to come. Take this lesson to heart. The stage is being set for the next big revolution. Perhaps the last, but one that will take decades to pan out.

All the proclamations from presidents and their proxies won’t matter. They may claim credit but they don’t deserve it. The companies and shareholders that move early will, and that is happening now.