3 Gold and Silver Stocks Under $5

Precious metal prices are rising amid seasonal demand and a devaluation of the U.S. dollar.

In the past three weeks alone, gold prices have increased by as much as $150 an ounce.

We talked about the reasons for the dollar’s reversal and the factors driving seasonal gold demand last week.

Today I want to show you three gold and silver stocks trading under $5 that are best positioned to leverage rising metal prices.

The first is a well-known Canadian gold producer with a long-standing proven track record for delivering shareholder gains.

Kinross produces about 2 million ounces of gold per year from six mines on three continents. The company’s biggest assets include the Paracatu mine in Brazil and Tasiast mine in northwestern Mauritania.

Paracatu is the largest gold mine in Brazil, producing more than 550,000 ounces of gold per year. Meanwhile, Kinross is rapidly developing its Tasiast mine into another world-class project by increasing throughput year after year. 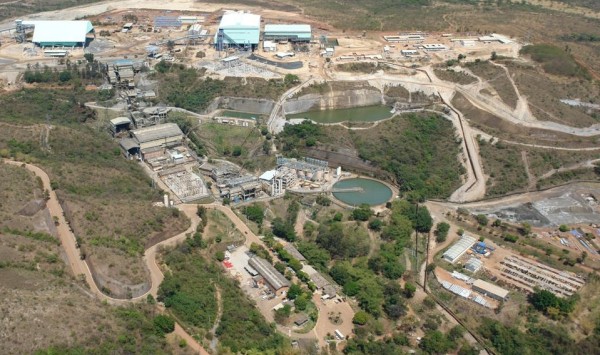 The company also operates the Fort Knox mine near Fairbanks, Alaska (which produces more than 250,000 ounces of gold per annum) and is actively developing large gold projects in North and South America.

Kinross has a strong balance sheet, with sales, earnings, total assets, and production all increasing in the most recent quarter. 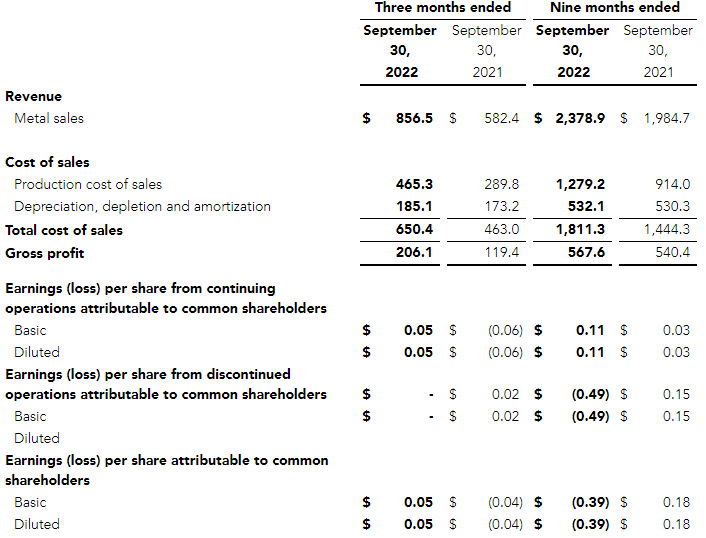 Even though shares of KGC are trading at just about $4 right now, the company has a market cap of $5.2 billion, making it the largest precious metal company we’ll talk about today. However, strong financials and great name recognition make KGC a fairly safe bet to leverage rising gold prices.

It should also be noted that KGC pays a little dividend at just over 2.9% right now. The next ex-dividend date is December 1. Investors who own shares before that date will receive $0.03 per share on December 15. That’s not going to buy you a Ferrari. But it’s something extra for the holidays.

Up next is another well-known Canadian gold miner: Yamana Gold.

Yamana Gold is actually quite similar to Kinross in a lot of ways. The company operates five precious metal mines and has a significant pipeline of development projects in North and South America.

The company produces about a million gold-equivalent ounces per year; about 88% of that is gold, the rest is silver. One of Yamana’s most important assets is the Malartic mine in Quebec. 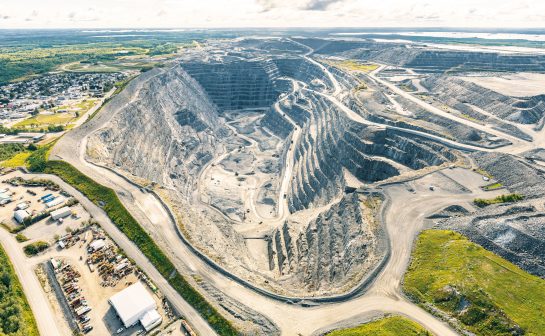 The company owns a 50% stake in the Malartic mine (along with Agnico Eagle Mines), which is Canada’s largest gold mine, producing more than 300,000 ounces of gold per year. The Malartic mine is currently transitioning from a large open-pit operation to an underground mine. Yamana says the move could nearly double gold production, adding as much as 600,000 ounces, when completed.

Unlike Kinross, however, Yamana’s financials could be better. Revenue, earnings, cash flow, and production all decreased in the third quarter of 2022 compared with 3Q 2021. 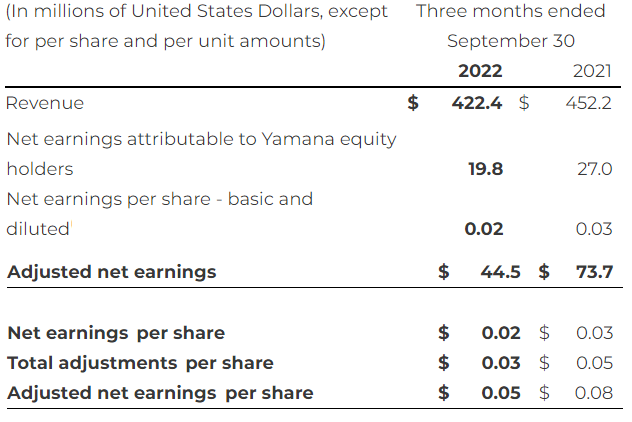 Yamana just barely makes this list for gold stocks under $5. As I’m writing this, shares are closed at $4.98. That gives the company about a $4.8 billion market cap. Comparing Kinross’ P/E ratio (16.72) to Yamana’s (18.44), Kinross looks a little cheaper right now. However, both companies have very good name recognition and should do well as commodity prices continue to rise.

Moving on to a company that focuses on silver, there’s Hecla:

Hecla is another stock that barely makes the list of gold stocks under $5. But the company is the largest primary silver producer in the United States, with output exceeding 13 million ounces per year — that’s about 35% of America’s total silver production, according to data from the USGS,

The company’s primary asset is the Greens Creek mine in southeast Alaska. Greens Creek is one of the largest and lowest-cost primary silver mines in the world. It produced 9.2 million ounces of silver in 2021. 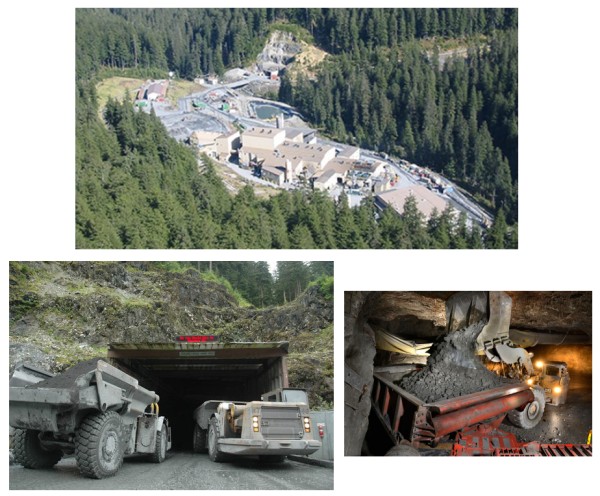 Hecla owns and operates four major mines in the U.S. and Canada and is developing exploration projects throughout North America.

Unfortunately, the company’s financials have seen negative growth over the past several quarters, especially in the most recent quarter.

Despite less-than-desirable financials, Hecla remains in a great position to leverage rising silver prices as the most important domestic supplier of the white metal in America.

Seasonal demand for precious metals, combined with a reversal in the value of the U.S. dollar, put gold and silver miners like these in a very good position for short-term gains.

Nevertheless, the upside potential for gains from these larger gold companies is limited. The biggest gains come from the smaller, more unknown gold stocks.

They’re generally known as “junior gold companies.” Most of the time these companies aren’t mining any gold yet. Instead, they use drilling and other exploration techniques used to hunt down the yellow metal.

Now, as you can imagine, not every gold exploration effort will be successful. In fact, most of them won’t be. If they were, gold wouldn’t be nearly as valuable.

However, if you know what to look for in a junior gold company’s exploration results, you can greatly increase your odds of picking a winning gold exploration stock.

I’ve spent almost 20 years of my life looking at exploration results from gold and precious metal projects. And in all that time, I’ve only seen a handful of drill results that make me think, Holy cow, these guys found something huge.

The New Found Gold story is old at this point. Everyone in the gold investment space knows about it.

But I’ve discovered another gold exploration company that I think could become just as big as New Found Gold or bigger.

Oh, and they only drilled 1,400 meters because that’s how deep the drill could go!

If it were possible to drill longer, the company would have found more.

Right now, virtually no one knows about this company, but it's on the verge of making an absolutely huge discovery that could be worth billions of dollars.

I just finished putting the final touches on a brand-new report that gives all the details about this exciting company. You can access this report here.