Zombies Are Real and Congress Won't Save Us

If there were a zombie apocalypse, would Congress do anything about it?

I don't think so.

I think every single member would grab up their families and head for some top-secret, heretofore unknown bunker. There would be no search, no funding for a cure — just a bunch of old white dudes hunkered down like Prince Prospero.

The basis for this belief is the way Congress has handled the Zika virus.

It's been seven months since President Obama requested emergency funding to combat the disease. And in that time Congress has done nothing.

There was a bipartisan agreement from Sens. Roy Blunt, R-Mo. and Patty Murray, D-Wash., to provide $1.1 billion in emergency funding, but it was scuttled when language was added to defund Obamacare and Planned Parenthood, weaken environmental protections against pesticide, and allow the Confederate flag to fly at veterans cemeteries.

Evidently pleased with that effort, Congress went on vacation in mid-July and isn't coming back until September.

That's a month and a half of vacation, while Zika continues to spread.

[Note: If you want to invest in a company that's actually doing something you have until August 31.]

By the way, no other workplace in America allows its workers to declare the timing and the length of their vacations. This is a privilege reserved exclusively for congressmen who make $174,000 a year. And this body, the House in particular, has exercised that privilege to set aside 255 days off in 2016.

In July, Congress voted itself a 13-day vacation, and then stood in recess during both the Republican and Democratic national conventions, before taking off for the entire month of August. As a result, your representative has been off the grid since July 15 and won't be back until Sept. 6.

They'll break again just weeks later, in October, for the election, and not come back until Nov. 14.

And so, for the entire year, the House is scheduled to be in session for just 111 days. 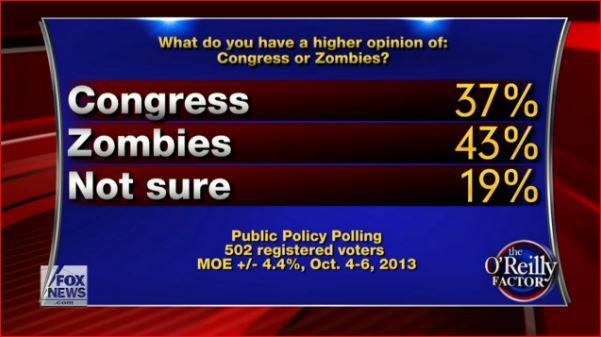 In the meantime, the Zika virus has spread out of the jungles of Brazil, to the beaches of Miami, and as far north as New York.

According to the Centers for Disease Control and Prevention (CDC), there are nearly 1,000 pregnant women with laboratory-confirmed Zika Virus in the United States and its territories.

Earlier this month, the CDC issued a travel advisory for part of the continental United States for the first time in the agency’s 70-year history, warning pregnant women to stay away from Miami.

The number of cases in New York has risen to 483. A baby born there in July had birth defects associated with the disease.

The city says the virus is an even bigger problem considering a handful of New Yorkers contracted Zika through sex.

"Our city is second in our country with Zika cases and four of these were transmitted through sex," said Carolyn Maloney, representative of New York's 12th congressional district. "The threat across this country and in our city is deep. It is strong and it is real."

It's real in the American territory of Puerto Rico, as well. There, more than 10,500 Zika cases have been reported. That's a lot for such a tiny island.

There's no cure for Zika, but we do know how to prevent it. With the right measures, the spread of the disease can be suppressed until a vaccine is developed. Unfortunately, funding for such efforts is inadequate, and it will remain so until Congress decides to act.

“As a pediatrician, it absolutely baffles me that Congress has not passed legislation to fund a federal response for the Zika Virus, a response that can prevent an epidemic,” pediatrician Ankoor Y. Shah wrote in a commentary for CNBC. “Pediatricians are counseling parents about the risks of Zika for future pregnancies, and we will care for any child that develops microcephaly. We are doing our jobs; it's time for Congress to do theirs.”

The response from Congress?

Maybe they'll get to it after the election...

“I think there’s a lot of stuff that gets pushed until after all the festivities in the fall elections,” says Republican Senator John Thune.

Do you see why I'm worried about zombies? The mindless mass of rotting flesh piles that have forgotten what it is to be human? The soulless plague that feasts on the living?

They're not science fiction.