“When the whole world is running towards a cliff, he who is running in the opposite direction appears to have lost his mind.”

I want you to pay close attention to the quote above.

It’s how we operate here at Outsider Club.

When the greedy Wall Street bankers go one way, we like to run as fast as we can in the opposite direction.

Take the latest story out of Morgan Stanley, for example.

Last October, as Bitcoin reached all-time highs of $60,000-plus, the big bank purchased up to 13 million shares of a relatively unknown crypto trust fund called the Grayscale Bitcoin Trust (OTC: GBTC), which acts as an investment vehicle for investors to gain exposure to Bitcoin in the form of a security without having to buy or store it themselves.

But when the crypto winter hit at the start of 2022, according to SEC filings, the bank got scared and sold 2 million shares for a loss of 33%.

Outsider Club readers, however, had known about this fund long before the big banks did.

Had you bought in June 2021 when we first wrote about the fund and sold when the big banks were buying, you’d have made 78% in just four months.

But now the too-big-too-fail bank is getting greedy again and betting on Microstrategy (NASDAQ: MSTR), the data tracking company that famously took on debt to buy loads of Bitcoin, propping itself up as a so-called “Bitcoin ETF.”

The bank’s already lost $1 million on the trade.

That’s because former Microstrategy CEO Michael Saylor can’t make his mind up about what Bitcoin actually is.

Here’s a tweet from the former CEO last week where he tries to explain himself out of the hole he’s dug: 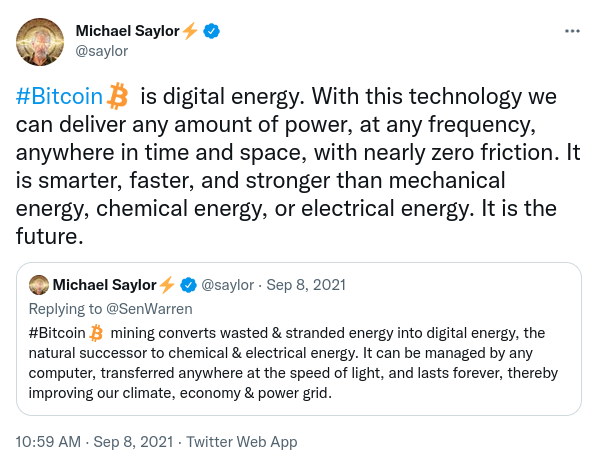 Someone commented that he wants whatever Michael Saylor’s smoking...

Just watch any video where Saylor “explains” what Bitcoin is and you’ll leave more confused than when you started.

The point is, just like the big banks, Saylor got greedy.

So join Outsider Club today for FREE. You'll learn how to take control of your finances, manage your own investments, and beat "the system" on your own terms. Become a member today, and get our latest free report: "Bitcoin: What You Need to Know Before Investing."

When Bitcoin reached its all-time high last year, Microstrategy issued bonds and then spent that money on 129,699 Bitcoins at an average price of $30,650.

Both Bitcoin and the company are down more than 50% year to date. 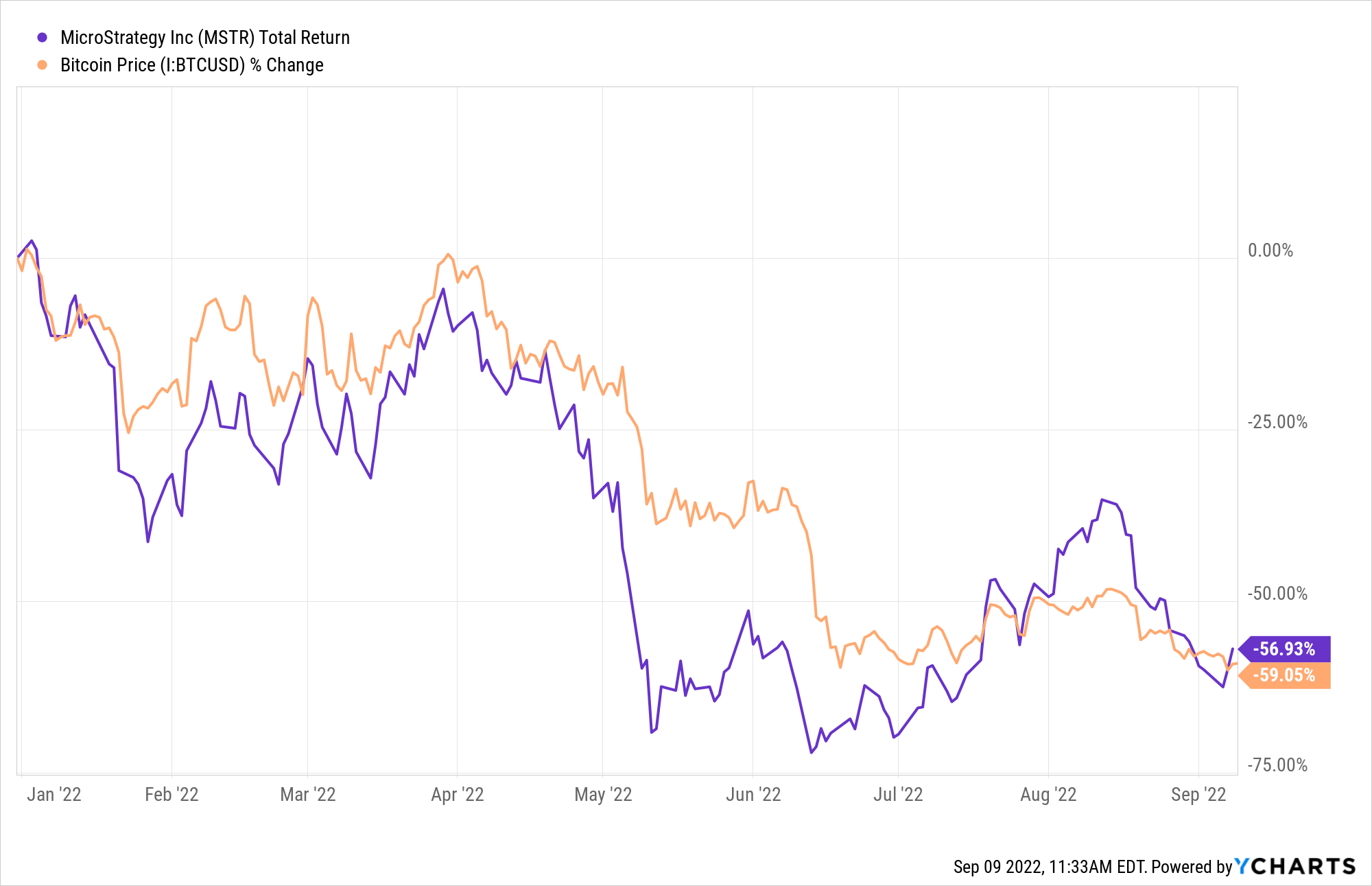 After a string of poor business decisions, Saylor had to step down as CEO earlier this month because he’s being sued by D.C. attorney general Karl Racine for tax evasion to the tune of $25 million.

Saylor allegedly claimed to reside in Virginia or Florida, which have lower or no personal income tax rates, while actually living in several different homes around D.C., including a penthouse apartment in the Georgetown neighborhood or on his yacht on the Georgetown waterfront or Potomac River when the apartment was undergoing renovations, according to the lawsuit. The suit includes several screenshots of posts that appear to be from Saylor’s Facebook page dating back several years and referencing the view from his “Georgetown balcony” and discussing his “home” while tagging Washington, D.C.

It’s not a good look.

What other fraudulent activities are going on at Microstrategy?

We’ll have to wait and see.

Amid all this drama, the U.S. government is now making big crypto moves.

This comes as the crypto community has been waiting for a U.S. government crypto stance for over a year.

The report leaves the door open for further executive action against anyone who doesn’t comply with the left’s green energy policies.

A key section of the report states that crypto must follow the Biden administration’s policies or else...

To help the United States meet its climate objectives of a 50%–52% reduction in GHG emissions by 2030, a carbon pollution-free electricity system by 2035, and a net-zero emissions economy no later than 2050, crypto asset policy during the transition to clean energy should be focused on several objectives: reduce GHG emissions, avoid operations that will increase the cost of electricity to consumers, avoid operations that reduce the reliability of electric grids, and avoid negative impacts to equity, communities, and the local environment.

Should these measures prove ineffective at reducing impacts, the administration should explore executive actions, and Congress might consider legislation to limit or eliminate the use of high-energy-intensity consensus mechanisms for crypto asset mining.

The good news is that the government is acknowledging crypto as a store of value and doesn’t seem interested in outlawing it anytime soon.

Not to mention, when miners get shut down for not complying, it will restrict the supply of crypto, which could lead to another bull market.

Maybe that’s why crypto bulls were cheering last week, with Bitcoin passing $21,000, a key support level for the struggling coin.

But remember the quote above.

All of this is just another way for the government to try to exert control over something it doesn’t understand.

This report is a red herring for Biden's failing energy policies.

What it's signaling is that we need to invest in energy now...

Russia announced last week that it's cutting off gas exports to Europe indefinitely.

That means Europe is scrambling to find gas.

OPEC is loving every minute of it while restricting supplies and elevating prices.

But Europe won't let its citizens freeze, so it'll once again turn to the U.S. for help.

This might be your last chance to invest in energy before the chaos hits.

You need to take a good hard look at this energy report from our oil and gas expert Keith Kohl before it's too late.

And God save the queen!