What’s in a Name?

Don't turn to the Ouija board for investment advice...

It's 1890 in Baltimore, Maryland, and Charles Kennard looks around at his failing fertilizer business at 220 South Charles Street.

He needs to make a product that capitalizes on people's fears, emotions, and desires... one that's not tied to the cyclical nature of farming.

So he gathers four investors for the purpose of building a company that would exclusively manufacture and market one such product.

The company, called the Kennard Novelty Company, would be the first to mass produce the “Wonderful Talking Board,” commonly known as the Ouija. 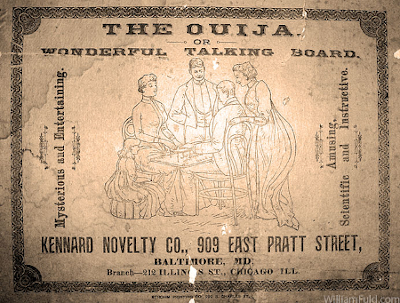 It was so successful that the Kennard Novelty Company opened another factory on Pratt Street in Baltimore, two factories in New York, two in Chicago, and one in London.

The popularity of the talking board stemmed from the American Spiritualism movement of the 19th century, when the average lifespan was around 50, women often died in childbirth, disease was rampant, and death from war was all around.

Smithsonian Magazine notes that, “Mary Todd Lincoln, wife of the venerable president, conducted seances in the White House after their 11-year-old son died of a fever in 1862...”

So the market was already in place.

The Ouija board offered a quick hit of spiritual communion among family and friends and was played all over the world, but no doubt Baltimoreans relished it the most, even if it was just a “toy.”

The scientific explanation for the knee-jerk muscle movement that seems to come from another realm while playing with the board is called the “ideomotor phenomenon.” It’s an unconscious, reflexive muscle movement that occurs when we focus on a specific word, thought, or action. It can affect an individual but is amplified with more people involved.

It’s these reactive twitches that can affect our daily lives, too.

And if we’re not careful, the language we hear and focus on can shape our investing behaviors without our knowledge.

The ideomotor phenomenon is also called the “Florida effect,” and it proves that language primes our brains into performing certain actions, often unconsciously.

In 1996, psychologist John Bargh conducted an experiment with young students. The researchers asked students to construct sentences using flashcards. One group was given flashcards with words synonymous for old age, including bald, wrinkles, arthritis, Florida, and forgetful. The control group was given words that didn’t have anything to do with age.

Once a student completed a sentence, they were asked to walk down a long hallway and sign out of the building. But that’s where the real experiment began...

So it's these small words or phrases that have profound effects on our actions.

A current example is of course Facebook’s timely name change to Meta. I don't know about you, but I'll still call it Facebook. Zuckerberg wants to throw us off the scent and confuse us, especially now that the entire world is skeptical of the company's business practices.

Even further, this phenomenon is partially to blame for boom and bust cycles in the market. When millions of people hear and read information pumped out by the mass media or Big Tech, it affects more than just one person’s investment decisions. And these small decisions add up to have a greater impact on the economy as a whole.

So whatever you do, don’t let the constant media cycle unconsciously affect your trades.

Stick to your plan, whatever that may be. Make sure to understand what you’re reading. Never invest more than you can afford to lose, and, just for fun, maybe ask a Ouija board if you should invest in Dogecoin.

We’ve had some great winning opportunities the last few months.

On Oct. 4, I added Alibaba (NYSE: BABA) to my watchlist because shares were down 50% year-over-year, trading at $139.63 to end the day. In fact, the company lost $344 billion of market capitalization, the biggest yearly loss of value globally, according to Bloomberg. 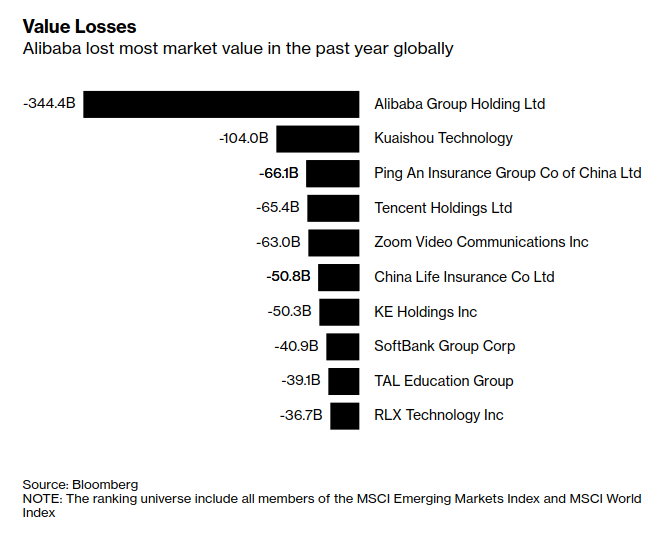 On Sept. 13, I added Blue Apron (NYSE: APRN) to the list at $3.95. It’s since grown to $8.59, a gain of 117%. Per my investing philosophy, I would recommend selling half your stake once you net a 100% profit. This ensures you have some gas in the tank while letting the house money grow worry-free.

I also mentioned the ProShares Pet Care ETF (BATS: PAWZ) at $80.46. After a bit of volatility, it’s risen to $83.57, a gain of 3.8%. Nothing to write home about, but it’s nice to be in the black here while tracking a burgeoning industry.

And another winner on the books is Cryoport (NASDAQ: CYRX). I recommended it at $63.32, and it’s seen strong growth, up 27% to $80.48. The company is a leader in cryogenic transportation, which is crucial for vaccine shipment.

In the same article, I mentioned Volta (NYSE: VLTA) at around $11 as a play on EV infrastructure. I still like the company, but it fell five points after reaching its all-time high of $13. We would have been stopped out once it fell 10% from the high to lock in profits and mitigate losses. It’s now trying to make a comeback, rising nearly 18% last week. But with EV companies, as well as marijuana and healthcare stocks, you want to be careful and treat them as speculative plays. I’d recommend allocating no more than 5% of your total portfolio to all speculative plays and using a tighter trailing stop.

My system found that Oxford Square Financial Group (NASDAQ: OXSQ) had strong insider buying on Oct. 4, with the insiders paying $4.03. With some increased volume, the stock’s since gained 5.5%.

Anyone having fun with this cryptocurrency market? Hopefully you followed my advice and got in at the beginning of October.

In less than a week after I mentioned it, Shiba Inu made crypto history, briefly surpassing Dogecoin’s market cap. It’s now the 11th largest crypto, with a market cap of $38.5 billion. That’s more than the market caps of some blue chips that actually make money, including General Mills (NYSE: GIS), Best Buy (NYSE: BBY), Southwest (NYSE: LUV), and Kellogg’s (NYSE: K), among others.

Our crypto expert Christian DeHaemer doesn't see this market slowing down anytime soon. But he's found an even better way to play the crypto surge, without owning any crypto.

And he says Nov. 3 is your last chance for maximum profits before a big crypto announcement this week.