I mean, the last few years were weird and all, what with zero rates and Occupy Wall Street and the outright militarization of police and no wage growth and record CEO pay...

But now things are really weird.

Trump, the presumptive Republican nominee, is the King of Untruths, and yet no one cares. The plebes are so jaded with the system and tired of living paycheck to paycheck and fed up with the political-class status quo that this orange-haired blob lobs a couple un-PC quotes their way and they lap it up.

Hillary is an Establishment criminal.

The country deserves both of them. The lot of us have taken our eye off the ball.

How Weird Are Things?

Things are so weird that a large part of the world has swallowed negative rates as normal. You're supposed to get paid interest on deposits. Not the other way around. Only in a world gone mad could this idea even be entertained.

That can only happen in a Bizarro World.

In case you forgot, police are supposed to protect you from theft. But in our brave new, weird world, the Washington Post reports:

Here’s an interesting factoid about contemporary policing: In 2014, for the first time ever, law enforcement officers took more property from American citizens than burglars did (see chart ).

Officers can take cash and property from people without convicting or even charging them with a crime — yes, really! — through the highly controversial practice known as civil asset forfeiture. Last year, according to the Institute for Justice, the Treasury and Justice departments deposited more than $5 billion into their respective asset forfeiture funds. That same year, the FBI reports that burglary losses topped out at $3.5 billion. 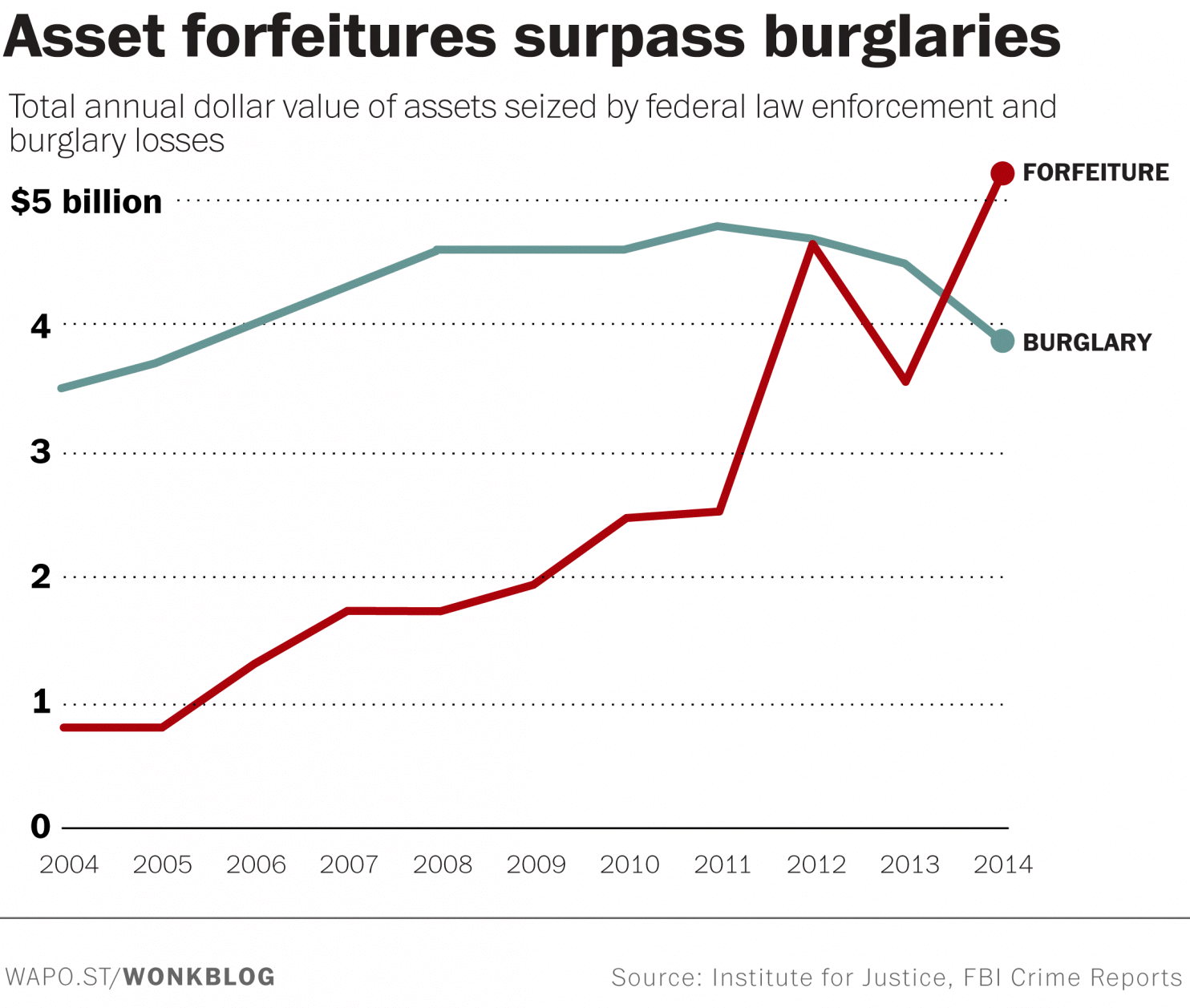 No bankers or politicians ever get jailed for stealing from you, so I guess the cops figured they should join right in.

When U.S. cops take $5 billion worth of stuff from U.S. citizens... something ain't right.

Things are so weird that consumers are being fed fake products.

You of course heard about the Volkswagen emissions scandal. It was straight-up selling products it knew were lies.

And it wasn't alone!

In Bizarro World anyone can sell a fake product. Mercedes-Benz, Honda, Mazda, and Mitsubishi have been shown to emit more pollution on the road than in regulatory tests.

And the best thing about Bizarro World is that we get to pretend it isn't bizarre.

We'll call these things scandals or snafus. The Guardian called the Volkswagen thing an 'emissions row.'

It wasn't a 'row' — defined as a squabble or quarrel.

It was an example of systematic deceit and lies told by a multibillion-dollar international corporation.

There are more examples, of course. This isn't isolated in the least.

TD Bank for years offered a product in its branches that would count your coins, and you'd take the receipt to the teller to get your cash. A new report has shown that the machines miscount customers' change by as much 15%. And in the test that was conducted, none of the 'errors' were in the customers' favor.

That's not 'miscounting' or an 'error.' That's theft by a major bank.

Or how about Fitbit, the company who's only product is fitness trackers.

Its products don't track your fitness!

Researchers at the California State Polytechnic University found that Fitbits 'miscalculated' heart rates by up to 20 beats per minute.

Only in today's reality is that a 'miscalculation'.

In any other reality that's a faulty product. It doesn't do the main thing it's supposed to.

But when the company IPOed last year that didn't keep mainstream cheerleaders from helping drive the price up to over $50.00.

People bought the stock at that price.

Hope you're enjoying your stay in Bizarro World.

And here's one from just this week...

The Deseret News ran this week an op-ed from Senator Orrin Hatch in which he condemned Supreme Court Nominee Merrick Garland after a meeting the two had together.

But here's the thing... the two haven't met yet.

The Senator penned a response to a meeting that was in the future... and a newspaper published it.

To be clear: the only way you can publish a reaction to something that happened in the future is by time travel.

How weird are things when newspapers are publishing a U.S. Senator's response to a meeting that hasn't happened?

They're more than weird. 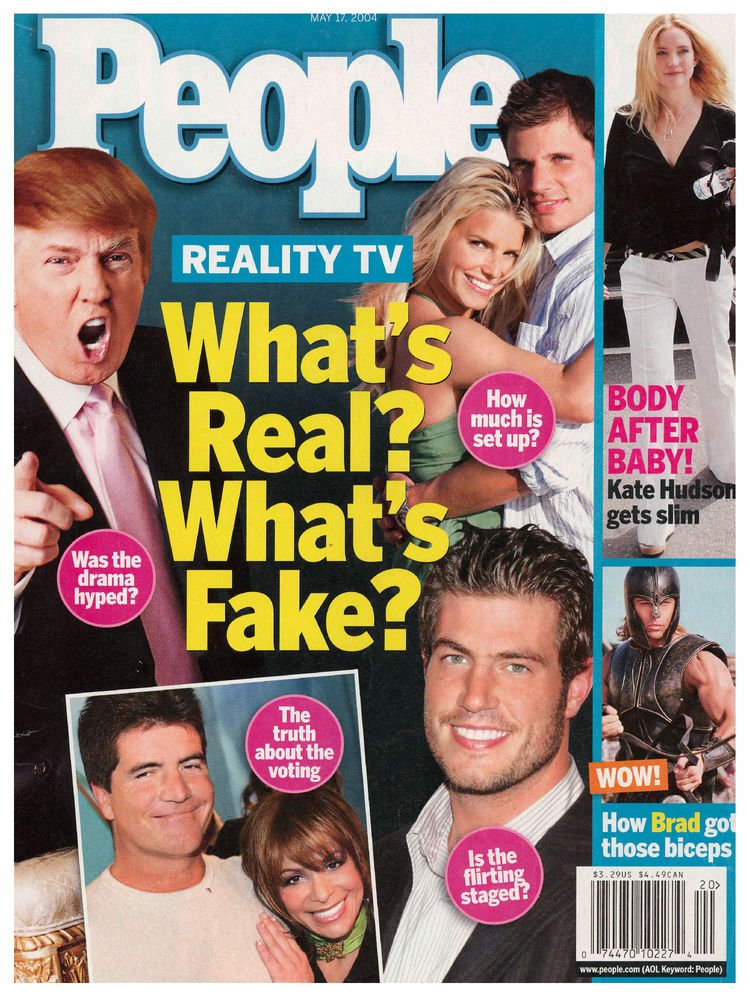 We live in a time where mirages are real and deceit is default practice.

Deceit. Fake. Fraud. Call it what you will, those things are now business as usual for multibillion-dollar companies, governments, and their agents.

Because actual reality — that place where two-thirds of Americans can't come up with $1,000 and wages are stagnant and 30 million people are on antidepressants — sucks.

And rather than make it better, its seems the majority of our species is just too content to live in some version of unreality.

Stay cautious. Stay vocal. Call out nonsense when you see it.

The day of the contrarian is coming.

We All Should Have Seen This Coming
Who could have seen this correction coming? Everyone.
On Noting, Understanding, Supporting The Trump Candidacy 2016
On Noting/Understanding/Supporting the Trump Candidacy 2016
The Donald Trump Quote You Didn't Hear...
As Donald Trump said, ''Look for opportunities in every climate.'' And right now, the temperature is starting to heat up in legal marijuana.
Terrorism, Trump, Wife Spats, and Junior Gold Mining Stocks
Last week there were a lot of calls for the bottom in gold and silver and a deterioration of the dollar. We took the other side and continue to. Many of the companies we are watching are already seeing pullbacks and we anticipate further pullbacks in the next several months.
Investing in Marijuana Without Getting Burned
The marijuana industry has rewarded scores of investors with life-changing gains.