In late May I told you that “the gold price is likely to take a small breather to close out May but I expect increased volatility in June/July that could lead to a serious run at $1,800."

"The mirage of central bank-induced financial stability will not end well. There will be more cracks in the already compromised foundation of the financial structure. Cracks that the Fed believes can be cured with magic money from the digital printing press.” 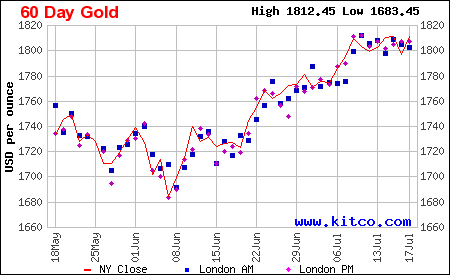 If you play this new gold bull market the way you’ve played the past four years you will do well but be regretful about the money left on the table.

What I do know is that the world’s sugar daddy, Fed chief Jerome Powell, will do everything in his power to provide liquidity.

It’s rumored that over 100 countries have reached out to the IMF asking for a lifeline. Eventually, the market will force the Fed’s hand and rates will rise. The rise in rates — and the stronger dollar that comes with it — will force overseas defaults that will fundamentally change the way financial markets are structured.

It’s why the Fed is now buying corporate bonds. There’s actually a shortage of those now.

Remember last month when I posed the question of whether or not the Fed would buy individual stocks after announcing last month it’s buying corporate ETFs?

It didn’t take long and now you can add individual corporate bonds to the list of “support” the Fed is providing the markets.

The Fed would establish two credit facilities — one for newly issued bonds and leveraged loans and another for those already on the market and tracked through ETFs.

The balloon is the market, the Fed’s liquidity is the air and eventually it’ll pop.

But that process takes time and it usually takes longer than I think it will.

That’s good news this go-round. Because it means the gold bull market we are entering will likely be a historic one that lasts longer than even I anticipate.

The S&P 500 is trading over 22 times expected earnings over the next 12 months. The highest in 18 years and close to where it traded right before the dot com bubble implosion when it traded at 24.4 times earnings. We’re close.

Take a look at the chart showing the fiscal deficit here in the U.S. On the far right is where it’s at now. Last time it was there was 1943! Now what could’ve been going on in 1943? 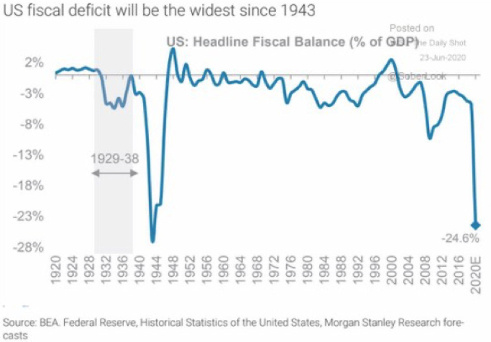 Whether you just started reading my rants or have been following my work for the past few years, you’re in the early stages of this bull cycle and will do incredibly well.

The leverage the precious metals stocks provide isn’t even on the radar of Robinhood traders or most generalist funds. We’ll sell to them later at higher prices. 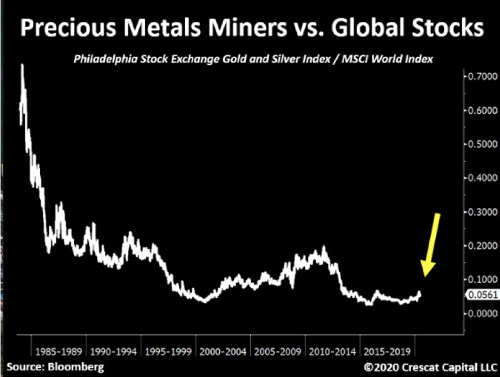 There are however ways to maximize those gains and as I’ve said repeatedly quoting the great Wayne Gretzky: "You have to go where the puck is going not where it is."

Which is my way of pandering to my Canadian friends. It’s also my way of telling you that in order to maximize gains you need to put in the work that allows you to identify the types of companies that will not only sustain these early gains but add to them in a meaningful way.