On December 9, the U.S. military made major headway in its effort to catch Russia and China, who have long outpaced us in cutting-edge weapons development.

Indeed, while our two main geopolitical adversaries have already deployed hypersonic weapons — missiles that travel more than five times the speed of sound — the Pentagon has been trapped in the testing phase.

Until now, it seems. 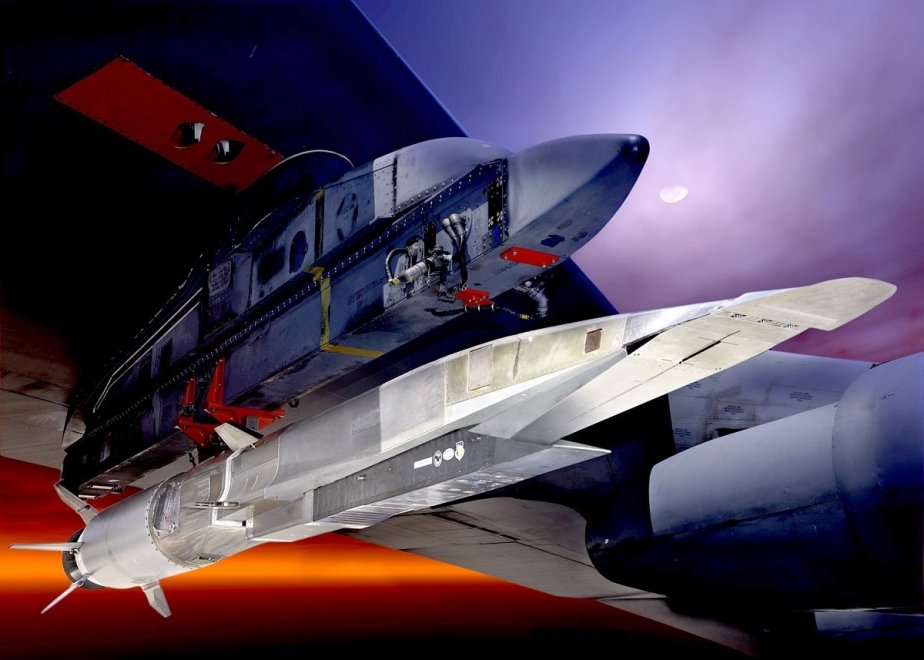 The test launch was conducted off the coast of Southern California, where it reached full speed before detonating at its target area.

The ARRW is a boost-glide missile. That means it uses a booster rocket to reach hypersonic speeds, at which point the glide vehicle separates from the booster and fires toward its intended target.

The test is a massive milestone that could put the ARRW into production by production as early as FY24.

The Air Force originally intended to buy the first 12 AGM-183As in FY22, but Congress cut funding for the program after a series of three testing failures.

However, with some persistence, the ARRW conducted its first successful booster test launch this May and a second in July.

Now, after five years of development, it appears to be ready for action.

And it couldn’t come at a better time.

As I said, Russia and China have outpaced the United States in hypersonic development. In fact, they’ve already deployed hypersonic weapons, with Russia becoming the first country to actually use one during its invasion of Ukraine.

The disparity has led to a massive infusion of government cash and an increase in high-priority hypersonic projects at the Pentagon.

In addition to the ARRW, that money has been used to develop the Hypersonic Air-Breathing Weapons Concept (HAWC) — a hypersonic cruise missile that releases from a fighter jet.

That program is also making progress, as the HAWC missile demonstrator earlier this year set a record for hypersonic flight under scramjet power, achieving about 327 seconds of hypersonic flight.

That test marked the first use of a Marine Corps logistics truck as a medium-range missile launcher. The trucks are widely available and extremely mobile, so they make a good platform for rapid deployment.

The OpFires program is scheduled to have another round of flight tests and complete a critical design review later this year.

The Air Force isn’t the only military branch striving to deploy hypersonic weapons, either.

The Navy is developing a hypersonic munition called the Conventional Prompt Strike missile.

The CPS is will travel at Mach 5 with a range of more than 1,700 miles. It's objective would be to weaken China's coastal defenses and offensive capability, as well as guard U.S. assets in the Pacific, in the event of a war.

The CPS could first even be deployed on the USS Zumwalt — an advanced destroyer — by 2025.

Meanwhile, the Army could field its own hypersonic missile — the Long-Range Hypersonic Weapon (LRHW) — as soon as next year.

And finally, there’s the matter of hypersonic defense.

Like I said, Russia and China have already deployed these weapons. So the Pentagon is scrambling to develop an adequate defensive system.

After both companies’ prototypes are tested, one will be chosen for full-scale production and be deployed within the Aegis ballistic missile defense system.

Furthermore, the U.S. Space Development Agency has awarded $700 million to L3Harris (NYSE: LHX) and $617 million to Northrop Grumman to build 14 satellites each for the tracking layer of a missile shield in low-Earth orbit.

The satellites are slated to begin launching in 2025 thanks to a $550 million appropriation from Congress. As many as 200 satellites could eventually be deployed as part of this system.

However, if you really want to profit from these pot-splashing projects, you should check out my latest report on a company that supplies all of these companies with hypersonic rocket engines.

You can find that here.