For weeks, if not months, I've been making the case that stocks are in a bubble...

That the Federal Reserve is juicing the market and that valuations aren't commensurate with the reality of our economy.

Of course, that kind of thing is hard to prove.

At least it was until this morning when I woke up and saw this:

You know this guy, right?

He's the guy always trying to convince people to throw their money away.

I didn't watch his video because I didn't need to.

The CNBC marketing department summed it up for me...

I obviously don't watch this guy's show. But when I see stories like this come across my screen, I listen to what he has to say.

And then I do the exact fucking opposite.

Seriously, all of these outlets like CNBC and Fox Business are just noise. They're not any better than their cable news counterparts. It's just hot air.

But this headline, and the sentiment behind it, reminded me a lot of Cramer's infamous Bear Stearns segment from 2008.

If you don't remember or can't watch the video here's what he said when a viewer asked if they should get their money out of Bear Stearns:

A week later, on March 18, Bear Stearns imploded. The Fed then rushed in to buy $30 BILLION of the bank's assets, while JP Morgan was forced to take it over at a cost of $2 per share, or 7% of its market value just days prior to when Cramer was extolling it.

A few months after that, another powerful Wall Street firm, Lehman Brothers, went down. And thus began the 2008 financial crisis.

Now, the same guy who said everything was fine, the guy who recommended buying Bear Stearns stock just days before its collapse, is sick and tired of hearing about the stock market bubble.

Nothing could make me more confident that the market is headed for a crash.

Ladies and gentlemen, our government's bungling of the pandemic has been a global embarrassment and its efforts to stabilize the economy have been even sadder.

The economy shed a third of its value in the second quarter.

And yet, the S&P 500 is trading at roughly 22 times its expected earnings — the highest level in at least 18 years and nearing the record 24.4 on March 24, 2000, which was just before the dotcom bubble burst.

In other words, the market has come completely untethered from earnings... 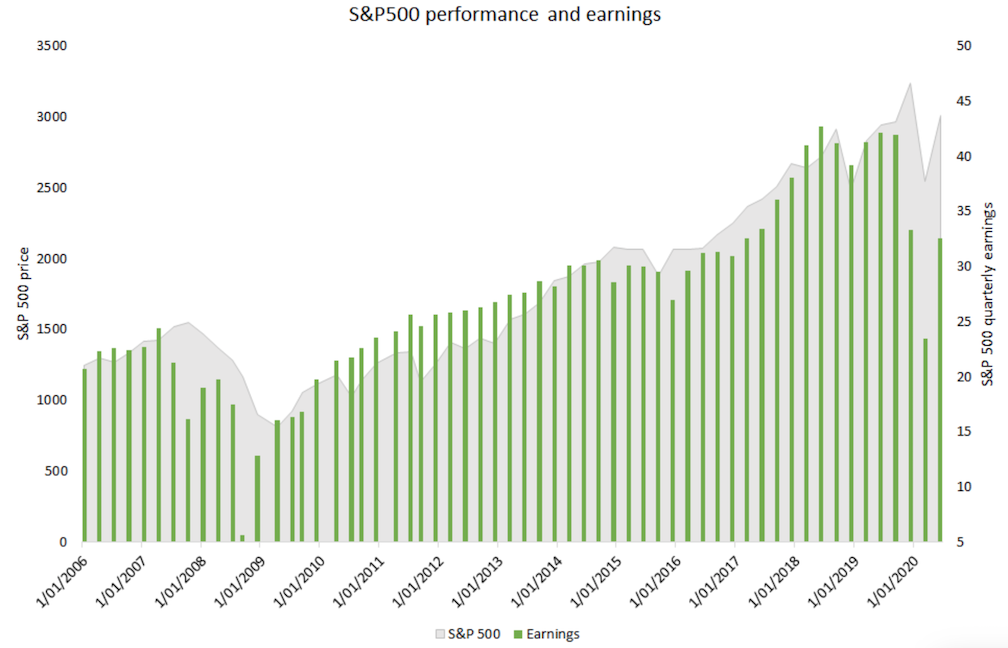 This is a bubble. This is what they look like.

People like Jim Cramer are just in denial because their livelihood depends on whipping up stock market enthusiasm.

If you're smart you'll listen to a real expert.

Paulson made billions of dollars by shorting the subprime mortgage market in 2007.

That's right. When Cramer was buying Bear Stearns, Paulson was shorting it. And he was $4 billion richer after the fact.

That's what smart investors do in times like these.

They don't sit around honking clown horns and whining about the bubble.