Wake Me Up When September Ends

Plus, my top plays for the September slump...

The September slump is here, and no one is feeling it more than Elizabeth Holmes.

In case she fell off your radar, Holmes is the disgraced former CEO of Theranos, the now-dissolved startup that promised fast and accurate results for more than 200 diagnostic tests using a single drop of blood. Remember, folks, if it sounds too good to be true, it usually is.

Theranos grew to a $9 billion valuation and by 2015, media tycoon Rupert Murdoch, former Secretary of Education Betsy DeVos, and the Walton family, founders of Walmart, invested more than $700 million.

The story was good... too good. It seems like Holmes contrived her life story just to create the typical Silicon Valley company story, dropping out of Stanford at age 19 and building a product to disrupt the healthcare industry. Using the media to prop up her image — you surely remember the iconic black turtleneck and her fake deep voice — she was able to garner more investments. In doing so, she became the youngest self-made female billionaire in the world.

But after a whistleblower sounded the alarm that Holmes was exaggerating the efficacy of test results and future earnings projections and patients complained when they received outrageous test results from Theranos machines at Walgreens, the government came knocking...

Holmes sits in federal court today, indicted for 10 counts of wire fraud and two counts of conspiracy to commit wire fraud, including lying to investors, employees, doctors, and patients. She faces up to 20 years in prison.

Holmes is unsurprisingly laying the blame on someone else, former president of Theranos and ex-boyfriend Ramesh Balwani, saying he psychologically, sexually, and emotionally abused her. But affectionate text messages between the two revealed in court last week paint a different picture. We can see her sad puppy dog eyes in this courtroom sketch, courtesy of Reuters... 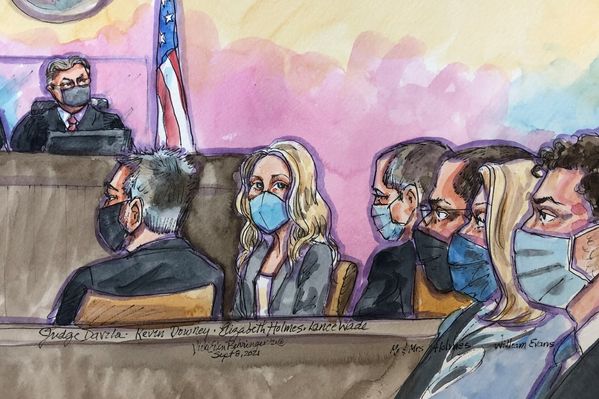 Of course, thanks to the U.S. justice system, she’s innocent until proven guilty and the jury gets to decide whether or not her exaggerations were intentional. But the fact that she’s blaming her illegal actions on someone else sounds like an admission of guilt and intent. Case closed.

One big takeaway from this case is to always be mindful of so-called story stocks. Burton Malkiel warns in “A Random Walk Down Wall Street” that investing in story stocks is a psychological behavior following the “castles-in-the-air” theory of investing...

The successful investor tries to beat the gun by estimating what investment situations are most susceptible to public castle-building and then buying before the crowd... Just as hope and greed can sometimes feed on themselves to produce speculative bubbles, so do pessimism and despair react to produce market panics. The greatest market panics are just as unfounded as the most pathological speculative explosions.

Holmes knew investors would speculate on her “disruptive” technology because it supposedly gave patients a quick snapshot of their health. Using marketing, she duped us into believing the Theranos machine could do more than it could. It seemed like a good investment at the time, but as Jimi Hendrix said, “Castles in the sand fall in the sea... eventually.”

So join Outsider Club today for FREE. You'll learn how to take control of your finances, manage your own investments, and beat "the system" on your own terms. Become a member today, and get our latest free report: "The Six Best Stocks in Biotech"

The more important takeaway is that Americans are so desperate to get healthy that they’ll give their blood to a speculative biotech company led by an inexperienced college dropout.

That’s because we Americans are notoriously unhealthy, but the U.S. ironically spends the most on healthcare when compared with other nations. The Atlantic recently reported less than 3% of Americans live a healthy lifestyle. And other studies have found the U.S. has the highest suicide rate and lowest life expectancy of developed countries. Perhaps that's why our daily deaths from COVID are comparatively high as well. 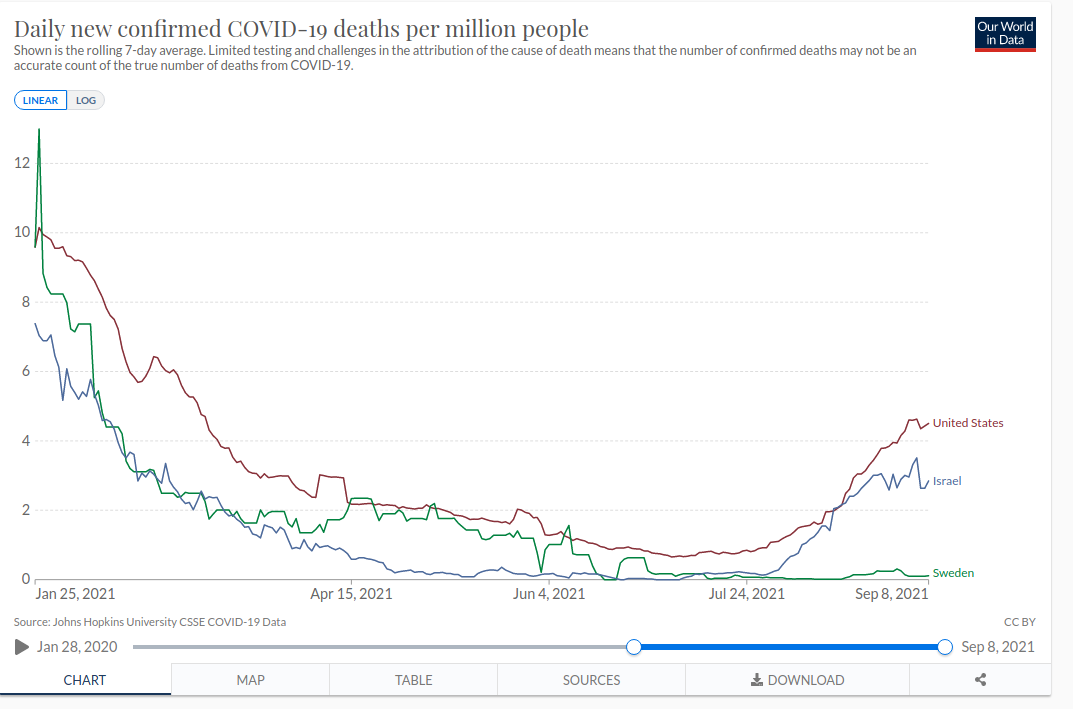 It’s clear the healthcare industry is still rife for disruption, but not in the way you’d think...

Analysts are touting healthcare stocks as the next growth opportunity in the market. But you know how we feel about those analysts... They cover only half the story half the time.

By the way, if you like getting into legit biotechs early and watching them take off, you should check out my colleague’s fast-paced biotech trading service. Investment Director Keith Kohl developed a cash calendar that gives you the opportunity to profit four to eight times every single month. Keith works with a network of more than 250 doctors and scientists to bring you the inside scoop on some of the most disruptive biotechs out there. Just click here for all the details...

And aside from biotech, we should look outside the box to sectors of the economy that contribute to our health and well-being, including food, pets, transportation, and even financials.

The second week of October has been the historical bottom for the markets. In fact, the market crashes of 1929 and 1987 occurred in October and were preceded by slumps in September.

Stay strong and carry on.