The future of information hangs in the balance...

Written by Alexander Boulden
Posted May 2, 2022

There’s something strange going on in the land of information.

In a world where everyone gets their content from YouTube and social media, the last decade or so has seen an erosion of truth. Not just factual truth, but life lessons as well.

For proof, just look at all the conflicting information we got about the pandemic... death rates, infection statistics, etc.

What's more is modern news is designed to be panic-inducing. Even the best book won’t artificially raise your stress hormones quite the way the boob toob does.

It’s one reason Elon Musk decided to stake his claim over one of the many rivers of information and data. But like plugging one hole in a ship that has many, the water will find another way through.

Musk spent $44 billion on tech giant Twitter under the guise of “promoting free speech.” I guess freedom does have a price.

The importance of Musk’s move can’t be understated, and it will have profound implications on your wallet.

We know it’s such a powerful move because Washington is mobilizing to cut it off.

The problem is no one can control the flow of information. It’s a futile endeavor.

So now, investors are betting on a slew of new media companies that are set to take over the old guard.

And our lawmakers are freaking out...

We can actually witness the power struggle in real time thanks, ironically, to Twitter.

The latest move out of Washington paints the picture well.

Called the Domestic Terrorism Prevention Act, a main feature of the bill is the creation of domestic terrorism units in the Department of Homeland Security, Department of Justice, and the FBI, which I thought already existed...

Anyway, there’s language in the bill about a crackdown on misinformation and disinformation, which is why this ties in directly to what’s happening with Twitter.

What’s more is that the DHS is upping the ante by creating a new Disinformation Governance Board with the sole purpose of “countering misinformation.” It will be run by Nina Jankowicz, who worked as an adviser to Ukraine under a Fulbright-Clinton Public Policy Fellowship.

Any red flags there?

Sticking with the social media theme, the Twitterverse ain’t happy.

Some people say all this represents a First Amendment violation.

Others say it’s Orwellian propaganda and that “We’re literally going to have our own Ministry of Truth Soon,” a reference to the ironic name given to the party’s propaganda machine in George Orwell’s 1984.

And sure, it’s not hard to find examples of confusing and often conflicting rhetoric coming from all corners of the mainstream media.

Just this week, there was a clear example of double-speak when Dr. Fauci said on “PBS NewsHour” that “We are certainly right now in this country out of the pandemic phase.” Less than 24 hours later, he backpedaled and said, “I want to clarify one thing. I probably should have said the acute component of the pandemic phase. And I understand how that can lead to some misinterpretation.”

Another is the mask mandates. Some states say it’s unconstitutional, but the feds disagree.

We don’t know what to believe. That's the point. But while the DHS board is eerily similar to the Ministry of Truth, Twitter is full of people overacting, as is Wall Street and the mainstream media.

All of this is why we’re seeing an explosion in alternative media companies, websites, and apps. And investors are hungry to see another Netflix- or Twitter-style run-up.

Show Me the Money

What's exciting is we can see these companies expand in real time.

Elon Musk is set to transform Twitter, and investors are loving it. 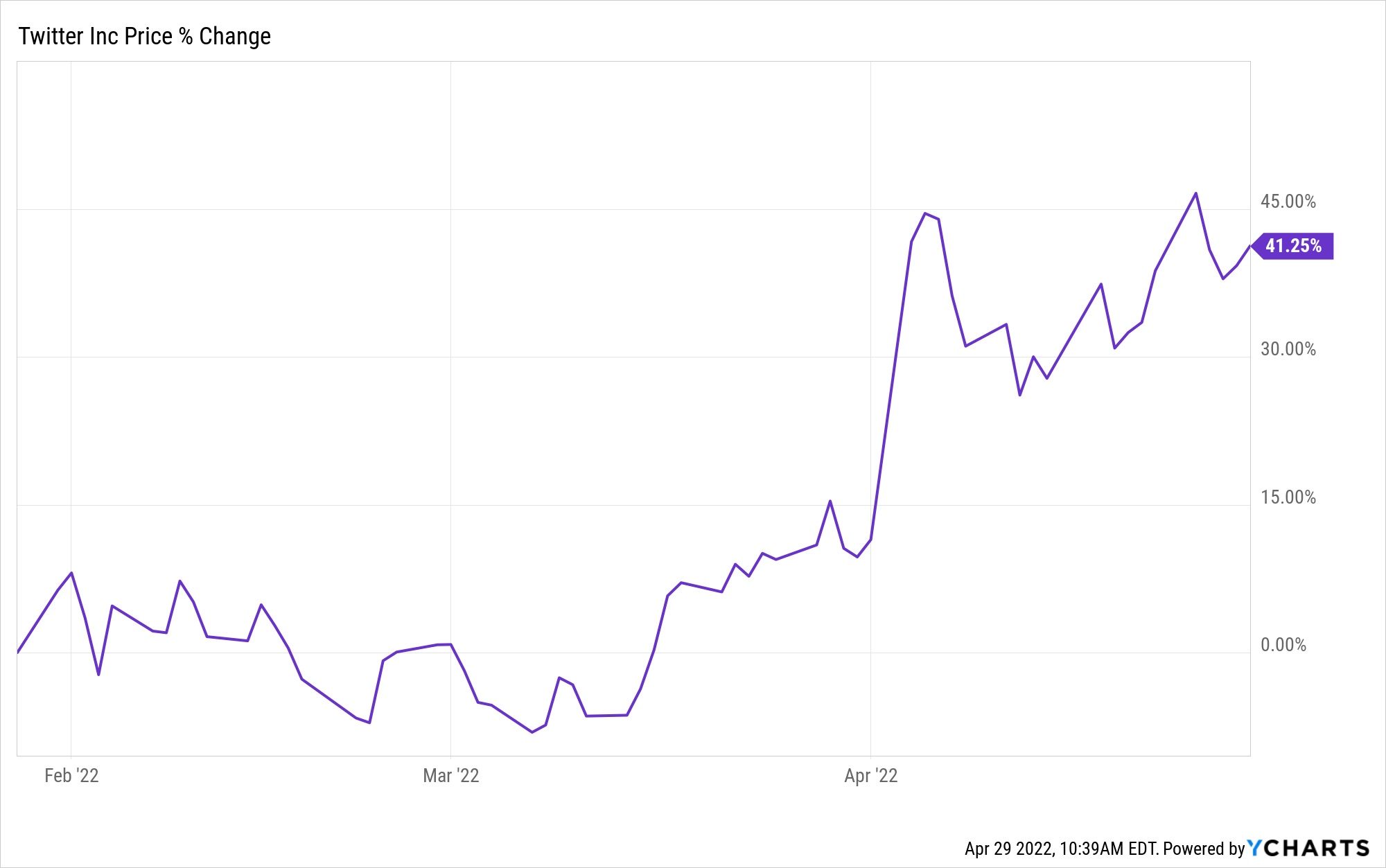 The metaverse — whatever that is — will surely serve as a pseudo media outlet...

And Trump’s Truth Social app is looking successful-ish. At least, the special purpose acquisition company (SPAC) that’s tied to it surged more than 20% this week. 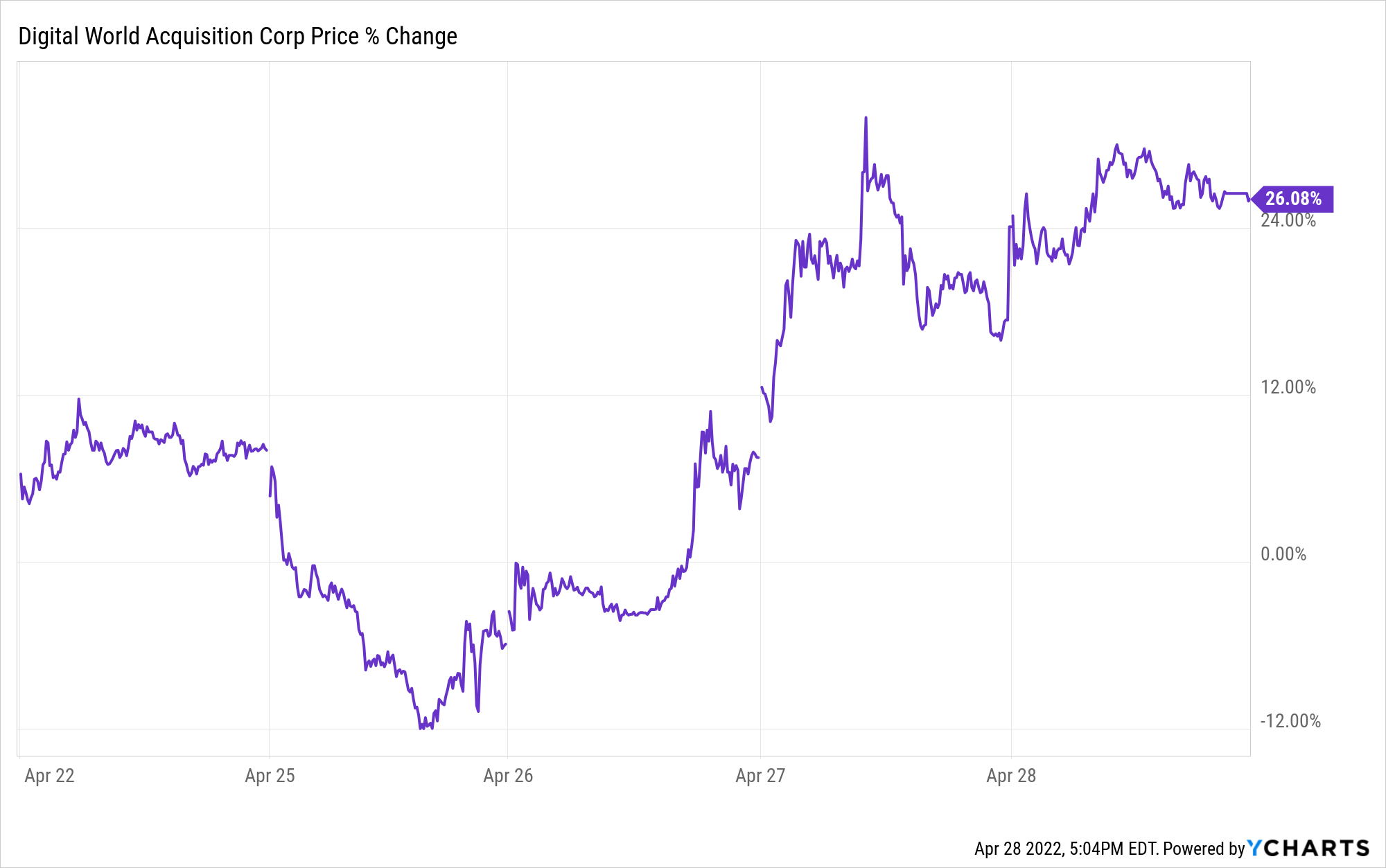 What it comes down to is simply a power struggle for freedom of expression.

You Can’t Handle the Truth

I'm a firm believer that the Big Tech giants have been swindling us from the start, profiting off our backs, and selling our information to the highest bidder. Big Tech owes each and every one of us a percentage of the money it made off our data. Doubtful that will ever happen.

But maybe, just maybe, if we feed the new media startups, they'll handle our information better and give us access to unbiased content.

At this point, it's worth a shot.

In fact, I just added two alternative media pics to my model portfolio. If you're interested, check it out here.

That's all for now.