“Are you putting money into oil right now?”

That was the question that came through my friend group text yesterday.

“Ain’t nobody driving or flying yet,” I replied.

But what I should have said was: What time frame are we talking about?

If you want to trade oil intraday or for a one-day bounce after that historic sell-off it just had — be my guest. That’s not really what I do.

And of course, you could probably turn around in a day or two and short it because it’s not going straight back up.

I don’t think my buddies are day traders so let’s assume he’s asking for the long term. Is now a good time to be positioning long-term in oil?

While some stay-at-home orders are slowly starting to be lifted, the majority are still on.

It is particularly high as manifested in oil volatility — currently over 9X higher than it was in February. 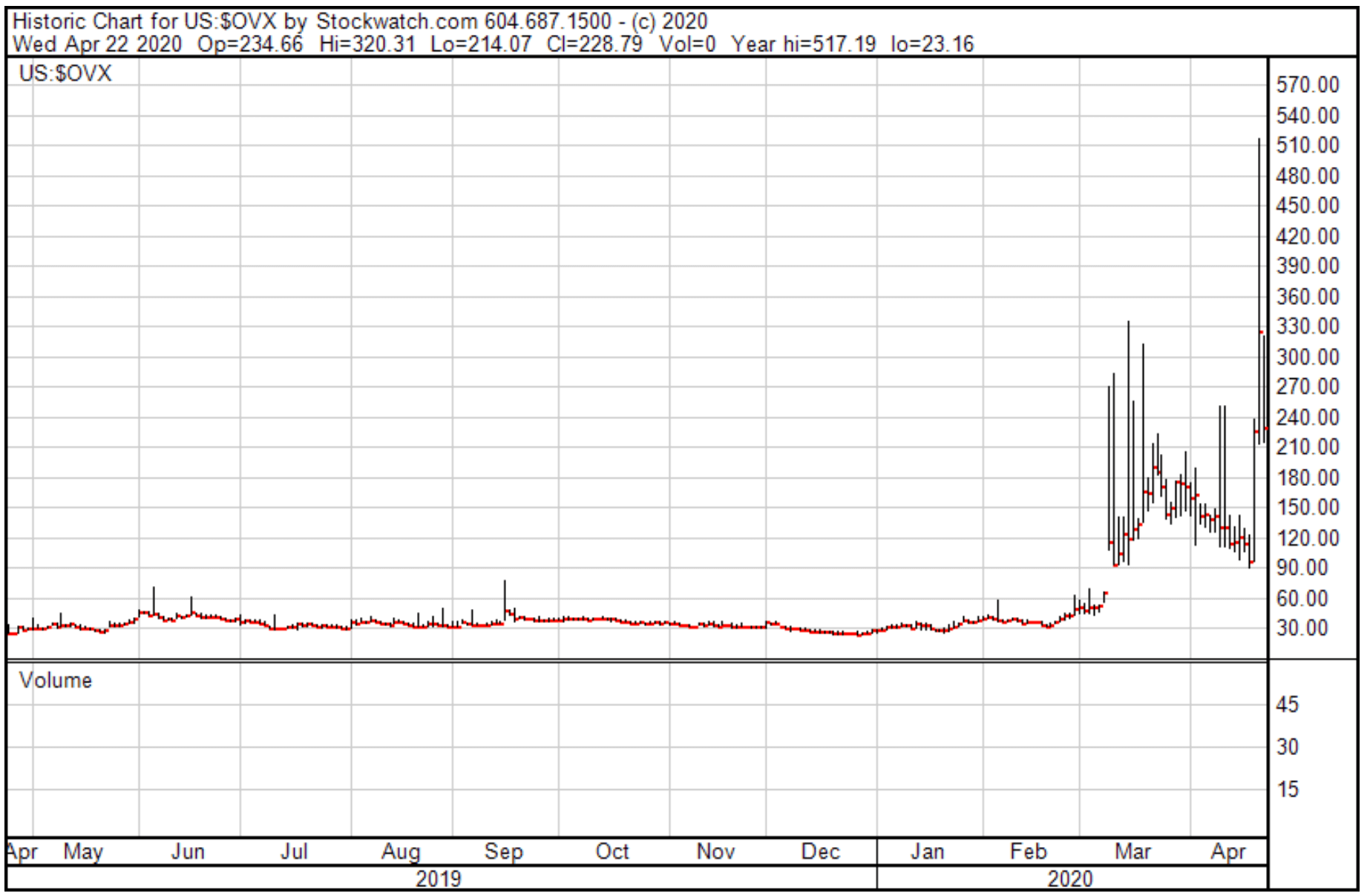 And so the answer is a flat-out “no”. It is not time to buy oil or oil stocks for the long term.

In fact, we are likely going to see the same storage issues with the June contract that we just saw with the May contract. If storage is nearly full now and demand is significantly curbed, it’s not like we’re going to be freeing up a lot of space in the next few weeks.

Same for oil stocks. We are firmly in a recession and possibly a depression. That’s not the time to be going long on oil stocks.

As has been noted several times in these pages… we are currently in a deflation. Even though there are literally trillions of dollars being printed, those dollars are not chasing goods.

The yet is important. Because this recession/depression isn’t going to last forever and on the other side of it there is going to be (hyper?)inflation.

You’ll want to be buying oil and oil stocks for that transition because the inflation will certainly be reflected in oil prices.

This cycle still has to cycle first.

And it is still firmly gold’s time.