This Will Alter the Course of Human History

The day we’ve all been waiting for is finally here.

An invention that will change the entire course of human history.

Everything is fixed now that Tesla unveiled its newest creation… 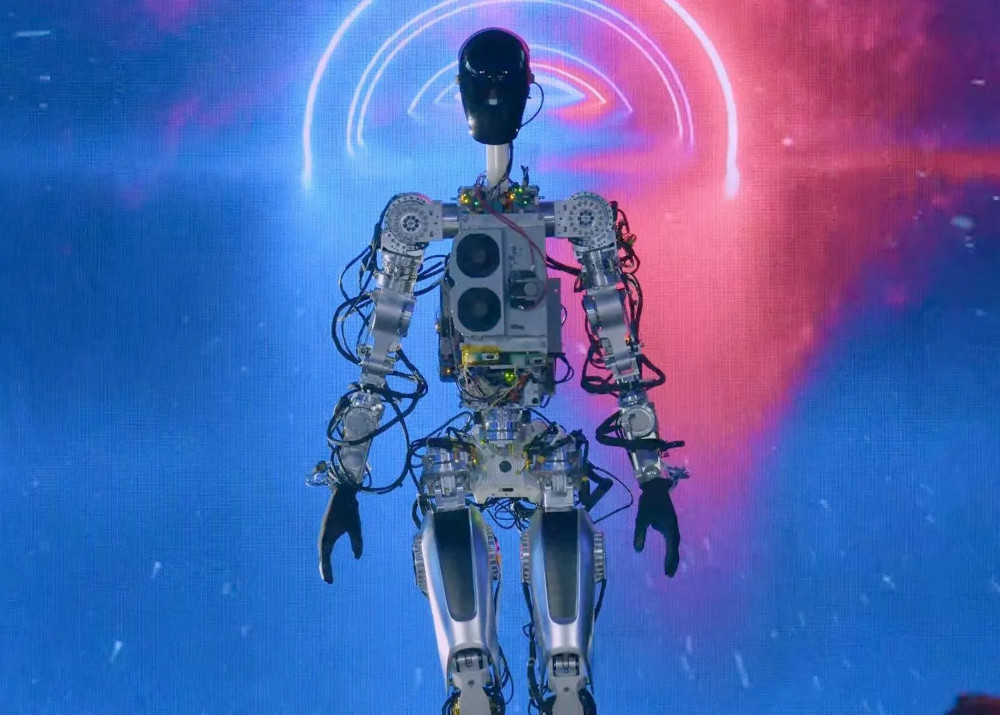 That’s the name Elon Musk has given to Tesla's so-called humanoid robot.

But when he unveiled it at Tesla’s AI Day at the end of September, the results were... mixed.

He revealed two prototypes, one that slowly walked on stage with club music bumping in the background like John Travolta in Saturday Night Fever.

It waved at the audience and raised the roof.

The other prototype had to be wheeled out by three helpers, with Musk assuring the crowd that it was still a "work in progress."

He looked at the machine that was mounted to a stand and said, “This means a future of abundance, a future where there is no poverty, where you can have whatever you want.”

Sure, if you repeat something for long enough, it becomes true.

To prove that the robot actually works in a vacuum, he played a video of it performing simple tasks like watering plants and lifting metal bars in a factory.

To convince the audience of its usefulness, he said, “It really is a fundamental transformation of civilization as we know it.”

If he’s able to pull this off, it’ll be a boon not just for Tesla but also for the $500 billion robotics industry.

He just has to get over one hurdle before that happens.

The major challenge in robotics and AI — besides the electrical and mechanical engineering and neuronetworking — is to create an object that looks realistic without evoking the “uncanny valley” response.

The uncanny valley hypothesis states that the more human-like or realistic an object looks, the more it creates a sense of unease or revulsion.

Some argue the uncanny valley doesn’t exist, while others believe if an object completely mimics a human being without any noticeable differences, then it wouldn’t evoke such a response.

As of now, robotics and AI aren’t advanced enough to produce objects that look 100% realistic.

There's always something a little off.

The tiny wrinkles in the skin and face or the nuances of body language...

We’re getting close, but robotics experts tend to agree that we’ll never completely get there.

It doesn't matter for Musk’s prototype, as it definitely doesn’t look human…

But that’s not the point.

Musk wants Optimus to function as a utilitarian bot used to replace workers, and with a purported price tag of $20,000, it might entice some businesses.

Is this even possible or is it just another pie-in-the-sky Silicon Valley empty promise?

Robotics experts weighed in after the Tesla event.

According to Wired, Fetch Robotics CEO Melonee Wise said, “The idea that this will be doing anything useful in five years is laughable.”

Georgia Chalvatzaki, assistant professor at Technische Universität Darmstadt, posted, "Looking at the Tesla bot as a roboticist, I am impressed by what the engineers achieved for this prototype in a year. However, the behaviors demonstrated are less impressive than that of Honda's Asimo from 20 years ago. What excites me is the idea of cheap and accessible hardware."

If he's able to quickly produce the hardware needed to produce bots en masse, he could bring in the robot revolution.

Robots, in the short term, have use cases in places where they do not necessarily need to interact with humans and the implications of failure are less severe. The community needs to find a revenue-positive pathway to support this development. And this could come from behind-the-scenes use cases for robot manipulation, in warehouses, retail stores, food preparation, and manufacturing.

It remains to be seen what Musk's full vision for the Tesla bot is, but one thing's for sure: The robot will need balanced movement if it ever wants to be a success.

Here's what he said:

Let’s talk walking. I told my lab today that I expected it to walk on stage, and it did, but I was a bit surprised at how they did it. It seems to use a method called zero-moment point to maintain balance. It’s been used in various forms since the 1990s. You see ZMP in the bent knees and how it shifts its weight over to its next foot before taking a step. It’s pretty safe, but not mind-blowing in 2022. Also, people don’t walk quite like this. We are more efficient — we stick our foot out, fall, catch, repeat.

Therefore, assumably, by training, locomotion planning, and scanning the walking path and surface in front of it, the steps that Optimus takes by calculating the hip trajectory and bending its knees to ensure all the force is on its center of gravity, seems to be working on a method based on zero-moment point calculation.

So maybe the robot's movement isn't uncanny, but it does balance quite well.

That's because to balance effectively, the robot has tiny sensors that continuously scan the environment and send signals to the hips and feet, creating a type of balance algorithm.

It's similar tech to what's in Tesla's self-driving cars.

And it's this critical sensor that goes overlooked by investors.

Sure, suckers can buy Tesla in the hopes of making a profit, but with the markets in turmoil, a Tesla bot isn't likely produce returns for the company anytime soon.

But as long as robots keep being built — and they will — the companies that make the sensors will keep printing money.

Our analysts have pored over the data and believe they've found the best company to give you access to the $500 billion robotics revolution as well as the $2 trillion driverless car market.