And that really better do the trick, because Fed Chairman Jerome Powell signaled the central bank will now be taking a breather.

Indeed, language from the Fed’s statement that had previously stated the FOMC would “act as appropriate to sustain the expansion,” was replaced by new language stating the body would “continue to monitor the implications of incoming information for the economic outlook as it assesses the appropriate path of the target range for the federal funds rate.”

So we’ve gone from “acting” to “monitoring,” which means the Fed wants to see more deterioration in the economy before it makes anymore moves.

That’s wise… especially since it really doesn’t have a choice.

After all, how much further can we really go, and how much good would it actually do?

The Fed has been shoveling money into the market — to banks and hedge funds — for more than a decade now.

That was a vital service at the peak of the financial crisis, when banks were going insolvent.

But, today, banks are flush. Anyone looking to borrow has been able to do so at an extremely favorable rate. 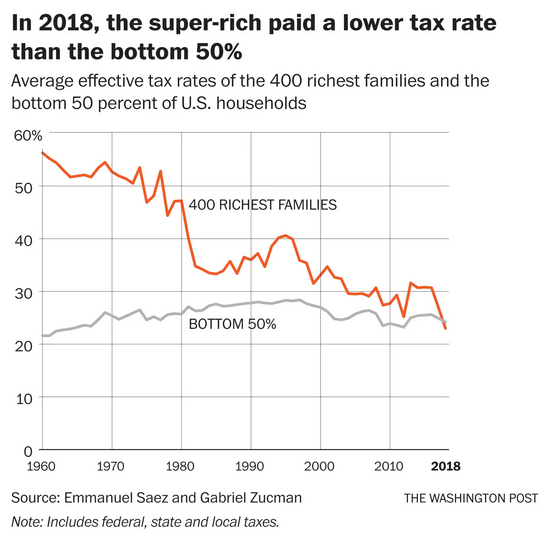 So don’t tell me there’s not enough money — there’s plenty.

The fact is, it’s just being hoarded.

This is crucial when you know America’s 400 richest families have more wealth than the bottom 60% of households, and that the top 0.1% own as much as the bottom 80%.

This is the problem: American wealth has become so concentrated at the upper echelons of society, that if a relatively tiny portion of the population — the very richest people — stops spending, the economy loses steam.

And right now — with trade wars intensifying, the market stalling, and a crucial presidential election looming — that narrow group of people isn’t spending. They’re sitting on the massive gains they’ve raked in over the past several years.

Consumer spending, on the whole, rose 2.9% in the third quarter, but that’s a serious deceleration from the second quarter’s 4.6% pace.

We’re seeing a pullback in venture funding, as well. This is evidenced by how poorly IPOs have done these past few years.

Lyft (NYSE: LYFT) is down almost 40% from its IPO price, Uber (UBER) is down 30%, and WeWork’s pre-IPO process flopped so badly that it officially pulled its filing on September 30.

These “unicorns” are crashing because investors aren’t willing to gamble on them anymore. Wall Street is transitioning to a “risk-off” posture.

No one is risking their biscuits anymore.

Private domestic investment fell another 1.5% in the third quarter, after plunging 6.3% the second.

The gold price is benefiting from lower Fed rates, no doubt. But the metal is also soaking up risk-averse capital.

So, what’s a rate cut going to do about any of this?

The Fed doesn’t need a lawnmower, it needs a magic wand.

Without one, its only resort is to beat up on the dollar, and again, that will only take us so far.

That’s why gold continues to be the best investment right now. And if you want to know the best way to profit, check out our latest report here.