This Is the Future of Combat

It’s a sleek and stylish plane whose ghostly visage and convex shape make it almost look like a UFO.

Almost every aspect of the B-21 remains classified, but Northrop Grumman and Air Force officials have made a few key points about it beyond improved stealth capability and longer range.

Essentially, the key advancement — the one that truly makes it a “sixth-generation” bomber — is the plane’s open-systems architecture, which makes adaptable and upgradable.

That is, once deployed, the B-21 Raider’s software can be updated to accommodate new cutting-edge weapons, like hypersonic vehicles and munitions, laser/directed energy weapons, advanced sensors, and any other bleeding-edge technology yet to be invented.

It also means that the software can be integrated with other weapons systems or even satellites to share data.

And that is a key point of emphasis for the Air Force and the U.S. military writ large.

You see, the Pentagon’s ultimate goal is to have all of its equipment and all of its branches connected through the same massive cloud.

It wants a sprawling interconnected network, a digital ecosystem through which its platforms can communicate and coordinate.

And ideally, it wants that coordination to be autonomous.

If a satellite in orbit identifies enemy defenses, the location and nature of those defenses will be immediately communicated to forward fighter jets, incoming bomber formations, local ships at sea, and troops on the ground.

Each branch of the military will be as connected and coordinated as fingers on a hand.

It’s a core concept that the military refers to as Joint All-Domain Command and Control (JADC2).

Part and parcel to that is the Air Force’s “Skyborg” program, which aims to pair fighter jets with robot wingmen — or drones the fighters can deploy from their wings like a missile. 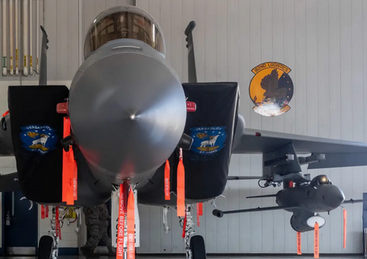 Flying alongside their larger companion, these drones can draw hostile fire, conduct reconnaissance, identify targets, jam enemy defenses, and even deploy their down ordnance.

They can also act as a decoy, drawing enemy fire away from the far costlier fifth- and sixth-generation jets.

Indeed, the Valkyrie loyal wingman drone made by Kratos Defense & Security Solutions (NASDAQ: KTOS) has a price range of $3 million–$5 million depending on its armaments, whereas an F-35 Lightning II — made by Lockheed Martin (NYSE: LMT) — costs about $78 million. 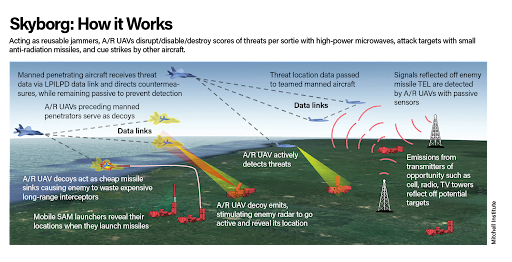 That makes the former far more expendable than the latter, yet the data and supplementary tasks the drone can perform make it an invaluable tool — a force multiplier.

Again, that's not just for the Air Force, but for other branches of the military as well. Because through JADC2, troops on ground and ships at sea will have real-time access to all the same intel that the jets and drones collect.

Similarly, those other branches, the Army and the Navy, are deploying their own robot warriors as well.

It’s capable of finding and tracking vessels that would otherwise be invisible to radar and sonar. And because it’s unmanned, it can stay at sea longer than crewed vessels performing the same task.

Meanwhile, the Army uses a host of drones for reconnaissance and as loitering munitions that hang around in the sky looking for targets before delivering a suicide strike.

It’s also begun pairing groups of soldiers with robot scouts. These are drones that use LIDAR to analyze the surrounding area. They then transmit that data to the accompanying soldiers through augmented reality goggles. 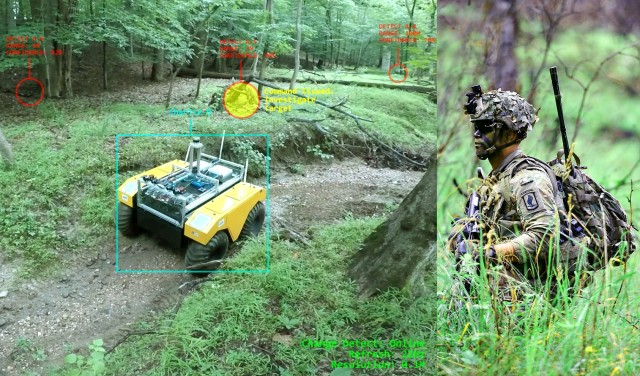 It can find anything from camouflaged enemy soldiers to IEDs or land mines. And that information is conveyed immediately in real time through the soldier’s eyepiece.

That’s how granular JADC2 gets.

When the Pentagon says it wants to connect everything, it means everything — from jets, ships, and tanks to the grunts on the ground who are now being equipped with AR goggles and heads-up display helmets. 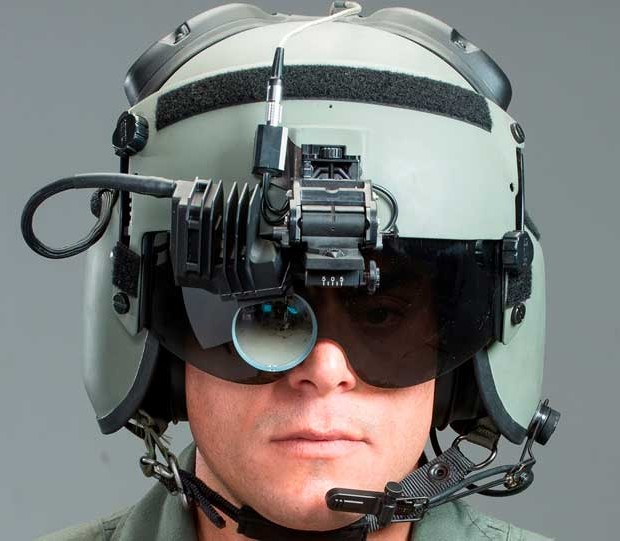 There’s a lot of money behind all of this technology, too.

Northrop Grumman is going to rake in more than $200 billion over the course of the B-21 Raider’s development and delivery.

Lockheed Martin is still pulling in billions for its fifth-generation F-35. And Boeing (NYSE: BA) has been tasked with developing a sixth generation of fighters to further cement America’s air superiority.

Globally, defense budgets are soaring as we inch closer and closer to a new era of great power conflict.

So if you want to learn more about all of these technologies, make sure to check out my Wall Street’s Proving Ground and Secret Stock Files newsletters.

I dig even deeper into the latest weapons systems, the most secretive black-book projects, and the companies behind them in both.

For example, my latest report for Wall Street’s Proving Ground details uber-advanced missile technology the Pentagon is developing to keep pace with Russia and China.