These Gold Stocks Are Crushing Everything Else

Gold is now outperforming stocks year to date, over the past year, past two years, past three years, past four, and past five years. 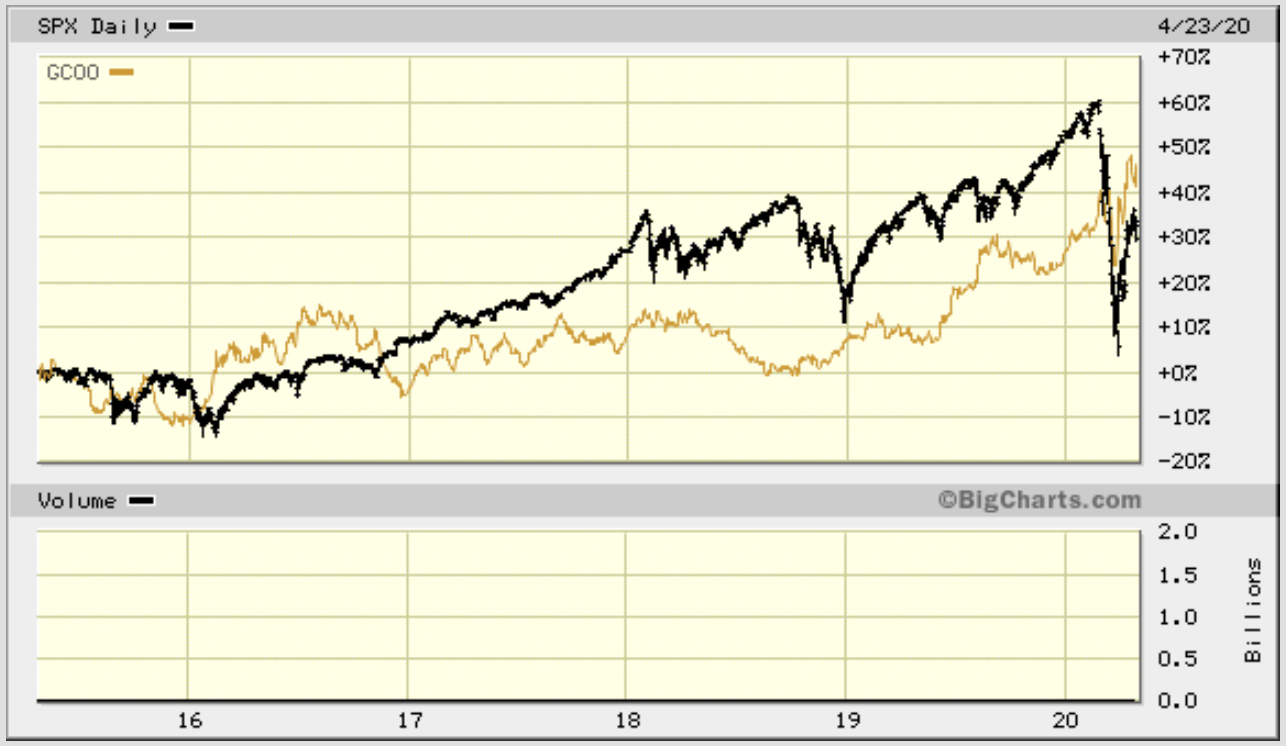 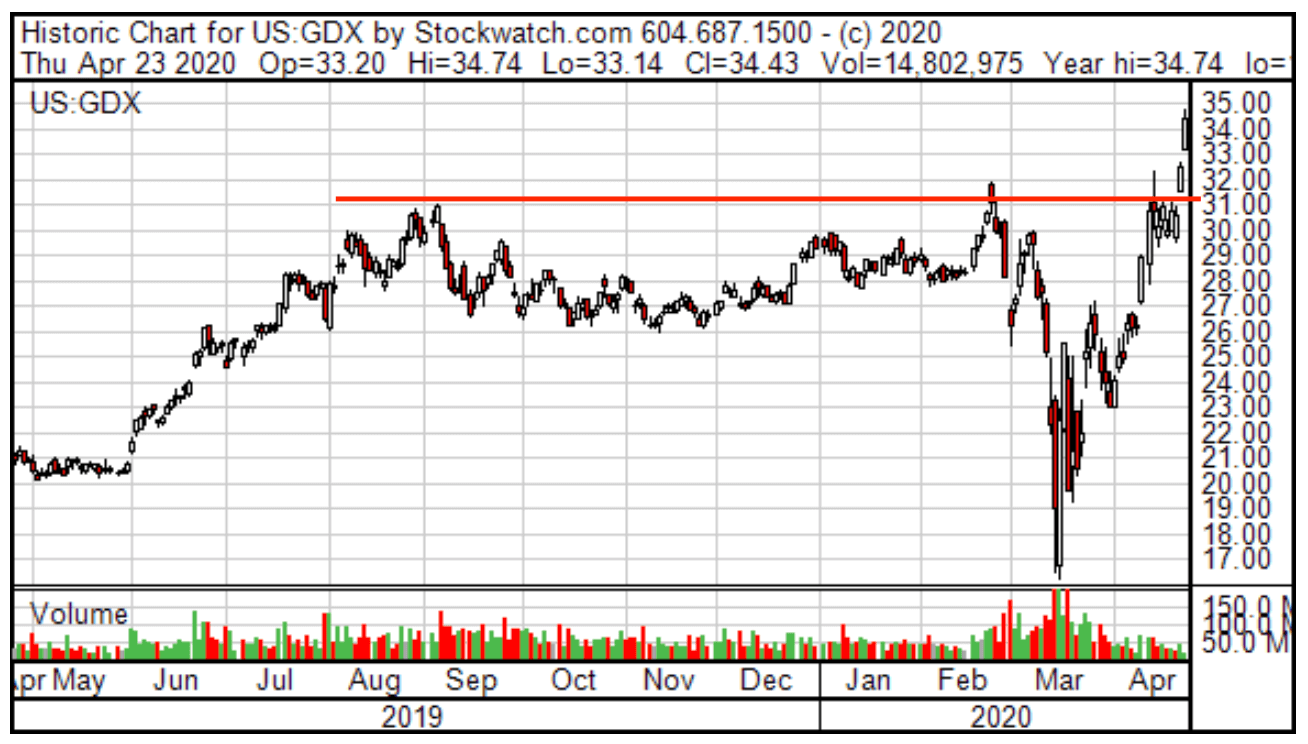 Large gold miners are already moving — and quickly. They were the best-performing group of stocks in the entire market in Q1. Period.

Junior gold stocks are now starting to move. It’s easy to see that GDXJ is knocking on the door that GDX just smashed through. 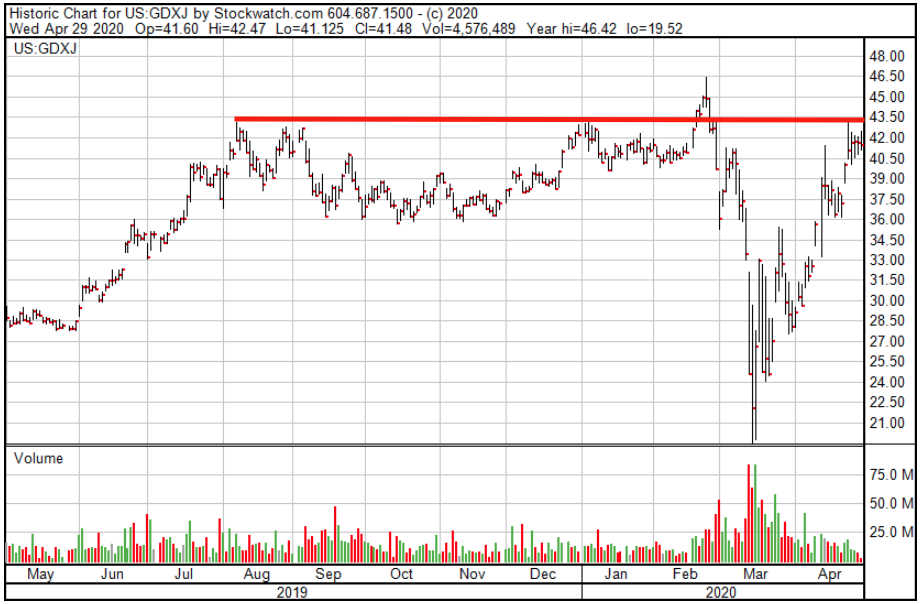 Bank of America was out this last week with a $3,000-per-ounce price forecast for gold for the next 18 months, noting it has outperformed every asset class except 30Y U.S. Treasuries so far this year.

The title of the report was: The Fed Can’t Print Gold. You can see it here. Here’s a snippet:

... beyond traditional gold supply and demand fundamentals, financial repression is back on an extraordinary scale. Rates in the US and most G-10 economies will likely be at or below zero for a very long period of time as central banks attempt to push inflation back above their targets. As central banks and governments double their balance sheets and fiscal deficits respectively, we have also decided to up our 18m gold target from $2,000 to $3,000/oz. 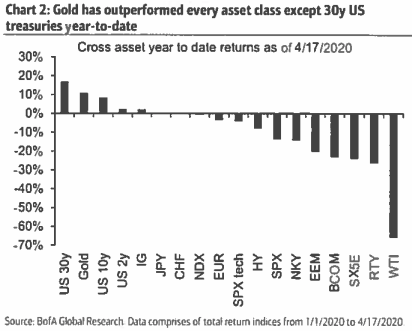 Meanwhile, the stock market has disconnected from all reality, marching higher in the face of the fastest rising unemployment ever and a GDP print that was the worst in six years with next quarter’s to be worse still.

As I’ve said dozens of times now, the virus exacerbated the long-overdue recession and expedited the catalysts needed for a sustained gold bull market.

I’ve also said the “stock market” could go to new highs simultaneously with gold at the same time the dollar is strong.

You get weird stuff like that happening when the Central Bank and Government hijack the system and turn it into a corporatized bastard of itself where they win when things are good and you bail them out when they don’t prepare for things to go the other way.

Is there any other reason large corporations were funneled billions in loans meant for small businesses with the large banks orchestrating it all?

I’ve told you exactly what I’ve been buying.

It’s these high-quality gold stocks that are already on the move and going higher.