The World Is a Dangerous Place... Profit From It

Nancy Pelosi gets to go home.

She got a photo op, a ton of press, and, ironically enough, even some grudging kudos from Republicans who typically cast her as a communist archvillain.

And then she left.

She doesn’t have to live in Taiwan, in the shadow of the dragon threatening to consume the small island.

She has a mansion in San Francisco (one of the country’s most out-of-control housing markets), a vineyard in the Napa Valley, and a condo in Washington, D.C.

She’s got fundraisers to attend when Congress recesses this month, where she’ll wine and dine deep-pocketed donors.

But the people of Taiwan who graciously welcomed her don’t have that luxury.

Instead, they find themselves surrounded by Chinese forces conducting live-fire drills and flybys with fighter jets and helicopters.

More than 20 fighter jets have already crossed the median line in the Taiwan Strait and fired a dozen missiles into its waters. 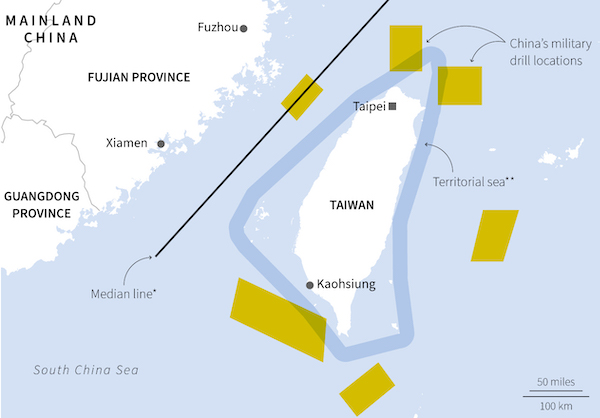 This is just the start. These “exercises” will continue through next Tuesday.

Will anything come of them?

It’s probably just a show of force — an intimidation tactic.

After all, China harasses Taiwan all the time. It incurs on the island's air space and coastline pretty regularly, in fact, and even conducts cyberattacks against its government.

This is probably just a larger-scale version of that already-menacing behavior.

Unless it’s not. Unless it’s an excuse for China to encircle Taiwan, toy with its defenses, test its military, and suddenly invade.

That’s a possibility too — one I don’t think would surprise many people. Not after numerous threats and Beijing’s other crackdowns...

Like its sudden seizure of Hong Kong. Beijing made that little maneuver right in the throes of the pandemic, and you don’t even hear about it anymore.

Maybe it thinks it can do it again.

Obviously, our military has a contingency plan for such an event, but, increasingly, U.S. corporations do too. Many are already building factories in South Korea, Japan, and the Philippines to get ahead of a potential invasion.

I have seven Fortune 500 companies asking me to pre-plan and build an outline of triggers for them to start moving people, infrastructure, and assets [outside of Taiwan]... There are some companies that are taking this very seriously. They don't want to happen what just happened in Russia where they lost billions of dollars’ worth of assets, both financial and hard, so they are already looking to disperse people and assets to other countries.

And speaking of Russia, the other big news of the day is that the Senate just voted 95-1 (Weird flex, Josh Hawley) to bring Sweden and Finland into NATO.

That means 22 of the 30 NATO countries have greenlit the expansion.

So clearly it’s not just corporations waking up to the fact that the threat of war is a real one. 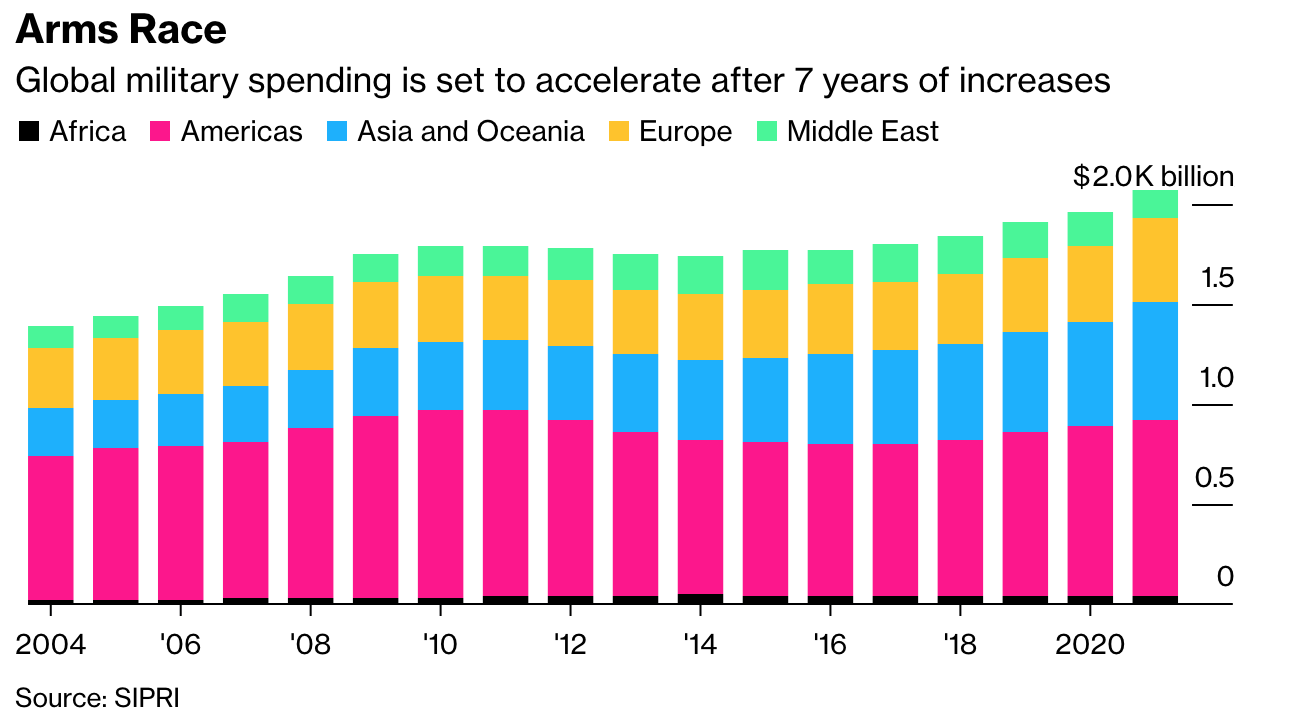 The United States accounts for almost half that (more than $800 billion), while European spending makes up about 20%, and China’s defense budget (the world’s second largest) equates to roughly 14% of the global total.

The last time we saw a global arms race like this was a precursor to World War 1.

I think it’s pretty obvious where this is going.

That’s why I recently launched a stock trading service that specializes in tracking the defense industry through government disclosures, patent filings, and insider contacts.

After all, if the world really is going to shit, you might as well profit from it.