Today we're bringing you a sneak peek of The Wealth Warrior's from Jason Simpkins.

Geopolitcal tensions haven't been this high since the Cold War ended. This is especially true for the rapidly evolving and advancing threats in Asia.

Read on for Jason's take on North Korea.

With so many domestic crises — the Coronavirus and race riots chief among them — many foreign policy issues have gone unnoticed these past few weeks.

Today, I want to talk about two: President Trump's continued assault on NATO and North Korea.

Now, Bolton himself is a self-aggrandizing hack (something Trump has only recently come to realize but should have known before he hired him), so everything he says should be taken with a grain of salt.

Nevertheless, many of the accusations he's made are very easy to believe, given what we know about President Trump.

For example, Bolton says Trump is far more serious about leaving NATO than many observers would like to believe.

"We will walk out, and not defend those who have not [paid]," Trump allegedly told Bolton prior to the 2018 NATO summit.

This is all very serious. And yet for some reason, policymakers and observers continue to insist that the alliance isn't in jeopardy.

Well let me again make this clear: NATO is in jeopardy.

Donald Trump could unilaterally decide to pull the plug at any moment. And if he gets reelected, NATO is as good as gone. Book it.

Because this isn't just rhetoric.

On June 15, Trump pulled almost 10,000 troops out of Germany to punish the country for a supposed "delinquency" in payments.

"Germany's delinquent, they've been delinquent for years," Trump said. “They owe NATO billions of dollars and they have to pay it.”

This, of course, is a lie — one that's contingent on people not understanding how NATO actually works. In truth, the U.S. pays for 22% of NATO’s budget.

And while member nations are encouraged to spend at least 2% of their GDP on defense, that's really more of a guideline than a requirement.

There is no measure by which Germany owes America or NATO unpaid monies.

Trump's accusation can't be taken in good faith, either. It's not a simple misstatement of fact or misunderstanding.

But the lies, the rhetoric, and now the troop withdrawals persist.

And let's not act like we don't know why.

It's because Trump clearly disagrees with NATO's purpose, which is to curtail Russian aggression.

“The Kremlin has done nothing to deserve a gift like this,” former U.S. Army Lt. Gen. Ben Hodges told Politico. “No change in behavior in Ukraine or Syria or along NATO’s eastern flank or in the Black Sea or Georgia. Yet they get a 28% reduction in the size of U.S. military capability that was a core part of NATO’s deterrence.” 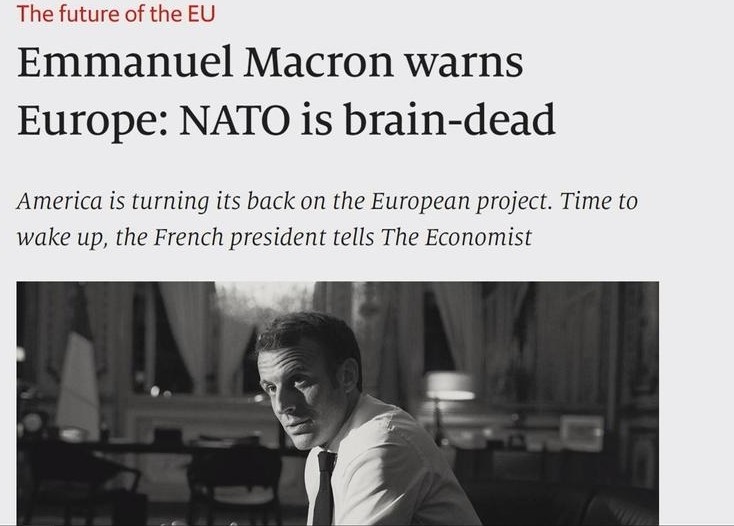 While our European allies condemned Russia's invasion of Ukraine and seizing of Crimea, Trump told them that Crimea is Russian because everyone who lives there speaks Russian.

So it's clear that while our allies sympathize with Ukraine and fear Russian aggression, Trump sides with Putin.

And by the way, just as strikingly, John Bolton's book also revealed that Trump doesn't consider Finland to be an independent country, either, but rather "kind of a satellite of Russia."

This is the kind of sentiment that's keeping Western military leaders up at night.

And it's why Bolton told a private gathering of Morgan Stanley’s largest hedge fund clients that Trump ultimately intends to abandon the alliance and would likely do so in his second term — a view he is now reiterating in print.

“I think what Bolton says resonates with people because it is something that has worried people since Trump took office and there is concern that he would feel less constrained in a second term, and could actually do something,” said Amanda Sloat, a former senior state department official who now works at the Brookings Institution.

“Given that you have someone who was working very closely with the president over the last year expressing that concern himself, I think it is bringing back to the fore the possibility that this is something that could happen in a Trump second term.”

Still, other experts like Susan Rice, who was a national security advisor in the Obama administration, continue to assert that Congress would intervene in that case.

“I still do think that Congress would throw its body in the way of a move to withdraw from Nato,” Rice told The Guardian. “But, you know, Congress has surprised me in the recent past, by its inability or unwillingness to challenge Trump. What I think is more likely is this continued erosion of confidence in our leadership within NATO, and more efforts that call into question our commitment, and more signals to the authoritarians within NATO and Russia itself that this whole institution is vulnerable."

I guess we'll just have to see. But no one should be surprised to wake up one morning and find that the world's most stabilizing alliance has been suddenly dissolved by our erratic and impetuous president.

Now, let's turn our attention to the other side of the world...

For about a year, North Korea was a hot topic of conversation.

The president was flying to the DMZ for photo ops with Kim Jong-un and the two were exchanging letters.

But again, long-time readers know the whole thing was just a charade, a PR stunt.

Donald Trump wanted to look like a president who could make deals and get things done. And Kim Jong-un wanted to use the cover to expand his nuclear arsenal. 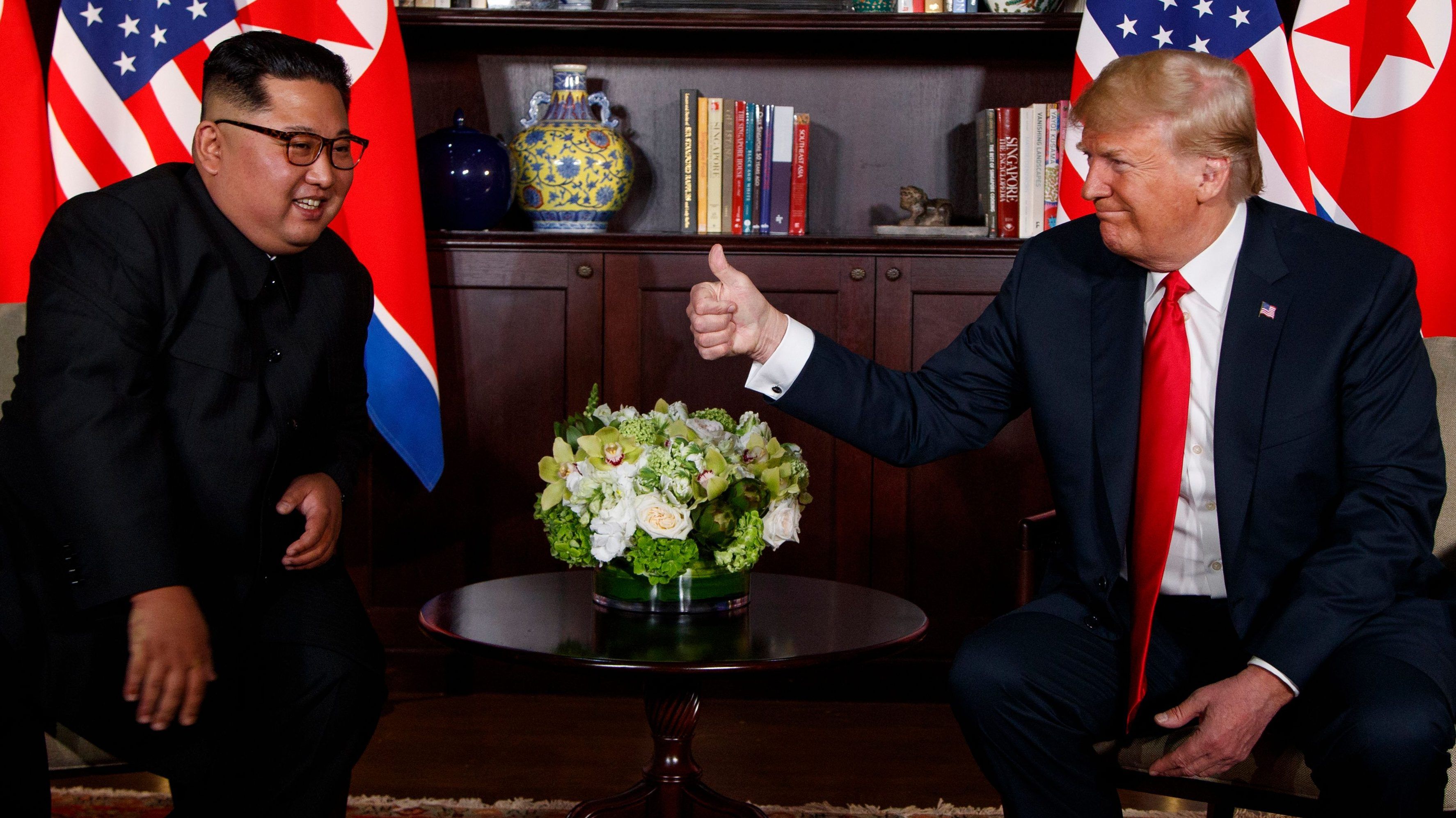 It's possible Trump thought he could convince Kim to denuclearize, and it's possible that Kim thought his cozy relationship with the president would bring him relief from sanctions.

But last year negotiations collapsed and it became abundantly clear that the relationship had run its course.

"Never again will we provide the U.S. chief executive with another package to be used for achievements without receiving any returns," North Korea's Foreign Minister Ri Son-gwon groaned. "Nothing is more hypocritical than an empty promise."

However, Trump turned his attention elsewhere. After all, he had other fires to put out (or start) in Iran and Syria, as well as impeachment, a pandemic, an economic collapse, and a November election.

They may not be impregnable but they've reduced North Korea's export income by 90% since 2017, putting the country in a dire crunch.

It's on pace to run out of foreign currency reserves by 2023.

And South Korean news service Daily NK recently reported the North has been unable to supply rations to residents of Pyongyang — the seat of power where the elites who support the regime reside in relative comfort.

"The situation is so dire that there is even talk of a 'second Arduous March' among Pyongyangites," Daily NK's source said, referring to the famine of the 90s, when millions of people are estimated to have died due to mismanagement and a policy of isolation.

So, with dialogue frozen and the situation deteriorating, North Korea is once again lashing out.

On June 10, the regime shut off all lines of communication with "enemy" South Korea, including a military-to-military phone and another line meant to directly connect Kim Jong-un and South Korean President Moon Jae-in at a moment's notice.

And a few days later, North Korea blew up a joint liaison office used for talks with its southern neighbor.

The country has also been moving to re-militarize the border, restaffing vacated guardposts, and manning the front lines.

North Korean movements have also been detected at the disputed Northern Limit Line that divides North and South in the West Sea, or Yellow Sea.
Last week, a 50-foot-long object was detected at a secretive North Korean Navy base, appearing to be a small submarine, or extra-large uncrewed underwater vehicle (XLUUV). 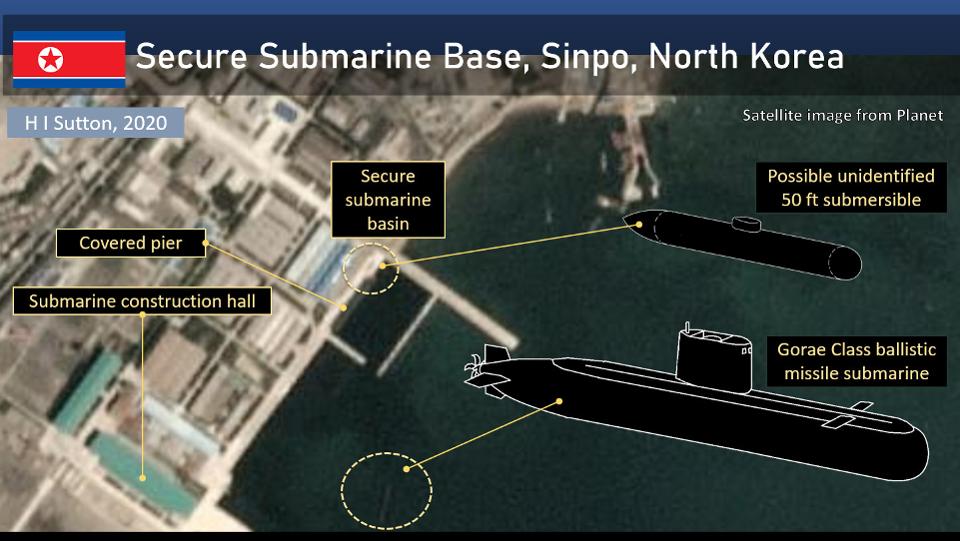 In the past, North Korea has used small subs to sneak agents and commandos into South Korea, while an unmanned vessel could plant mines or attack more expensive, more sophisticated naval targets.

And, of course, the country is looking to further expand its nuclear capability.

“Set forth at the meeting were new policies for further increasing the nuclear war deterrence of the country and putting the strategic armed forces on a high alert operation,” the agency said.

“North Korea continues to prioritize its military nuclear program as a central element of its national security strategy,” the report said.

Both it and China have “extensive and expensive programs underway to replace and modernize their nuclear warheads, missile and aircraft delivery systems, and nuclear weapon production facilities.” And both countries "have also given new or expanded roles to nuclear weapons in their military plans and doctrines, which marks a significant reversal of the post-Cold war trend towards the gradual marginalization of nuclear weapons.”

Indeed, since U.S.-North Korea talks stalled last year, Kim has personally presided over numerous short-range missile tests, but has resisted a return to long-range missile and nuclear testing suspended since 2017.

But that's likely to change.

The way the Kim regime is acting out it's probable that they'll attempt to provoke Donald Trump as he campaigns for re-election.

It'll be interesting to see how Trump responds, because even though the situation has obviously deteriorated, the president still seems to believe the relationship is on solid footing.

In fact, in December, when North Korea threatened to send the United States a "Christmas gift," Trump seemed excited by the possibility.

Trump also voiced concern for his friend when Kim disappeared in April with no explanation.

“I, for one, am glad to see he is back, and well!” Trump tweeted when Kim reemerged.

"I think Kim Jong-un gets a huge laugh out of this," Bolton says. "I mean, these letters that the president has shown to the press are written by some functionary in North Korea. Even if it were a deep personal relationship, it doesn't change the fact Kim Jong-un is never going to give up his nuclear arsenal."