It seems like every piece of tech these days gets the lofty “smart” label.

Just speak into the ether and you can play your favorite song while also saving on electric bills.

There are two cameras attached to the company’s iconic Wayfarer shades. 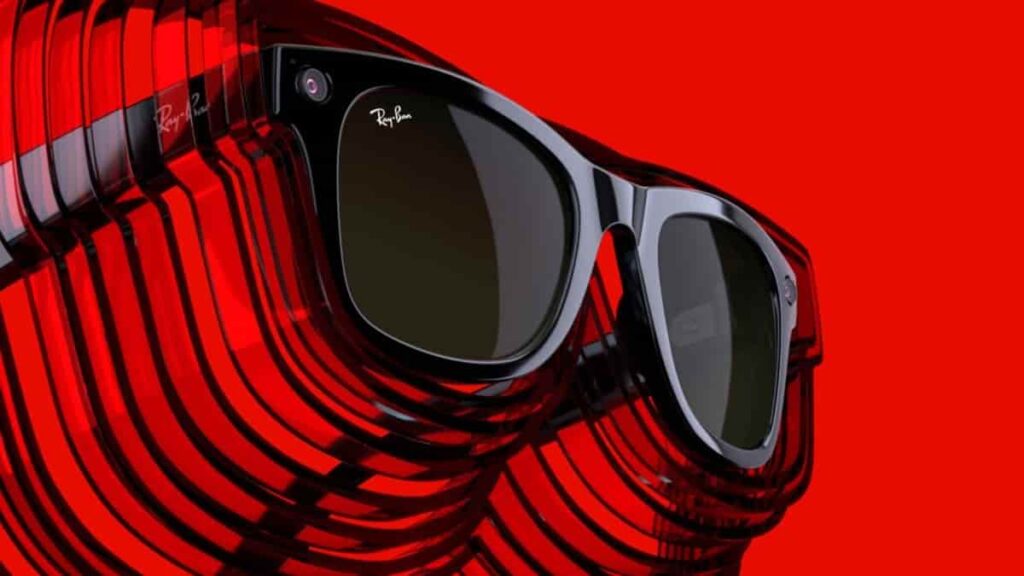 From the rock revolution of the '60s, to the art scene of the '80s, to the forefront of hip-hop culture — Wayfarer has become an enduring icon across endlessly shifting horizons. Now the journey continues with the latest in wearable tech. Ray-Ban Stories Wayfarer integrates the best of your phone with the timeless frame, bringing you a new way to capture and share your adventures.

For just $299 you can give away your last bit of privacy — and you have to charge them. Not to mention that’s the price before adding prescription lenses. What a rip-off!

I couldn’t find information on sales for these monstrosities, but I can’t imagine anyone is buying them.

This is one of Mark Zuckerberg’s first projects after announcing his company’s pivot to the metaverse. I don’t see the payoff of this investment, but maybe I’m just getting old.

There was a time when spying was done in secret.

But with Facebook — er Meta— there’s no hiding it anymore.

It’s all out in the open.

For example, my parents’ washer broke recently, and it turns out it’s a smart washer.

As is typical for a new piece of technology these days, what with planned obsolescence and all, they’d only had it for a few months.

When the GM technician came out, he plugged in his iPad and was able to see every single wash performed on the machine.

He even commented that they’d overloaded the washer several times.

Now, I don’t know about you, but I find this incredibly creepy and invasive.

Sure, it can be “helpful” to some extent, but at what cost?

And that’s not even the worst of it.

They’re all guilty of overstepping their bounds through invasive smart devices.

They save us time and money in some cases.

But I’d argue that while voice-activated devices are convenient, we don’t learn anything by using them.

And while our homes are working on their college degrees, our brains are floundering.

For instance, I have a Google Home Bluetooth speaker. I mute the mic in the back, not because I don’t want it to hear what I’m saying, but because it’s an invasion of privacy, plain and simple.

The sound quality is just OK and the Bluetooth functionality works about half the time, which is super frustrating. Yeah, I could turn the speaker on and say “OK, Google, play Poison," but that would cheapen the experience.

Because I believe humans learn more through touch.

Here’s what I mean.

A friend of mine moved to California and gave me his Pioneer record player and stereo receiver. I’d only had Crosley record players in the past, so I’d never set up a real one. The first step was to find some speakers at a yard sale. By trial and error and a little common sense, I connected the wires from the record player and speakers to the receiver. I had it set up in maybe 15 minutes. But now I’ll always know how to set up a record player. And to play music, I have to physically make it happen, not just spout off some catchphrase like “Hey, Alexa.”

It's the same with art. Sure, you can use an AI program to paint you a picture, but you’ll never learn what it takes to paint. The feel of the bristles, the consistency of the paint, stirring the colors yourself until they’re just right, the pressure of the brush on canvas. Once you start messing around with these things yourself, you force your brain to fire on all cylinders.

But, as with all things tech, there’s money to be made in your smart home.

According to Future Market Insights, the smart home devices market is expected to grow at a compound annual growth rate of 18.7% from 2021–2031.

And a whopping 72.5% of the sales are expected to come from North America.

So yeah, it’s no wonder our Big Tech giants are pushing this industry onto U.S. consumers.

The problem with all this tech is that it uses an incredible amount of energy. Most of these devices either have rechargeable batteries or run on the power grid.

If the industry’s going to expand by nearly 20%, the math just doesn’t add up and we'll need more and new ways to store energy.

That's why my colleague Jason Williams has been pounding the table for months about a new form of energy storage.

It doesn’t use lithium or cobalt...

It doesn’t use solar or wind...

It just uses steel and concrete...

In fact, it creates its own power.

Once it’s built, that’s it.

It’ll produce all the energy you need without having to do a thing and then stores that energy forever.

It’s the definition of limitless energy...

But investors have yet to catch on.