The Trump Memo You Didn't Hear About

President Trump signed a memo last week that you didn’t hear about.

Its goal is to eradicate black market crimes that will soon cost economies a half trillion dollars each year — counterfeit and pirated goods.

One fifth of that total — some $100 billion annually — infringes directly on American intellectual property.

And while the memo didn’t say it directly, Trump has retailers like Alibaba, Amazon, and eBay in his sights, referring to rampant fake online sales as the “Wild West of counterfeiting.”

The President is demanding online retailers better track and curb such sales.

The retailers, of course, know what’s going on given the amount of data companies like Amazon and Alibaba hoover up.

And they’re already working on solutions, though a nudge from the White House may speed things along.

I’ve been telling you about one such solution poised to drive investor profits for a few weeks now. A tiny smart chip that can track all products from their origin, digitally. 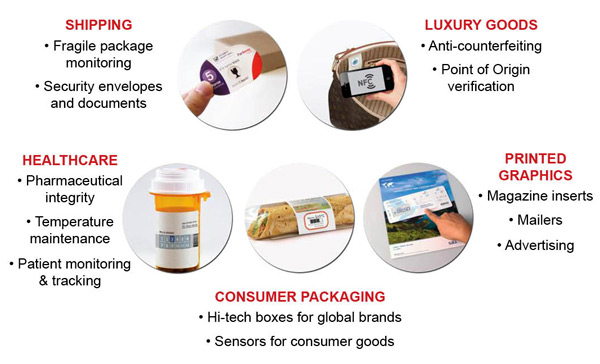 Amazon is already investing heavily in such technology. Last year, it spent $400 million fighting counterfeits, fraud, and other forms of abuse.

And these smart chips are at the forefront of the fight.

They authenticate the brand of your purse, jewelry, or clothes — tracking your item from factory to store.

It’s a new 21st-century barcode. One that is constantly connected to the Internet, and can track the location of where every product has been.

So not only will companies and retailers be sure no fake products are getting into the supply chain… but customers can scan the chip on the product once they get it to verify its authenticity.

Consumers can now have faith that they’re buying the actual brand name. Companies can save billions while eradicating a serious problem. And Trump can get on with MAGA-ing other stuff.

There is an upside for investors as well, which is my interest in all this. A small, 30-cent firm I’ve been following for a while has several patents on these smart chips.

Last week, the day after Trump’s memo, in fact… the company announced it had been contracted by a “leading security and identity solutions company.”

The company was unnamed, but wants to use these smart chips for “electronic identification” to deter counterfeiting.