The Table Is Set

I hope everyone is having an excellent start to the new year.

2019 will be remembered as the year that set the table for a raging commodities bull market that will kick into high gear in 2020.

On the policy front, the Fed went from a stated goal of balance sheet tightening to a complete reversal and capitulation to Wall Street, which resulted in multiple rate cuts and a stance that leads me to believe that not only will we not see higher rates in 2020, but if the market has a fit, it could force yet another rate cut.

There are fundamental reasons to believe that if the Fed is catering to the stock market (and it is) and there is weakness in the broader economy (and there is) that we may see a cut in 2020.

The U.S. Leading Economic Index, for example, was up just 0.09% over the past year, which is the slowest growth since 2009. 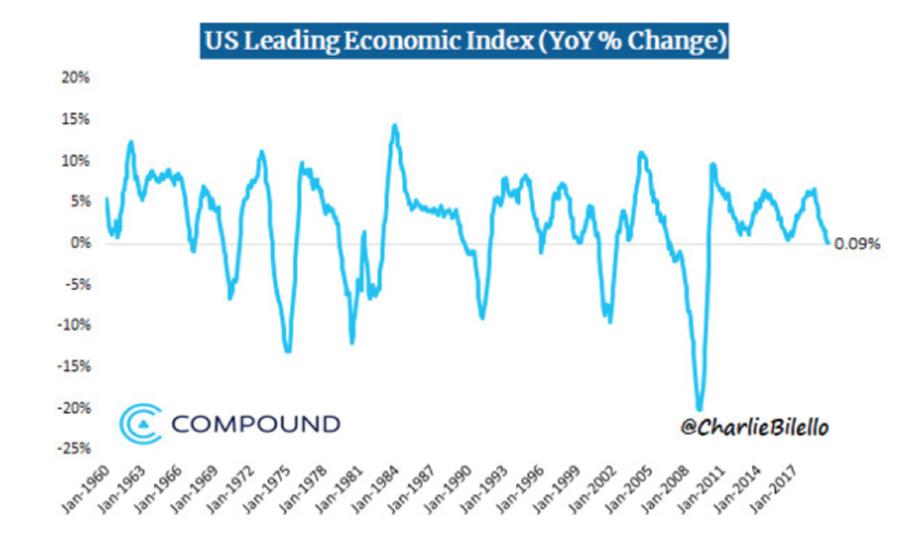 Expect the kind of volatility in the major U.S. indices and the bond markets that, at the very least, makes the Fed consider an interest rate cut, though its preference would be to remain neutral in an election year.

Which brings me to the impeachment of President Trump in the House.

The short version is there’s not a chance that the Republican-controlled Senate follows suit as a vote to impeach there requires a 2/3 majority.

The markets know this and that is why there was a muted reaction to the news. Whatever your political beliefs, the event is a non-event for the markets.

A bigger deal economically is the signing of the phase one deal with China that is supposedly agreed to in principle and awaiting signature.

I’ll believe it when I see it but progress on the trade front is very positive for what many are calling the next big metals trade of 2020 — copper.

Goldman Sachs' Jeffrey Currie thinks copper is “set to inflect” in 2020 due to strong growth in China.

Morgan Stanley, Bank of America, and Citi also have positive expectations for copper and an improving global economy.

“Copper is our most bullish view,” for 2020, according to the commodity team. Copper demand in China has been particularly restrained by “poor performance in the grid, property and transportation sectors” and that’s likely to change heading into 2020. “We expect strong completion growth in the next two years, continuing a positive trend in the property sector since August,” and grid investment is likely to pick up strongly in the first quarter of 2020 thanks to the government infrastructure stimulus.

Meanwhile, the “strategic case for gold” is still strong.

I don’t often find myself agreeing with the vampire squid squad but in this case I think they are spot on.

You can expect the major U.S. indices to continue to make record highs as the Fed continues to provide sugar for the Kool-Aid that is the U.S. stock market.

There will be corrections, there will be increased volatility, but the trend is clear and sugar daddy Jerome Powell is the stock market’s friend before all others.

The Fed offered a total of $490 billion in liquidity via repo operations last month.

It also announced short-term operations totaling $365 billion that took place during the remainder of December and has continued into January.

The think thanks are once again parading the “possibility” of negative interest rates here in the U.S.

The combination of overly-accommodative monetary policy, irresponsible (and borderline criminal) fiscal policies around the world, economic discoveries of mineral deposits getting harder to find, and nearly historic lows for junior resource companies relative to major U.S. indices counterparts will make 2020 one for the books.

Add an election year and the very real possibility of another war in the Middle East to the existing list of very real problems and you have the making for a geopolitical, fiscal, and monetary backdrop unlike most have ever seen.

The U.S. Should Take Notes
While the major U.S. indices make new record highs, China is quietly making all the moves the U.S. should be making in this record-low-interest environment.
Sneak Peek: Ticker Symbol From Nick's Latest Issue
A sample from the latest issue of Wall Street's Underground Profits
Investing in Marijuana Without Getting Burned
The marijuana industry has rewarded scores of investors with life-changing gains.