The Race For Moon Riches

On January 3, China landed a spacecraft on the far side of the moon — a historic first.

Another milestone was reached yesterday, when SpaceX launched the first commercial lunar lander on behalf of Israel.

If it succeeds, Israel will become the fourth country to make it to the moon, behind Russia, America, and China.

Because two more moon missions are scheduled to launch this year, one from India and a second from China. America could join them with a new mission of its own. If we do it’ll be the first such mission in decades.

However, unlike missions past, the United States is now planning to put down stakes.

“This time, when we go to the moon, we’re actually going to stay,” said NASA Administrator Jim Bridenstine. “We’re not going to leave flags and footprints, and then come home, to not go back for another 50 years.”

He then added: “It’s important we get back to the moon as fast as possible.”

If these landings are successful, it would set a record for the most soft lunar landings in a single year — topping both 1966 and 1972, which each boasted three.

This is a wild trend when you consider that in the past 42 years, just one spacecraft has safely touched down on the moon’s surface.

Indeed, the Earth’s natural satellite was all but abandoned after the U.S. and Russia deployed 20 spacecraft there from 1966 to 1976.

So what’s going on here?

Why, after decades of abandonment, are countries around the world racing back to the moon?

Why is the head of NASA so determined not just to return, but establish a long-term, perhaps even permanent, presence?

It turns out the moon could be a massive economic engine, or even a gas station for increasingly distant and increasingly frequent space trips.

Trips to mine and export valuable resources, and possibly even build weapons.

First off, the moon isn’t just a rock. It used to be a part of the Earth before it was split off by a gigantic impact in the far distant past.

As a result, it actually holds many of the same elements and resources as our home planet.

In 2009, NASA slammed a booster rocket traveling nearly 6,000 miles per hour into the moon’s surface, blasting out a hole. Following close behind was a second spacecraft, rigged with a spectrometer to study the plume released by the blast.

Among other elements it found gold, silver, titanium, and an isotope known as Helium-3 that could be used in nuclear fusion.

But the most important thing it found was water ice, which is a combination of water vapor and ice.

Water ice is valuable not so much because it could provide for drinking water, but more so for the hydrogen and oxygen that could be used for breathing and rocket fuel.

This is important, because transporting water to the moon costs about $100,000 per gallon.

It’s believed that the lunar poles contain large, sprawling pools of collected water ice. So whoever lays claim to the water at the poles of the moon could have a ginormous advantage.

They could, in effect, turn the moon into a “gas station” and vastly improve the economics of accessing its resources.

This led Goldman Sachs to write a research paper in 2017 that said “space mining could be more realistic than perceived” and that the use of water as fuel could be a “game changer.”

And it’s why NASA’s Bridenstine said: “It’s in our interest to make sure that we’re represented there as well and as soon as possible.”

The space agency is putting its money where its mouth is, too.

NASA has spent $2.6 billion to establish the Commercial Lunar Payloads program, and opened up bidding to a small constellation of companies.

NASA and the Pentagon have also invested billions of dollars into private companies like SpaceX, helping them develop rockets to launch satellites. And more public-private partnerships are on the way — something that will help reduce costs.

All of this comes with the support of both Congress and the Trump administration.

In 2015, Congress passed the Space Act, which, among other things, allows U.S. companies the right to the resources they mine in space.

Meanwhile, Commerce Secretary Wilbur Ross has been working to reduce regulations on the space industry.

“Space is already a $340 billion business,” he said. “We think it will be into the trillions within not a huge number of years. Space is the next truly huge frontier and a huge, huge opportunity for the United States.”

In fact, the numbers could be jaw-droppingly higher than that. Because in addition to the moon, asteroids hold significant amounts of resources, as well.

That’s likely to be the next frontier once humans master the moon.

And again, competition will be intense. Especially since our rivals aren’t just racing to mine the moon…

They’re racing to weaponize it.

Technically, the international 1967 “Outer Space Treaty,” prohibits “placing weapons of mass destruction in Earth orbit, installing them on the Moon or any other celestial body, or otherwise stationing them in outer space.”

However, our military intelligence suggests Russia and China are already violating that accord by putting weapons into satellite orbit. And they’re likely to do the same with the moon.

And this is why Donald Trump authorized the creation of a U.S. Space Force last year. 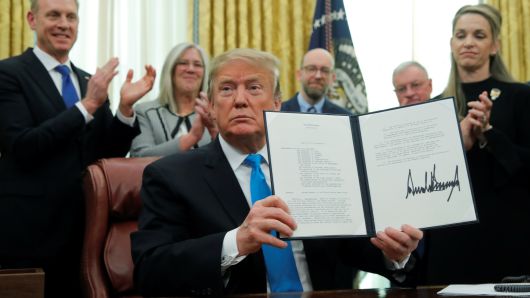 "We must have American dominance in space," Trump said during a speech at the National Space Council meeting.

While its role has yet to be clearly defined, the Space Force is likely to be charged with satellite surveillance and protection, safeguarding trade routes and other assets, delivering ordnance, vehicles, supplies, and personnel to far-off locations, and ultimately colonizing the moon and Mars.

That’s a huge task. It’s going to be complicated and expensive.

And that’s why I’ve found a company that’s in the perfect position to profit. 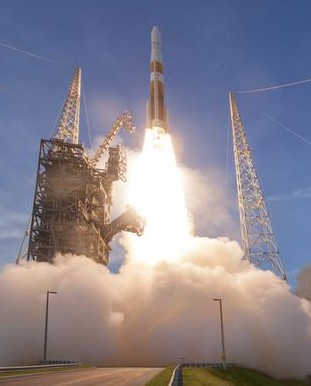 My latest recommendation for my Wealth Warrior investment advisory is a company that makes rocket engines.

It’s powered more than 1,600 rocket launches since the inception of the U.S. space program, including the legendary Apollo missions that landed the first men on the moon.

No question, this company is vital to the U.S. space mission, and it stands to rake in billions of dollars from moon launches and Space Force deployments.

That’s why the stock has already surged 30% since I recommended it just a few short months ago.

And that’s just the beginning.

A huge opportunity for life-changing gains lies ahead.

That’s why I encourage you to check out my latest report. It’ll tell you everything you need to know about the 21st-century space arms race, and the company best positioned to profit from it.