The Plot to Destroy America

These days, Americans are so busy fighting among themselves, they’ve completely lost sight of our most dangerous enemies.

And that’s why you’re missing the gravest threat to the United States today...

The real plot to destroy America.

Fox News and CNN don’t report on it.

The New York Times and Washington Post ignore it.

And the average American is completely clueless about the danger they face.

But the Pentagon isn’t.

I know because over the past year, I’ve attended dozens of military lectures, conferences, and exhibitions.

And do you know what they’re all talking about?

A potential war with Russia and/or China.

Because while the U.S. public has been distracted by political infighting, our wars in Afghanistan, Iraq, and Syria have drawn attention and resources away from our true adversaries.

And while we had our backs turned, they hatched a plan to take us down.

Both Russia and China have developed extremely advanced weapons systems — missiles that travel at supersonic speed, and are capable of evading our best defenses.

More importantly, though, they’ve done something they pledged not to do...

These countries now have hypersonic weapons capable of piercing our missile defenses from outside the Earth’s atmosphere.

But the continental United States isn’t their intended target.

It’s our satellites that they’re aiming for.

In particular, our GPS satellites.

You may think GPS is only for directions, but these satellites do far more than that.

There are 2 billion GPS receivers in use around the world.

They provide hyper-accurate clock synchronization to all industries that need exact timing calculations to conduct business.

If one or two GPS satellites are knocked out — not to mention three or four — almost everything in America falls apart.

Financial markets will shut down, because they all rely on GPS signals to conduct, record, and timestamp transactions.

And banking would freeze up because every transaction requires a timing signal from a GPS satellite.

All of your money would be frozen and out of reach.

The same applies to our water system.

Your mobile phone, your television, and your credit cards rely on GPS satellites.

And perhaps most importantly, without our satellites, our military would be completely vulnerable.

Every second of every day our armed forces communicate and conduct reconnaissance via satellite.

Without them they’d be blind.

And that’s the point.

Russia and China have secretly developed weapons to blind and immobilize our military, and paralyze American services and institutions.

In fact, China was developing and testing satellite-killing weapons as far back as 2007.

First it shot down an old weather satellite. Then, it started firing missiles deeper into space, where the Pentagon parks its most sensitive satellites. 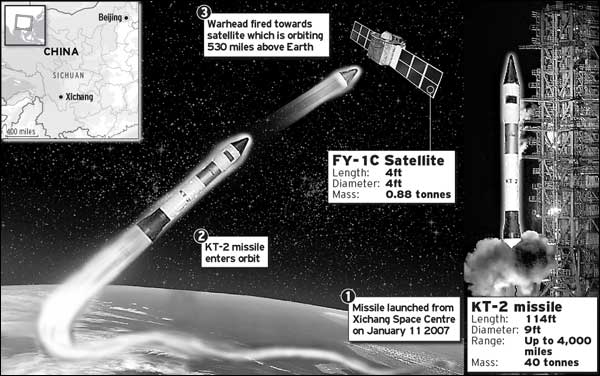 Then-Secretary of Defense Mattis confirmed the result, flatly admitting that the Chinese “could take out our satellites.”

And that is why President Trump called for the quick creation of a U.S. Space Force.

People scoffed at the time.

Maybe you did, too.

Late-night comedians sure had fun with it.

But again, that’s because they’re completely ignorant to the threat we face.

The president didn’t just invent a whole new military branch on a lark.

He did it because the top Pentagon brass told him the same things I just told you.

That’s why I wasn’t surprised.

I didn’t think it was stupid.

I thought it was smart and a good opportunity for investors.

That’s why, as Investment Director of The Wealth Warrior, I started looking for opportunities to profit.

And I found one.

On October 10, I told my subscribers about a stock that would benefit not just from the Space Force, but the rapid development and adaptation of hypersonic weapons.

This is a company that makes rocket engines.

Its technology and products are used in missiles like the Tomahawk, Patriot, and THAAD.

It’s also powered more than 1,600 rocket launches since the inception of the U.S. space program. That includes the legendary Apollo missions that landed the first men on the moon.

No question, this company is vital to the U.S. space mission, and it stands to rake in billions of dollars as the U.S. military launches the Space Force and races to meet the new threat posed by Russia and China.

That’s why the stock has already surged 30% since I recommended it just a few short months ago.

And that’s just the beginning.

A huge opportunity for life-changing gains lies ahead.

That’s why I encourage you to check out my latest report. It’ll tell you everything you need to know about the 21st century space arms race, and the company best positioned to profit from it.