The Next Big Thing In Mining

You may have seen graphene in the news lately because of the incredible advances it's bringing about in a wide spectrum of industries.

And here's why: It's 200 times stronger than steel, thinner than a sheet of paper, and more conductive than copper.

Researchers at the UK's University of Manchester note it's "almost one million times thinner than a human hair."

"It is not only the thinnest material in the world," says the New York Times, "but also the strongest: a sheet of it stretched over a coffee cup could support the weight of a truck bearing down on a pencil point."

Bloomberg adds: "Lighter than a feather, stronger than steel, a superior electrical conductor to copper: According to its champions, graphene could unlock a new era of super energy-efficient gadgets, cheap quick-charge batteries, wafer-thin flexible touchscreen computing, and a sturdier light-weight automobile chassis."

Bottom line: Graphene has the potential to completely revolutionize entire industries, creating bendable phones and touch screens... tiny self-powered oil and gas sensors... even synthetic blood that can be used in any person on the planet. 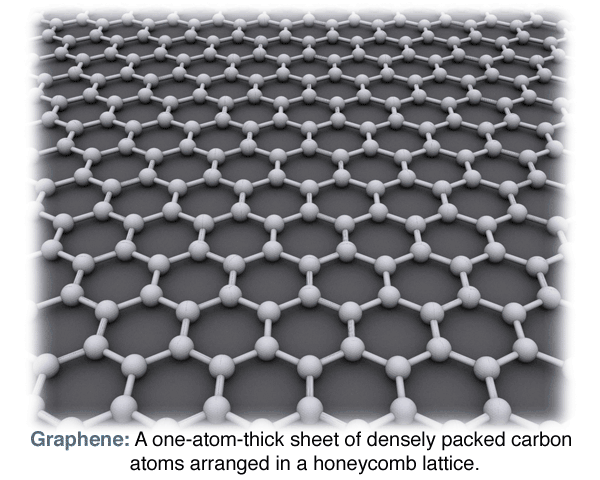 And because of its possible future applications in technology, it has been generating significant buzz among scientists worldwide since its discovery.

Strategic metal experts are already calling graphene the "... most important substance created since synthetic plastic a century ago!"

It's no wonder the two Russian scientists who discovered it were awarded the Nobel Prize in physics — as well as knighthoods.

"Graphene doesn't just have one application," says Andre Geim, the Russian scientist who made the find along with Konstantin Novoselov.

"It is not even one material. It is a huge range of materials. A good comparison would be to how plastics are used."

I'd say plastics is a conservative comparison. Graphene has far more high-tech uses than plastic — and is poised to be much more lucrative.

Scientists are hailing it as a miracle cure for industries ranging from fiber optic data transmission to nuclear energy to lithium-ion batteries.

Since graphene has a high strength-to-weight ratio, it's the perfect material for use in automobiles, rockets, boats, turbine blades, airplanes, and more.

Take a look at what hundreds of researchers, companies, and governments are already doing with the strongest, thinnest, most conductive material ever discovered... 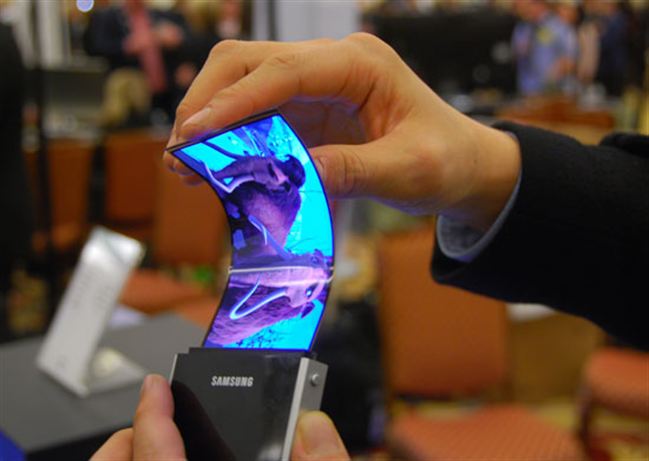 According to the Daily Mail:

"A graphene credit card could store as much information as today's computers," and that "will lead to gadgets that make the iPhone and Kindle seem like toys from the age of steam trains."

The BBC says: "It could spell the end for silicon and change the future of computers and other devices forever."

Amazingly, the Israeli Army is even using the material to make invisible missiles.

The applications for this "wonder material" appear endless...

This Super Material "Will Change the World." — Huffington Post

I'm extremely bullish on graphene's future prospects, and so is one of the men who discovered it, Nobel recipient Konstantin Novoselov:

"I don't think it has been over-hyped... It has attracted a lot of attention because it is so simple — it is the thinnest possible matter — and yet it has so many unique properties. There are hundreds of properties which are unique or superior to other materials. Because it is only one atom thick it is quite transparent — not many materials that can conduct electricity are transparent."

And speaking of transparent, scientists at the University of Texas, Dallas have made a graphene invisibility cloak by heating up a sheet of the material with electrical stimulation.

Again, this isn't science fiction. This is happening right now.

Novoselov says, "It's a big claim, but it's not bold. That's exactly why there are so many researchers working on it."

So many, indeed: Over 200 companies are pursuing graphene opportunities, and it's been the subject of thousands of peer-reviewed research papers.

"Analysts say the first graphene-intensive products should come to market within 18 months," says Businessweek, "with IBM, Samsung, and Nokia among those racing to be first."

And now the global race is on — with a huge increase in patents filed to claim rights over different aspects of graphene...

The BBC reports: "A surge in research into the novel material graphene reveals an intensifying global contest to lead a potential industrial revolution."

Yet only a few companies around the world have access to mineral graphite, which is the resource required to make graphene...

And up to this point, China has had a tight grip on the worldwide graphite supply, controlling over 70% of it. 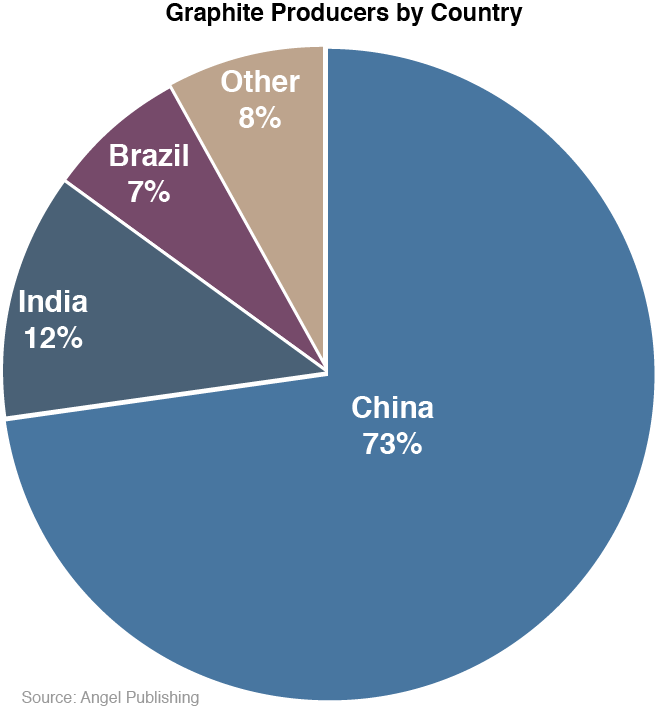 Like it did with rare earths, China is limiting graphite exports with quotas — imposing a 20% export tariff and a 17% value added tax (VAT), causing graphite prices to rise. What's more, due to environmental concerns, China has just ordered restrictions on any further graphite mines in two of its largest graphite producing regions.

All this has set the stage for non-Chinese based production of graphite to explode in a big way... leaving the door wide open for graphite mining operations in other parts of the globe as most of the world's major economies perceive the mineral as being necessary for technological and industrial progression.

"China has a stranglehold on natural graphite supply," says Simon Moores of Industrial Minerals. "This, together with a generation of under-investment in mines around the world, is creating a very tight supply situation."

Already, Future Markets, Inc. reports a 4,000% increase in demand for graphene-based materials, which could send graphite prices soaring as demand for this mineral starts outpacing supply next year... 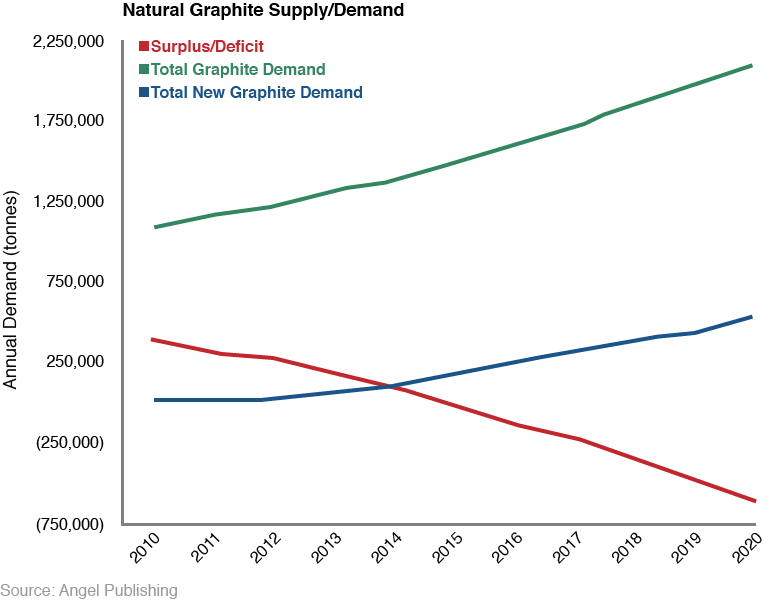 That's why graphite has been named a "supply critical mineral" and a "strategic mineral" by the United States and the European Union.

Starting next year, the world will demand more graphite than is available... and the supply/demand imbalance will only be worsened as these new sources of demand from graphene applications come online.

So the timing is perfect for one tiny mining company that just discovered over six million tonnes of this precious resource, meaning it's worth nearly $9 billion at current market prices.

I'll have full details on this discovery for you tomorrow, but you can get a sneak peek at this massive discovery by clicking here today.