Your account should be swollen. I hope it’s not an infection.

What we do here is only a piece of the larger puzzle.

You won’t see me writing about low-cost Vanguard Admiral shares here, but stuff like that should be the anchor of your overall portfolio.

Here, we do hard assets, wealth protection, and contrarian commentary and ideas.

That last part is important. Because there’s an increasing disparity between those all-time highs and a true understanding of what’s causing them.

We continue to hear much about job growth and the tweeter-in-chief would have you believe the economy is GREAT!!

Indeed, the economy added 128,000 jobs in October — the 109th consecutive month of job growth. And the unemployment rate hovers near a 50-year low.

But wage growth has been slow, up just 3% in the past year. And consumer confidence is down from a year ago as well.

Employers are afraid to raise wages for fear of being priced out of their market. Why, if the economy is so strong?

But so is the entirety of the market, which has seemingly defied all odds to rise to new highs.

U.S. third-quarter GDP just came in at 1.9%, the lowest point of the year in a downward trend that started in 2017. Business investment fell 3% and spending on factories and offices fell 15%.

We got jobs. But not much else.

No wonder, then, the Federal Reserve cut rates for the third time this year in October, erasing all the increases from 2018 and taking the Federal Funds rate back down to 1.75%, and has resorted once again to buying government-backed securities, which you’ll remember is Quantitative Easing.

The Fed is now buying Treasury bills to the tune of $60 billion through the end of this month, with the actions continuing through June 2020 with an amount to be determined.

It will also continue to intervene in the market for repurchase agreements, so-called Repos, something it started doing in September for the first time since the financial crisis.

All this accommodation is the reason the stock market is at all-time highs. But it’s gotten to this point for all the wrong reasons.

Because instead of being spent on things that truly expand the economy, like infrastructure, the cheap money has mostly flowed into investments that have improved stock prices but little else.

Investors lending to those who are creditworthy will accept very low or negative interest rates and won’t require having their principal paid back for the foreseeable future. They are doing this because they have an enormous amount of money to invest that has been, and continues to be, pushed on them by central banks that are buying financial assets in their futile attempts to push economic activity and inflation up. The reason that this money that is being pushed on investors isn’t pushing growth and inflation much higher is that the investors who are getting it want to invest it rather than spend it.

As a result of this dynamic, the prices of financial assets have gone way up and the future expected returns have gone way down while economic growth and inflation remain sluggish.

Because investors have so much money to invest and because of past success stories of stocks of revolutionary technology companies doing so well, more companies than at any time since the dot-com bubble don’t have to make profits or even have clear paths to making profits to sell their stock because they can instead sell their dreams to those investors who are flush with money and borrowing power.

It’s getting out of control, and more people are starting to realize it. Just look at the failed IPO and implosion of WeWork.

At the same time, government debt and spending is exploding. The U.S. budget deficit has more than doubled since 2015. 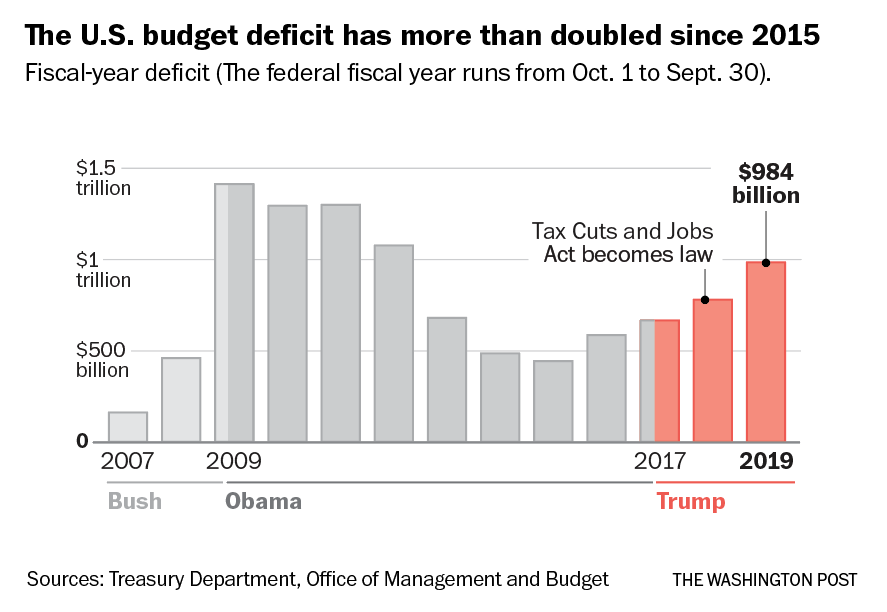 After next year, the interest on that debt alone will be the country’s biggest expense — overtaking all other defense and nondefense spending. 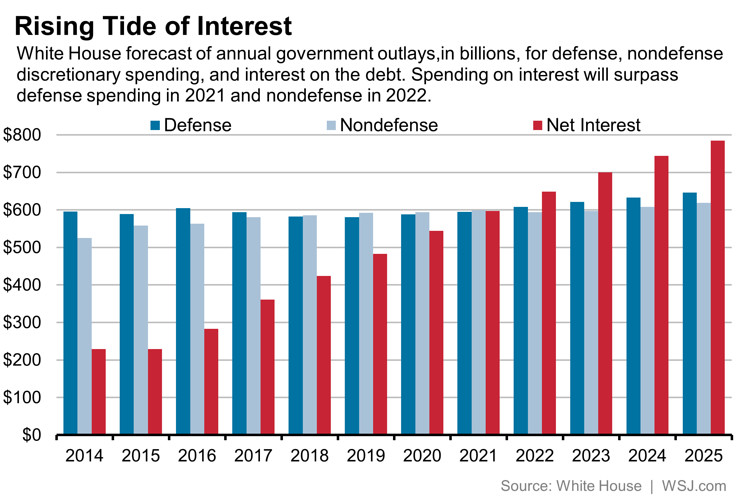 This is the ulterior motive of the Fed. It’s the real reason rates need to stay low.

And it’s the reason, again, that stocks are rising for all the wrong reasons.

What else do the Fed and other central banks know? They know gold is going to be a major part of the financial reset they know they’ve induced.

Why else would they be buying the most gold on record? 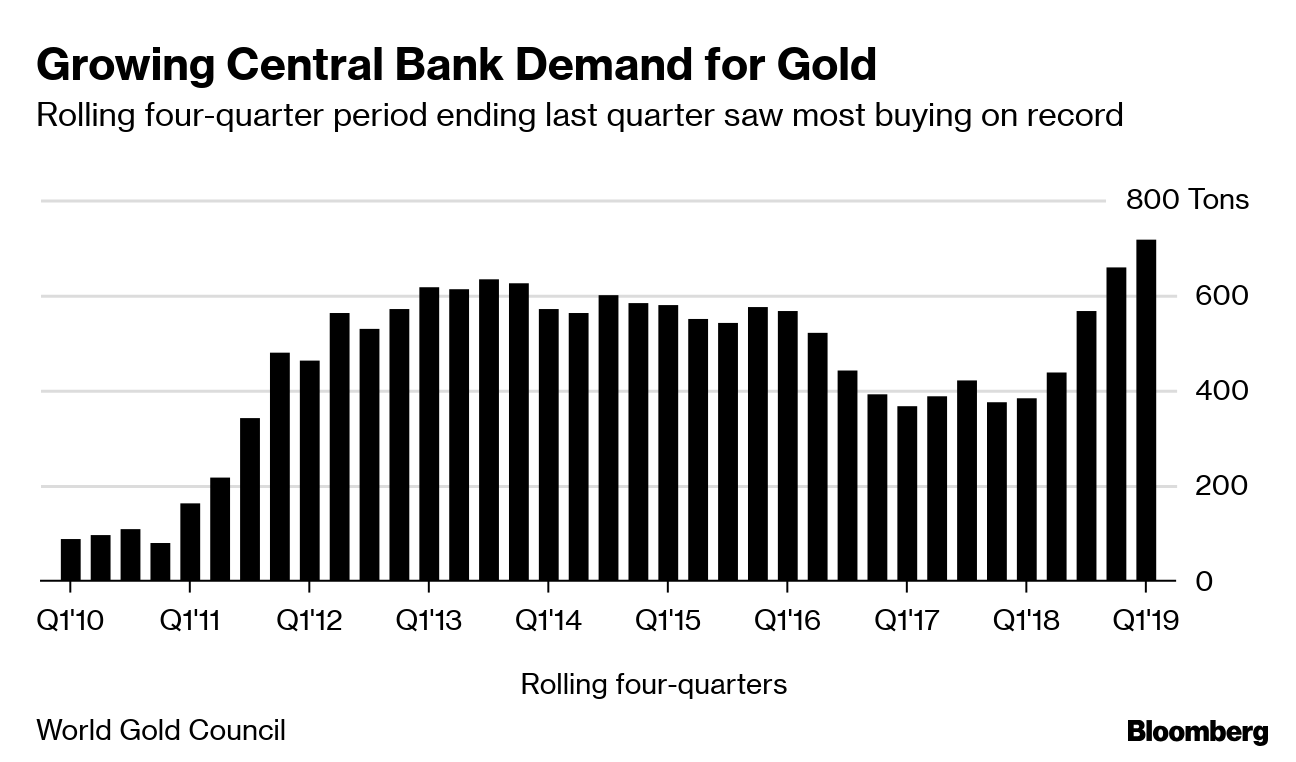 Maybe it is an infection.

And it could have a golden cure.

Sneak Peek: The latest issue of Wall Street's Underground Profits
Nick Hodge's introduction to a gold-packed issue
Gold Knows the Truth
The global absurdity is reaching a crescendo. Everyone knows the central banks are a joke (but hang onto their every word). Everyone knows the protests in Hong Kong are valid (but can’t say it lest it affect the bottom line of their employer.) However, gold knows the truth...
The Biggest Short?
Michael Burry, the man behind 'The Big Short,' is out with a brand-new prediction. But it doesn’t involve the government or the real estate market. It hit right at one of the safest investments out there...
Investing in Marijuana Without Getting Burned
The marijuana industry has rewarded scores of investors with life-changing gains.