The first cool days of fall are upon us.

The days are getting shorter.

Nights are getting longer.

I could even feel the chill of winter in the air walking through Baltimore's financial district this morning.

But not just the chill of the weather.

It’s the chilling thought that those running our country haven’t a clue what they’re doing.

But things have changed, and they need to keep up with the times or we're doomed. 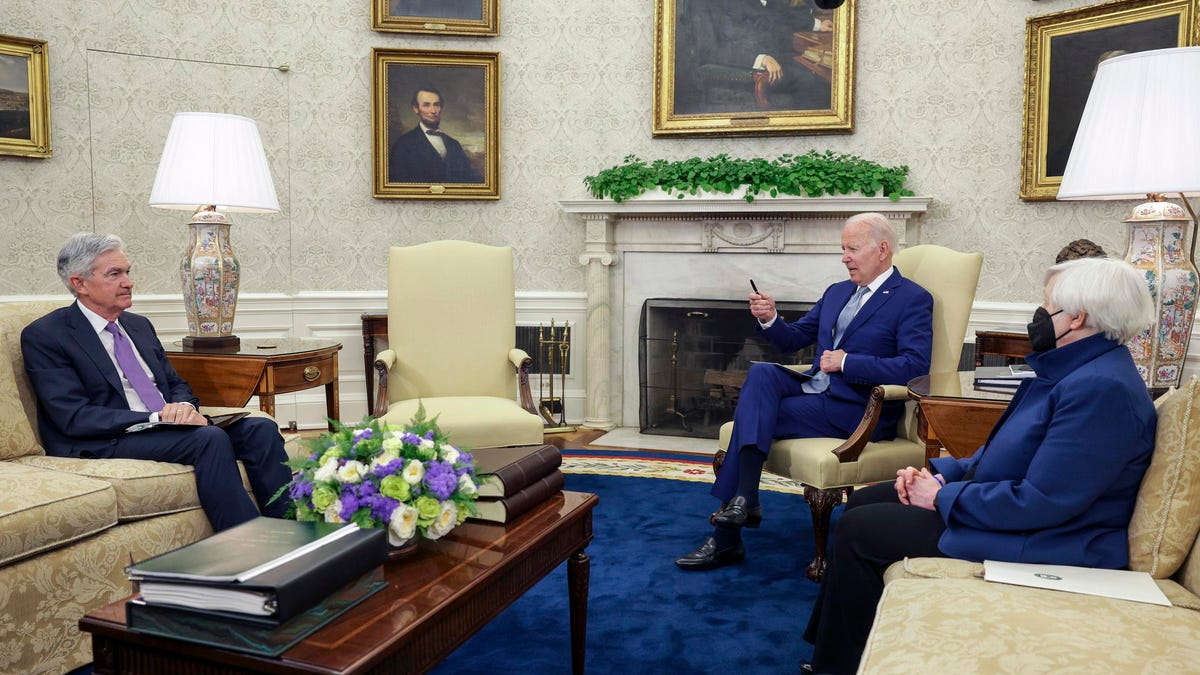 How do you think the conversation went?

Biden: “Now listen here, schmuck, our plan isn’t working. Everyone knows we’re lying about transitory inflation. And my numbers are terrible, so I can’t be blamed for this inflation nonsense.”

Powell: “But, with all due respect, you are to blame, sir. Your administration’s inflationary policies led to high inflation. You declared a war on oil and then pumped trillions of dollars into the economy to subsidize green energy.”

Biden: “Now, you listen here, J. Pow, you know none of this was my idea in the first place. I’m just following orders. Speaking of, we’re gonna need you to take the fall for this one. We need you to raise rates.”

Powell: “But raising rates will cause a recession. It could even plunge the U.S. economy and perhaps the world into a second great depression… Mr. President? Mr. President? Well, I better not wake him. He’s got to get his beauty sleep.”

So now the Fed is on a scorched-earth mission to bring inflation back down to 2%.

We keep hearing about the inflation target of 2%.

We just gotta hit that quota, the Fed says.

But this 2% number is the main reason we’re flailing right now.

That's because it's completely arbitrary.

In fact, the 2% guideline was invented out of the thin air in a 1988 TV interview with Roger Douglas, New Zealand's finance minister.

According to Quartz, Douglas “went on TV to talk about the government’s approach to monetary policy. This involved targeting inflation specifically — a method that had kicked around in economic literature for years but that hadn’t been implemented anywhere. At the time of Douglas’ TV appearance, the inflation rate had just dipped below 10% for the first time in some years. [Former New Zealand Reserve Bank Governor Don Brash] recalled that Douglas’ interviewer asked him: ‘Was the government satisfied now, with this lower level of inflation?' 'No,' Douglas replied, adding that he’d ideally want an inflation rate of between 0% and 1%.”

Douglas’ number was made up completely off the cuff, and it was quickly rounded up to 2% by the New Zealand central bank after factoring in cost-of-living estimates.

But once New Zealand let the cat out of the bag, other countries starting following in lockstep, including the U.K., Canada, and the U.S.

So, yes, the number that Jerome Powell is using to gauge inflation is not only 34 years old but also a rounding error from an off-the-cuff TV interview with the finance minister of a country the size of Colorado.

And this number is really bringing the pain to the U.S.

According to RSM International, if the Fed continues to try to bring inflation back down to 2%, it would cause the loss of up to 5.3 million jobs and lift the unemployment rate to 6.7%.

But just as inflation was “transitory” and the numbers were way higher than reported, these unemployment numbers are also a conservative estimate.

At the rate we’re going, we could see at least a 10% unemployment rate, the same number as during the Great Recession.

Here's one example of how that could quickly happen.

New data show that 25% of workers quit their jobs this year.

But when rates rise, unemployment goes up.

So if these people don’t get jobs?

We’ll be looking at unemployment levels not seen since the Great Depression.

On the positive side for investors, the Fed has been wrong about pretty much everything up to this point, so there’s a small chance the economy will rebound sooner than expected.

That’s why investors should keep buying at regular intervals to lower their cost average.

And now that good dividend-paying companies are cheaper, they look even more attractive.

We might need the cash sooner than any of us planned.

There is no denying that we are on the cusp of yet another major financial crisis.

And if you’re worried about what you should be doing now to protect yourself from what lies ahead, I suggest you check out this presentation.

He’s including the names and ticker symbols of three stocks you MUST have in your portfolio right now if you're looking to come out of this unscathed.