The Big Money Is Piling Into THESE Companies

Billionaires are setting themselves up for 2023...

The last two months have seen the markets go into a free fall.

Inflation was at 40-year highs, with no reprieve in sight.

But last week, the newest inflation numbers came out and investors rejoiced, albeit a little too much.

The consumer price index (CPI) was expected to rise 0.6% in October and 8% from a year ago.

The new data showed the CPI increased 0.4% in October and 7.7% year over year.

But we have to take these numbers with a grain of salt, as it seems like a bit of an overreaction from Wall Street. That's because the numbers are good, but they aren't great. It doesn't mean consumers will feel the effects of less inflation in the near term.

The new numbers were certainly enough to push volume higher and get some positive momentum back in the market, though.

When we see signs that prices have stabilized coupled with cooling in the labor market, that will signal inflation has peaked, which could certainly spark another long bull run.

For now, the Fed's still expected to raise rates until they reach 5% next year.

As we know, the Fed historically raises rates to increase the cost of borrowing, which, in theory, should bring prices down. But this inflation cycle wasn’t caused by a red-hot economy that needed cooling. The pandemic, supply chain struggles, foreign wars, and a determination to kill domestic fossil fuel production have all factored into inflation.

Word on the Street is the Fed won't stop raising rates until inflation halves. And remember that the Fed’s target rate is 2%. So in theory, the Fed will keep raising rates until the CPI hits roughly 4.4%. And that's what's going to pull us out of this bear market. Until then, expect the market volatility to continue.

As today's numbers show that it's a risk-on environment, investors are now willing to take on the risk by piling into the market.

We could see some wild movement this week.

And the big money’s making moves.

The stock market, foreign events, and domestic political woes have made people nervous, especially the people with a lot of money.

So when you see millionaires and even billionaires posting videos on YouTube about how they’re changing their investing strategy, putting money into different asset classes, or getting advice from other wealthy people about their own portfolios, you know there’s trouble in paradise and it's time to listen up.

Now, I follow a few big names in the investment industry on YouTube, including Graham Stephan, Dave Ramsey, and Alex Hormozi.

With over 4 million subscribers on YouTube, Graham Stephan’s built a solid following as a wealth guru. At just 30 years old, he’s sold $120 million worth of property as a real estate agent. His channel covers real estate, the stock market, and current events, as well as his own successes and failures with his business. It’s great to see this kind of transparency online because, as I’m sure you know, there are lots of people proclaiming to be experts or gurus. Graham talks a big game and backs it up.

He recently shared a video where he sits down with Dave Ramsey to analyze his real estate and stock portfolio. Graham reveals his multimillion-dollar real estate portfolio, something many of us could only dream of. But what I found most interesting was his stock portfolio. 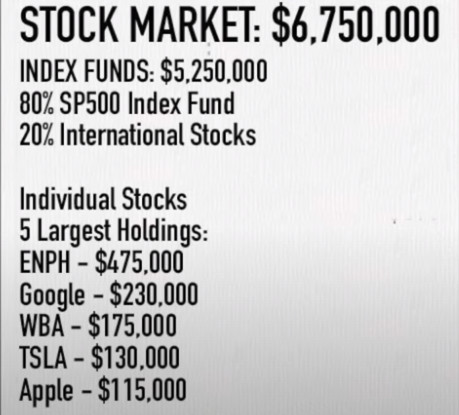 Dave Ramsey commented, “We tell folks not to have more than 1% of their net worth in single stocks.”

That’s a good idea if you don’t have the time to keep track of them.

Here’s how those positions are faring since Graham posted the video: 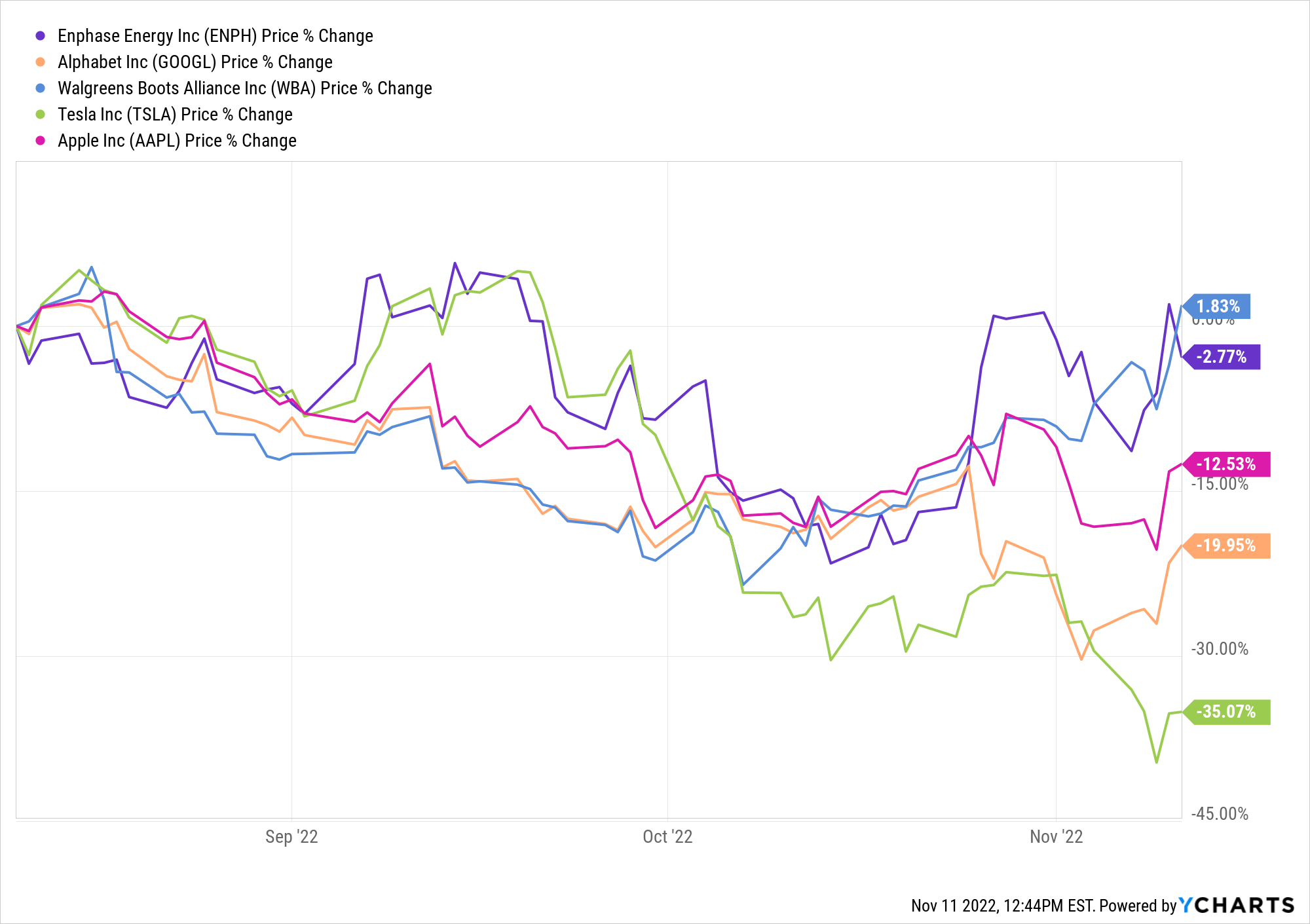 Where the Wealthy Things Are

Dave says the wealthy find something that they like, understand, and are good at, and they do it over and over again.

This is something that millionaire businessman and investor Alex Hormozi reiterates as well. In a recent video, Alex said he just crossed $100 million in net worth, with the goal of making $1 billion. His business theory is to have a singular focus, to do the things he knows, do more, do it better, and keep doing that over and over again.

He says he followed three strategies to build his wealth. First, he invested in himself with courses, workshops, and mentorships (I think a lot of people overlook this crucial step.) Second, following Warren Buffett's advice for novice investors that investing is only risky if you don't know what you're doing, he plowed all his money into the S&P 500. Third, he creates and invests in private businesses because that's what he knows.

Again, the richest people invest in what they know. There's no secret sauce. They just keep it simple. They don't do a lot of things, but they choose one or two, and they make sure to do it well.

But Alex said something that really stuck with me. He said, "Where you get the outsized returns is playing in a game where you have an unfair advantage, where you know more than everybody else does."

This couldn't be more true, and we see it all the time in the stock market.

Traders use their knowledge and expertise of Wall Street to game the system in their favor. They invest in what they know, and they do it incredibly well.

In fact, there's a group of traders who almost never lose money in the stock market.

They're so successful that Jeff Bezos, Elon Musk, and even Bill Gates use them to protect their wealth.

Who are these secret moneymen?

Find out here — you'll even see what stocks they're plowing billions into right now.