2018 has been a challenging year for those of us who speculate in the junior resource space. But, despite one of the toughest years I’ve ever seen, there’s a lot to look forward to in 2019.

Earlier this year when everything was rosy, the overall indices and all cryptocurrencies were going straight up (where’d all the experts go?), and volatility was non-existent, I told you that volatility was on the way and would become a permanent part of the investing landscape.

Now I’m telling you that 2019 will be a breakout year for copper, uranium, and even gold.

Bloomberg recently reported that a third of capital spending by big miners is being allocated to copper. 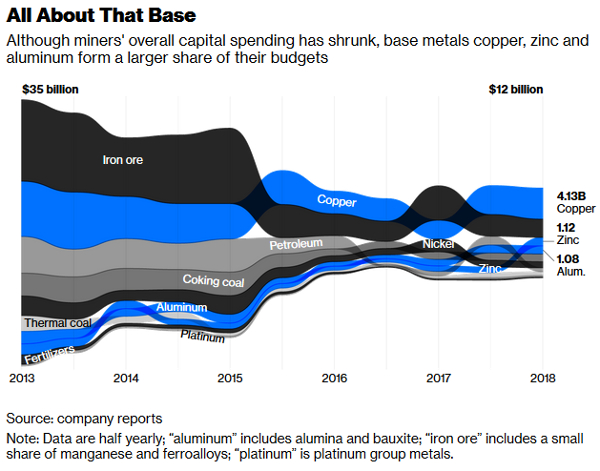 Trade tensions between China and the United States took copper from a high in June to the $2.69/lb. level where it sits now.

I’ve said it several times: trade wars are not sustainable and I expect a breakthrough in negotiations in early 2019.

There is a lack of large-scale copper developments that can be brought online to replace depleting reserves and stockpiles on the London Metal Exchange are down nearly 30% month on month just off one-year lows. 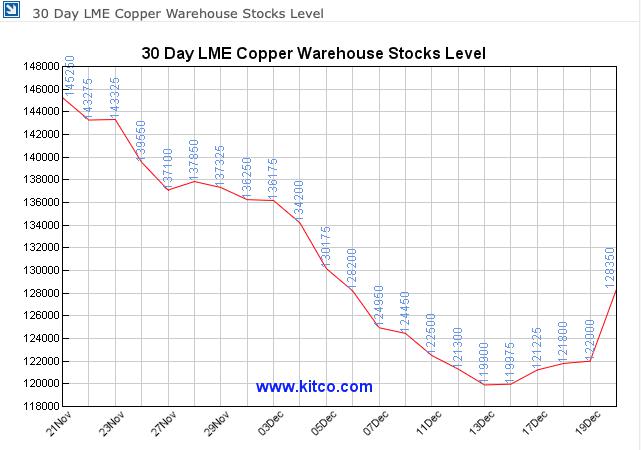 COMEX open interest is at a two-year low and hedge funds have liquidated long — and short — positions, in essence going neutral into 2019. 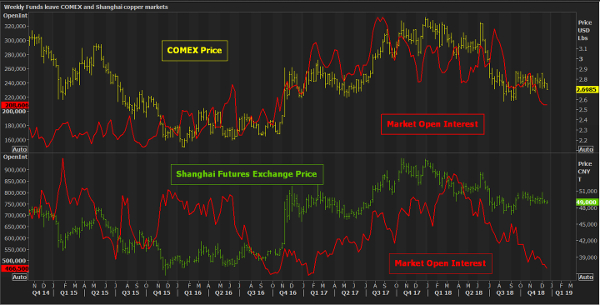 Expect a deal with China. Expect an infrastructure deal and expect a copper price north of $3.20/lb. in 2019.

The juniors with exposure to copper have been hit with a combination of a crypto and cannabis bubble which soaked up speculative dollars earlier in the year, making the juniors first in line for tax-loss selling.

January is right around the corner and so are higher copper prices. I expect a bull market in copper that takes many by surprise in 2019. The juniors will soar.

Uranium is also primed for a breakout year and the start of a historic bull market in uranium companies.

No one bothered to tell the juniors.

The juniors have not kept up and the disconnect presents one of the most compelling opportunities I’ve ever seen.

There are currently 454 nuclear power reactors in operation supplying 31 countries around the world, with 54 under construction, another 148 planned, and 337 proposed across Europe, India, the U.S., and China, according to the International Atomic Energy Agency. 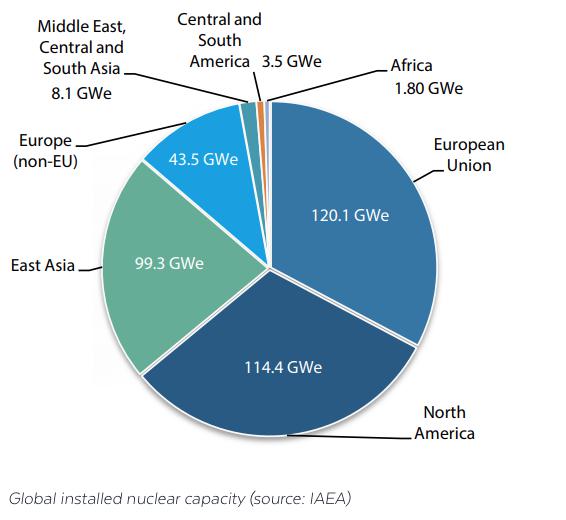 Like copper, uranium is poised to benefit from the electrification of everything.

Global electricity demand is forecast to grow approximately 50% over the next two decades and I believe that to be a conservative estimate.

Japan has nearly 10% of the world’s reactors but restarts have been slow and most are still not operating.

China — the commodity elephant in the room — only generates 4% of its power from nuclear but has a target of 20% non-fossil fuel by 2030. That’s a lot of new reactors and pent-up demand will underpin prices for at least a decade.

Another driver — along with supply cuts — is the new holding companies and funds that have come into the market.

Yellow Cake raised over $200 million earlier this year to buy over 8 million pounds from Kazatomprom.

It can raise and buy $100 million worth of Yellow Cake each year for the next nine years. That’s millions of pounds that could potentially come out of the market.

The nearest-term catalyst and one that I believe will send shares of U.S.-based uranium development companies up is the Section 232 investigation.

That decision will force the U.S. utilities, who are the largest consumers of uranium globally, to finally step back into the market.

They’ve been idle waiting for a decision from President Trump.

That decision is imminent. The bull market that will accompany it will be violent and historic. Get positioned now.

We’ll talk gold next week. Have a great holiday.

Paris Is Burning and the Fed Is Blinking
Everything’s on sale. Pick the best names and buy them or find another sandbox to play in because the best thing you can do for your 2019 if you’re going to speculate in this space is buy the better names now. Outsider Club editor Gerardo Del Real tells readers where to look...
The Secret Factor in Stock Picking
Mr. James Dines runs one of the world’s longest-lasting financial newsletters, The Dines Letter, and has become a legend among investors. Here is a look at how 2018 has worked out for his readers, and some guidance on where to be now and in the year to come...
Can You Stick It Out?
Get out there and buy your favorite junior resource stock because it’s likely as cheap as it’s going to get. Outsider Club resource expert Gerardo Del Real explains to readers why the junior resource market could get a big boost in the coming months...
A Very Outsider 2018
Here at Outsider Club, we don’t always get it right, of course. But we consistently provide the opportunity for big wins across the entire spectrum of the market. Let's take a look at some of the highlights from the year that was...
Investing in Marijuana Without Getting Burned
The marijuana industry has rewarded scores of investors with life-changing gains.