Want to turn your Toyota into a Tesla? Just follow the money.

I remember the day my family got a computer.

My dad set it all up, as I was too busy playing bat ball in the cul-de-sac with my neighborhood buddies and I really had no use for one yet.

It wasn’t connected to the internet at the time, but that didn’t matter. I only cared about playing WWII-themed computer games for 10 minutes until they crashed because the video card wasn’t strong enough.

Once we got the internet, after waiting for the creepy dial-up sounds, I mainly used AOL Instant Messenger to chat with school friends and Napster to download music (sorry, not sorry).

With no one quite sure of its power or utility, the internet in its infancy felt like the Wild West: intriguing and dangerous with an almost playful, romantic quality.

Somewhere along the way, things changed...

We were used to seeing them on TV, so no one batted an eye at first. But then companies started raking in the dough. Just look at Google’s ad revenue over the last two decades. 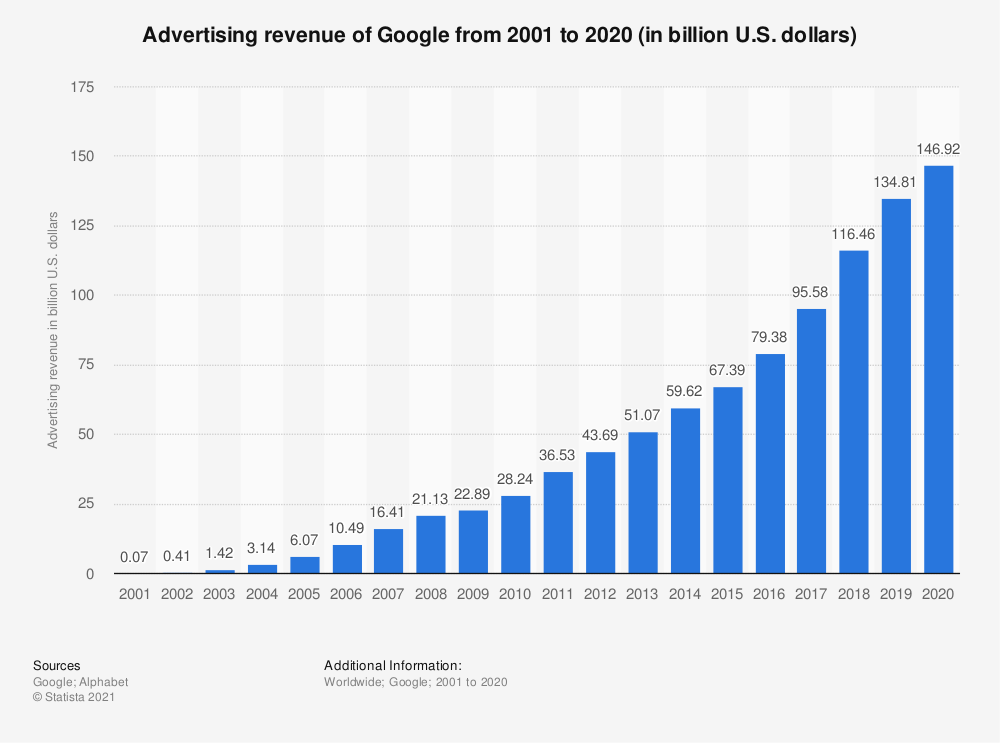 No one knew what would come next. We simply didn’t understand the capabilities of search engines and websites, mainly because it wasn’t disclosed to the public... but we were being tracked and targeted.

You’ve surely visited a website and been asked to accept cookies to enhance your user experience. A cookie is a text file that’s passed back and forth between a user and a website so the site can remember that user and their preferences. But advertisers quickly learned how to exploit cookies to track users and display targeted ads.

Lou Montulli invented the cookie in 1994 while working at Netscape, one of the internet's first web browsers. What started as a privacy-conscious solution to the problem of websites being unable to remember the users accessing them has since turned into a privacy nightmare, where websites track and store your information and follow you around the internet.

In a recent interview with Quartz, Montulli said he has misgivings about the abuse of his invention, saying “That wasn’t something that we had really anticipated sites doing — although I guess one could have followed the money and could have imagined this happening.”

Ad tracking and the abuse of user data have picked up steam over the last few years. And it’s only getting worse.

This is the data everyone is so concerned about. And it’s worth its weight in gold.

The 2018 Cambridge Analytica Facebook scandal brought to light some more dirty underdealings at tech companies, mainly that they weren’t protecting our data.

When Facebook came along, it promised to create a social network of college students. Just like the internet itself, Facebook was wonderfully innocent at first. But then people got greedy. Again, just follow the money.

Now every time you load a web page, there’s an ad... and then an ad inside an ad. And now you’re seeing ads for things you talked about with your friends. You even see ads for something you only just thought about. You think to yourself, “Did I even say that out loud?”

About five years ago, rumors surfaced that the Facebook Messenger app accessed users’ microphones in order to target ads. Facebook claimed it targets ads based only on age, gender, and location and doesn’t listen to your conversations.

But can we trust anything the company says? As we saw last week with Facebook whistleblower Frances Haugen’s testimony that the company knows how harmful its content is to children but won’t change its algorithms, I think not.

Profit From the Money Trail

I mentioned The Wall Street Journal podcast series called “The Facebook Files” last week while saying the company looked like a short opportunity.

We published that piece 10 minutes before Monday’s market open. The stock fell 5.8% at its low Monday as Facebook and its sister sites, Instagram and Whatsapp, crashed. Hopefully you were able to capitalize on the move. Let me know how you did here.

(Note that when I said short in this instance, I wasn’t saying you should actually short the stock but only that it will fall. Usually buying puts is a much safer option than shorting.)

Haugen’s testimony is what the world needs right now, and it’s got Zuckerberg shaking in his boots. She said, “It’s about Facebook choosing to grow at all costs, becoming almost a $1 trillion company by buying its profits with our safety. Today Facebook shapes our perception of the world by choosing the information we see.”

So even if you’re not using Facebook, Instagram, or Whatsapp, the fact that 60% of the world’s connected internet users are on these sites affects us all. Essentially, Facebook has a monopoly on truth.

As an old colleague of mine used to say, social media should come with a surgeon general’s warning. The long-term effects are clearly detrimental to our brain chemistry.

Facebook’s internal reports concluded that Instagram made body image issues worse for one in three teen girls, while 13% of British users and 6% of U.S. users said Instagram led to suicidal thoughts. Not to mention Facebook’s intentional targeting of kids through harmful ads.

The Technology Transparency Project (TTP) last month tested Facebook’s advertising approval system by submitting a series of ads. TTP didn’t run these ads, but they were in fact approved by Facebook’s artificial intelligence. 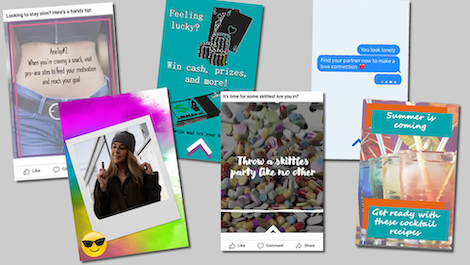 And just as all this stuff was coming to light, Facebook and its sites went offline for six hours. Coincidence? I think not.

Surely the cleanup crew got tapped to get rid of evidence.

At the end of the day, you might think, ah, whatever.

So follow the money, as that’s where the truth lies.

A simple solution is to have a disclaimer on the sites before you use them.

More broadly, we need to give tech companies clear consent to use our data. And if they make money using our data, we should get a cut of it. That’s the way of the future.

The stock rose 15% last week. Shoot me an email if you got in.

1 MIT Says THIS Metal Will Outperform... 2 How Would You Like to Play With These... 3 The Inflation Reduction Act Doesn't... 4 This Shadowy AI Network Controls 40%... 5 Buy This Stock Before Biden Signs the...

1 MIT Says THIS Metal Will Outperform... 2 How Would You Like to Play With These... 3 The Inflation Reduction Act Doesn't... 4 This Shadowy AI Network Controls 40%... 5 Buy This Stock Before Biden Signs the...