Sneak Peek: The Wealth Warrior on a World Pushed to the Brink

Written by Jason Simpkins
Posted May 7, 2020

Even with lockdown orders, massive unemployment, and an economy in freefall, we're experiencing nothing like other parts of the world.

A new wave of threats to both people and countries is coming, and we're on the brink of geopolitical breakdowns the likes of which we haven't seen.

Read on for an excerpt from Jason Simpkins' The Wealth Warrior to see what is being added on top of already dangerous times.

In Lebanon, a Syrian refugee set himself on fire because he was unable to feed his family. Another threatened to set himself ablaze in a bank because he couldn't access his money due to restrictions.

In Kenya, as many people have died in police crackdowns on citizens defying curfew as of COVID-19.

And China is using the chaos caused by the disease to quietly arrest key leaders of last year's Hong Kong protests.

This is the pattern that's emerging.

Across the globe, tensions are boiling as government restrictions and authoritarian crackdowns clash with populations that are being overwhelmed by their collapsing economies.

And it's going to get worse. 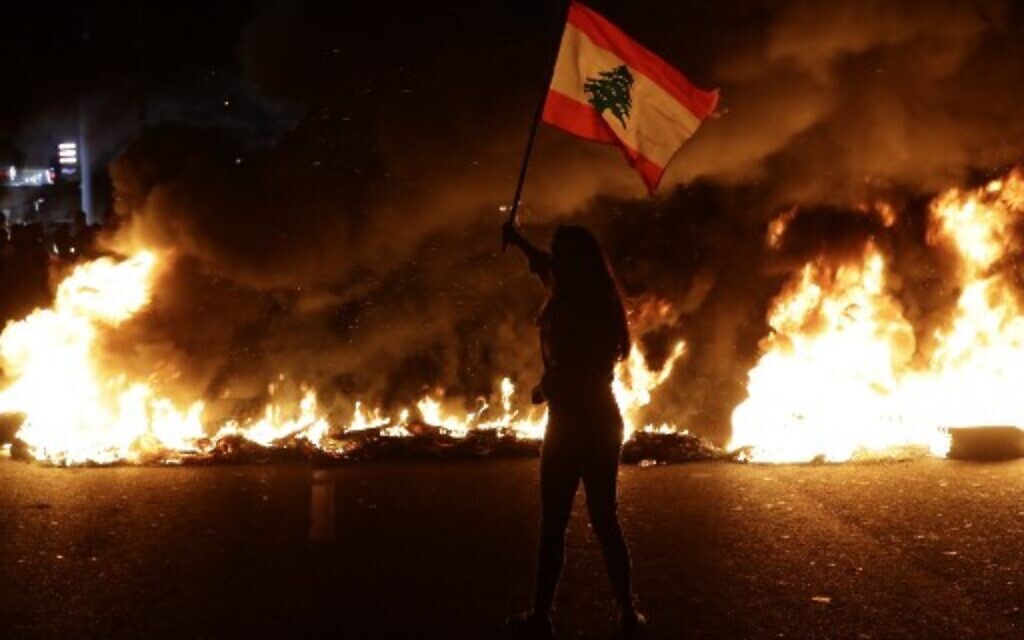 An unprecedented 90-plus countries — almost half the number of countries in the world (195) — have already petitioned the IMF for assistance. These countries are on the brink of default and don't have the resources to provide medical care, suspend rent and mortgage payments, or send out checks in the mail.

That's left their people, many of whom live hand to mouth, day-to-day, caught in a blender between government restrictions and survival.

Indeed, more than 2 billion people worldwide depend on daywork to survive, according to the International Labor Organization.

For them, not working means not eating.

“I’d rather die of the virus than die of hunger, or see my son or my wife go hungry, but I can’t provide them with food,” said a tuk-tuk driver in Baghdad, who got into a fight with police when he violated curfew to find work.  “What should I do? Beg? Steal?”

He's just one of many.

Iraq was already racked with corruption and political infighting, having endured six months of protests for reform prior to the pandemic. Now, it's seeing outbursts of rage from a population that's frustrated and starving.

Lebanon is in a similar situation. The country was on the brink of financial collapse even before the coronavirus paralyzed the economy. Now on lockdown, angry mobs are swarming onto the streets of Beirut and Tripoli.

No question, much of the Middle East was already consumed by chaos and violence, making the area all the more vulnerable to the coronavirus and the economic turmoil that's resulted from it.

But that doesn't mean these outbursts are exclusive to the region.

Around the same time, the lifting of restrictions in Italy resulted in a crime wave that required police to guard supermarkets targeted for robberies by hungry citizens.

These eruptions are far more concerning because they involve starving populations desperate for everyday necessities, rather than political reform, which at this point is seen as something of a luxury.

This is why the IMF is warning of “an increase in social unrest and violence" and “a significant threat to the maintenance of international peace and security.”

It's because these protests aren't about democracy. They're about starvation and abject poverty.

To that point, the World Institute for Development Economics Research has warned that 500,000 people could slide into absolute poverty as a result of the pandemic’s restrictions. That's half-a-million more people that will be pushed to the brink of starvation, on top of millions of others.

The threat is especially acute in China, which has leaned heavily on three decades of dazzling economic growth to keep its citizens in check. 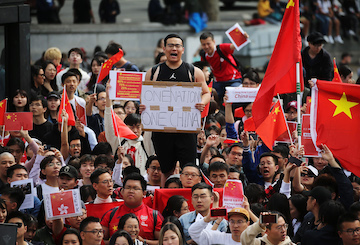 On Friday, Beijing reported the country's GDP had shrunk by 6.8% in the first quarter of 2020, marking the country’s first recession since liberal economic reforms unleashed explosive growth in the 1990s.

Dozens of people in the city of Wuhan — the wellspring of the coronavirus — recently took to the streets to demand rent forgiveness after lockdown restrictions were lifted, while violent clashes erupted between police and protesters in Hubei and Jiangxi provinces.

This is also why Chinese authorities have taken the opportunity offered by the recent chaos to crack down on the ringleaders of Hong Kong's protest movement.

More than a dozen veterans of the democratic movement were arrested on Saturday, the owner of a critical newspaper, lawyers, and opposition legislators — one of whom was convicted of assaulting a police officer by speaking too loudly through a megaphone. All 15 have been detained “in connection with organising and participating in unauthorised assemblies.”

The mass arrest was unprecedented in scale and prominence and represents a major escalation in China’s crackdown on the Hong Kong movement.

It also shows the government is scared, and thus more sensitive to criticism as a number of crucial dates approach, including the Tiananmen Square vigil set for June 4.

Now, that covers poor and developing countries, but what about richer, more advanced places like the United States?

Will we see similar uprisings?

It's a real possibility.

For one thing, President Trump has already made clear his disposition towards government restrictions. A smattering of anti-lockdown protests has erupted across the United States as a result, and some states are lifting restrictions even as case numbers rise.

However, those protests are not a true threat to stability. That will only emerge if the coronavirus persists, if a second or even third wave of infections disrupts the food-supply chain.

If the virus spreads to more meat-packing plants, or to dairy farms, other food processing facilities, or undermines our nation's transportation network...

If food banks start to run dry and the suddenly jobless devolve into a mass of long-term unemployed...

That's when we'll see a real social reckoning, one on par with what we're witnessing abroad.