Satan 2 Has Been Unleashed

Vladimir Putin stood at a pristine white podium, addressing the collective Russian government — oligarchs and all — as well as millions of Russians watching the State of the Nation address at home.

A screen behind him showed a computer-generated simulation of a nuclear attack, with a barrage of missiles pouring down on the Florida peninsula.

“With the new system, there is no limitation,” said Putin. “As you can see from this video, it can attack any target through the North Pole or via the South Pole. No missile defense system will be able to withstand it.”

Since then, Russia’s hypersonic capabilities have advanced even further.

In fact, in April, Russia test-fired the latest version of its flagship hypersonic missile, the RS-28 Sarmat.

This is the weapon NATO refers to as “Satan 2.”

It has an estimated max range of 11,180 miles, which is almost double the distance from New York to Beijing.

It’s almost half the circumference of the planet.

The United States has nothing comparable and our Cold War-era defenses have no way of stopping it.

I’ve recently read some statements from Western officials playing down the threat.

That’s fine. Russia is no doubt exaggerating its capabilities. But that also doesn’t mean they don’t exist.

Remember, it was just a few months ago that Russia became the first country to field hypersonic missiles in combat.

And China, while not a belligerent nation (yet), is almost certainly further ahead. 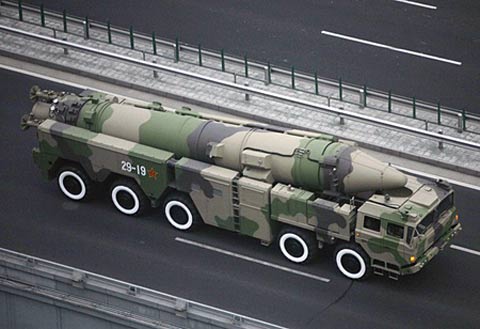 In fact, China has already developed and demonstrated its own hypersonic weapons in what Chairman of the Joint Chiefs of Staff General Mark Milley called a “Sputnik moment.”

And on top of that, it now says it’s developed a defense against its own cutting-edge missile.

Meanwhile, the U.S. has conducted 17 different hypersonic missile tests over the past decade — 10 of which failed.

That was a success. However, a second Lockheed program, the Hypersonic Conventional Strike Weapon, was canceled, due to its repeated failures.

Even in a best case scenario, the Pentagon doesn’t anticipate fielding a serviceable hypersonic weapon or countermeasure until 2030.

That’s why Congress is spending billions of dollars to ramp up development.

The Biden administration requested $7.2 billion for long-range fires, including hypersonic missiles, in the 2023 defense budget.

And according to a 2021 report from the Government Accountability Office, there were 70 individual efforts related to hypersonic weapons development on the books with an estimated budget outlay of $15 billion running from 2015 through 2024.

Regardless of their success or failure, that’s a lot of money lining the pockets of defense contractors like Lockheed Martin.

But while Lockheed Martin has the most advanced hypersonic programs of any U.S. company, it’s not the best way for investors to play the funding surge.

To find that, I tracked down a far less obvious stock — a company that makes equipment that’s absolutely vital to any hypersonic weapon. That means it’s working with every major contractor that’s won a hypersonic contract from the government.

And just this week I released a brand-new report on it. So if you want to get in on the hypersonic gold rush, check that out here.