If you think you’re the only one anticipating when and how to invest in SpaceX, think again.

There are extremely reputable gains to come from the space sector. There’s much more to the market than Elon Musk’s company.

We’ve found some companies that have a head start on SpaceX since they’re already open for trading.

There’s a good amount of potential that they may even outperform SpaceX, even if you were able to invest in it now.

The reason? The plan is already in action.

Every man, woman, and child knows about or is going to learn about Apollo 11 and the first man on the moon.

By 2024, Artemis will bear the same amount of prominence as Apollo 11.

The Artemis program is NASA’s biggest project since its famous 1969 mission.

One of the tiers of the Artemis program intends to not only bring man back to the moon but to finally put the first woman up there.

You can only imagine the heyday the press will have with Artemis I as it gets closer to 2024, but any company within a stone’s throw of anything NASA-related is bound to see a lot of green.

Don’t get me wrong — SpaceX is contributing to the Artemis plan as well. But don’t worry — you’ll see why you’re much better off elsewhere in the billion-dollar space industry.

A commendable trait about NASA is it tries to incorporate smaller names into its projects.

There’s even an entire NASA secor dedicated to small businesses.

In fact, NASA awarded $2.9 billion to small-business contracts to firms all over the U.S. in 2018.

This was to speed up the market research process and find firms to meet NASA's needs.

Some of the names mentioned in NASA’s top-20 contractor list are included below.

Big tech bears an obvious preeminence in the space market — obviously, you can’t put a man on the moon with just a hope and a dream.

The contractors hired for NASA missions aren’t shorted in their efforts — in fiscal year 2015, NASA contract funds were at $12.47 billion. Only four years later, NASA increased its contract funds to $18.16 billion.

We’ve established that making it to space certainly isn’t cheap but best of all, aerospace gets federal funding.

When it comes to the space race, it’s pretty clear that defense sectors spare no expense — one of the many advantages these companies have over privately funded SpaceX.

You’ll see what I’m getting at when we get cracking on the companies below.

Just like space itself, the market can be confusing to some.

That’s why you have us to find what's best for you!

Where there are spacecraft involved, there’s Lockheed Martin.

There are four main sectors LMT specializes in contracting in: aeronautics, missiles and fire control, rotary and mission systems, and, of course, space.

LMT sure has a lot queued up with NASA in the coming years.

NASA’s Space Launch System (SLS) rocket is part of the Artemis mission to take astronauts to the moon and also our red neighbor, Mars.

On its three-week mission, Orion will make history as the spacecraft that will stay in space without docking to a space station longer than any other craft.

Orion is also now the most powerful rocket in the world.

The primary contractor behind such an ambitious project? You guessed it.

The crew module, crew module adapter, and launch abort system were all built by Lockheed Martin. 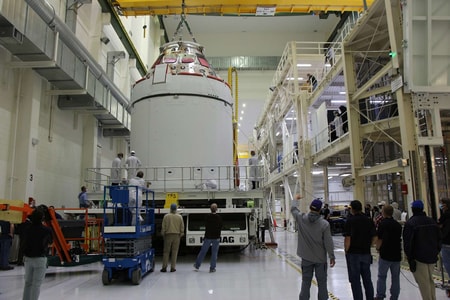 The expected launch date is in November 2021. This will be the first of many series of launches to deep space.

For those series of launches, NASA has ordered three spacecraft from Lockheed Martin, with three additional spacecraft in the future.

Basically, LMT is essential to the groundbreaking work NASA has planned.

Oddly enough, LMT is undervalued. You would think a company that has so much influence on history-making projects with NASA would be bloated like Tesla.

A rise in demand for both defense and space exploration has caused LMT to expect a revenue increase of 9% this year.

Yet LMT's stock price is performing around 30% under market value.

There's likely a turnaround in LMT's valuation in the very near future.

In the space segment of LMT, an uptick from government satellite programs and the NASA projects caused sales to rise 14%.

In the guidance LMT released, revenue is projected to generate $67–68 billion with about $26 in earnings per share.

Until about October 2020, $1.1 billion was returned to investors through share repurchases. This demonstrates LMT's capability to generate strong free cash flows.

Keep an eye out for LMT in the media — even local news. Lockheed Martin is based in Bethesda, Maryland!

In fact, February 2021 will see an Antares rocket launch from Virginia.

This will be the 15th commercial resupply mission by Northrop Grumman. These missions cover a vast range of investigations, from biotech to physical science to tech development.

The consistency in launches that require NOC equipment really demonstrates NASA’s dependency on the company, which is obviously a good sign.

For the next cargo launch this month, NASA has invited the press to physically attend, only with a limited number due to the pandemic.

More press, more demand. You see what I’m getting at here, right? 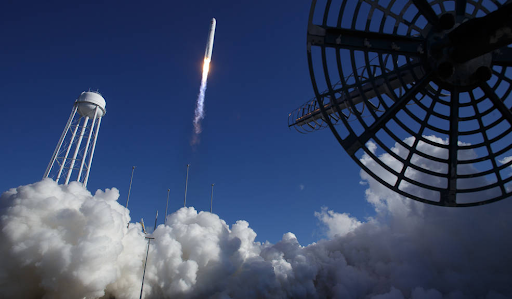 NOC is also working closely with the federal government.

The U.S. Department of Defense awarded NOC with a whopping $3.6 billion contract for operations, sustainment, and support on the Battlefield Airborne Communications Node in production.

So it’s no surprise that NOC is surpassing analyst estimates.

Now that the fourth-quarter earnings have been released, NOC can compare and contrast its progress over the past year.

Along with a good value, the forecast annual earnings for NOC are 5.1%.

Managing to outperform three quarters of U.S. stocks over the past three months with its low volatility, NOC has also displayed a lot of stability with 3% volatility over the past year.

Northrop Grumman is without a doubt one of the safest bets you can place right now. You can’t go wrong with a stable company with government funding.

The rover is considered the largest and most advanced rover NASA has ever built.

The mission consisted of studying Mars geology, collecting samples, and returning back to Earth to analyze them, as well as testing technology for robotic and human exploration.

Perseverance is expected to touch down on Mars mid-February 2021.

The gear provided was high priority; if it wasn’t for the transmitter created by HEI subsidiaries, there would have been no direct communication between Earth and the spacecraft.

When NASA releases new photos of Mars' surface, HEI will be the one to thank — it supplied the space-qualified camera on Perseverance.

Thanks to that equipment, you can go on NASA’s website right now to create fun pictures on the surface of Mars and even hear the Red Planet. 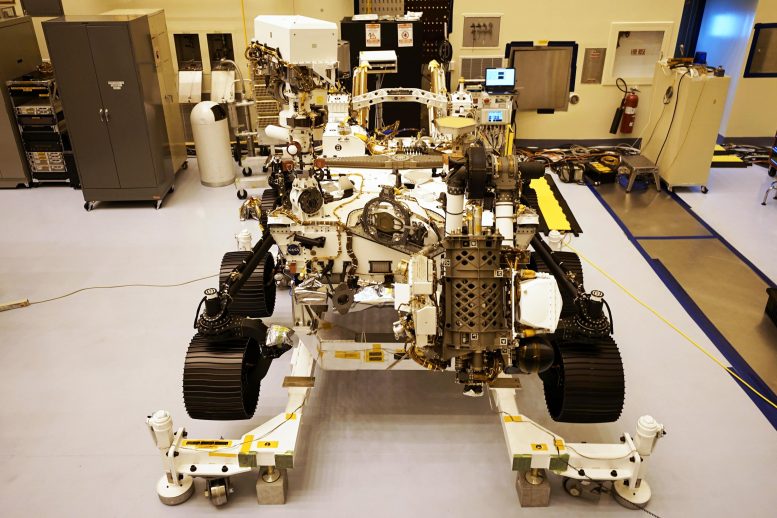 This wasn’t the first instance when HEI supplied critical gear for NASA. The Curiosity Mars Rover in 2012 was designed, manufactured, and supplied by Heico subsidiaries.

Laurans A. Mendelson, CEO of Heico, congratulated the launch, saying, “We salute the Heico team members involved in making mission critical components used in both the Curiosity rover itself and the Entry, Descent, and Landing [phases] of this remarkable system.”

But Heico has an advantage over bigger names: its price.

Heico is known for selling aftermarket parts to airlines and is a lot cheaper than say, Boeing. Don’t worry, its products are FAA (Federal Aviation Administration) approved.

Thanks to the pandemic, planes are flying a lot less due to lack of travel.

So if an airline requires parts for its planes, paying less for parts is definitely a priority. Since Heico is cheaper, it's higher in demand.

It’s no secret that airlines are experiencing a lot of debt. For example, Southwest's revenues were down over 64% in Q4 2020.

With the type of debt airlines are going to see, Heico could hold market shares for a good amount of time.

Being in cahoots with the richest man in the world definitely sounds cool.

Investing in his company probably sounds even cooler.

These companies are ahead of the game because of their history with NASA — it would take a while for SpaceX to catch up.

Tesla is EXTREMELY overvalued. It’s expected to hit over $1,000 a share this year. You can’t help but second-guess Musk’s next project.

Can you imagine how high SpaceX's share price is going to be once the company goes public? The companies we named are going to be a fraction of SpaceX’s price.

You wouldn’t want to start your own endeavors concerning space spending more than you should — that kind of defeats the purpose of investing.

The last piece of your perfect space starter pack is our publication Wall Street's Proving Grounds.

There you’ll find updates on the space economy. Keep checking up on us for multiple opportunities to get the best out of the market!