In 2019, we'll likely see another big surge in gold prices — and junior miners.

We could talk at length about the reasons why...

Gold production cratered when prices collapsed from a record high of nearly $2,000. Now, the mines that are producing are running low on reserves. And the quality of those reserves is rapidly deteriorating.

Another metals consultancy, CPM Group, estimated 2018 gold output at 97 million ounces, compared to 97.8 million in 2017. And CPM says production will continue to slide through 2024 and 2025.

Meanwhile, demand is once again skyrocketing in an uncertain global climate.

Dissatisfaction and anger have translated into major political shifts. We’re seeing more protests and riots — not just in the U.S. but worldwide.

Brexit raised serious questions about the viability of the European financial system.

Will the euro survive?

This is precisely the environment in which precious metals shine the brightest.

And when gold rises, junior miners, which are leveraged to gold prices, rise much higher.

And we could easily see similar surges for the next several years.

Of course, this isn't to say that every gold miner has caught a windfall.

What many investors don't realize is that fewer than 5% of mining projects actually get developed into producing mines.

Some never get drilled, some turn up dry holes, some run into regulatory hurdles, some have issues with territorial claims...

When junior miner companies do strike, they strike it big with stock valuations that shoot up by factors of 10.

Now, because investing in junior miners has a tendency to be profitable but perilous, we've compiled this report with the three best junior miner stocks on the market today. If you're looking to invest in the high-risk, high-reward junior mining space, this is the place to start.

B2Gold Corp. is a Vancouver-based gold producer with three operating mines (two in Nicaragua and one in the Philippines) and a strong portfolio of development and exploration assets in Namibia, Nicaragua, Mali, Burkina Faso, and Colombia.

This is largely due to higher productivity and cost efficiency. 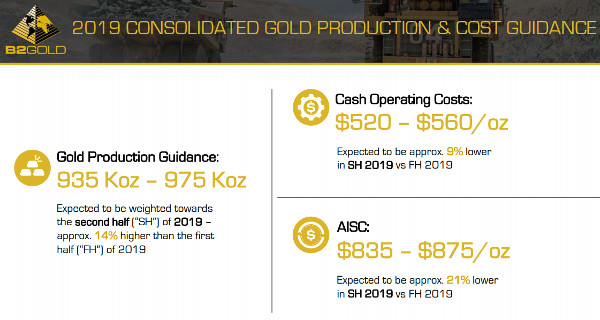 Strong revenue and profit figures will come hand-in-hand as the company meets these expectations.

B2BGold is in the midst of a production boom and should go string for years to come. With it's relatively low all-in sustaining costs and fully developed mines, it will handsomely profit from gold even if prices pull back.

Roxgold is a gold mining company with its key asset, the high grade Yaramoko Gold Mine, located on the Houndé greenstone belt in Burkina Faso, West Africa. The company declared commercial production on October 1, 2016.

Bagassi South, the company’s first growth project is currently in development with commercial production expected to be achieved in the second quarter of 2019. The feasibility study outlines an after-tax IRR of 53.2% with a 1.8-year payback on initial capital, based on a gold price of $1,300 per ounce.

The company also has acquired 11 exploration permits in the Ivory Coast from Newcrest for up to $30 million. The one with the highest potential is the Seguela gold project, which Newcrest has already invested $20 million in for exploration.

The Antenna deposit in Seguela already contains inferred resource of 430,000 ounces of gold within 5.8 million tonnes grading 2.23 grams of gold per tonne.

While it is exploring the potential of these new potential mines, it is also performing extremely well at producing gold.

At the same time, it's operating costs are steadily shrinking, freeing up even more cash flow for its new exploration projects. 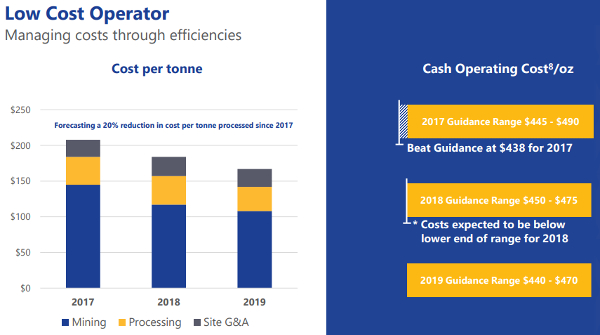 Roxgold has a strong 22.4% return on equity and a net cash flow of $22 million — plenty to keep drilling and a lot of wiggle room for any fluctuations.

In 2019, Roxgold expects its Yaramoko and Bagassi South mines to have cash costs of $440 to $470 per ounce and all-in sustaining costs of $765 to $795 per ounce. It can essentially print its own money even if gold prices significantly drop.

Alacer Gold Corp. is a Denver-based mid-sized gold producing company that operates the world-class Çöpler Gold Mine in eastern Turkey. 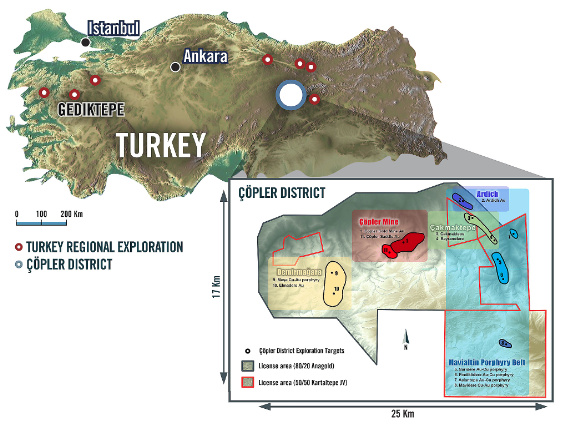 Çöpler has proven and probable reserves of almost 3.7 million contained ounces, and measured and indicated resources of almost 5.6 million ounces of contained gold.

At current production estimates, the mine should be producing for a total of 20 years.

2018 was a pivotal year as Alacer ramped up production and operating cash flows.

The mine also has great all-in sustaining costs of $675 to $725 an ounce. With this level of cost and the production surge on its way, the company is expected to become a strong cash flow generator in the very near future.

Alacer is continuing to expand the mine with exploration drilling in satellite deposits. Strong results will significantly expand reserves and continue the trend of dropping all-in sustaining costs.

This is a simple play on gold prices remaining steady or rising long-term as the company defines the resources it has and increases production. Expect this company to generate consistently higher revenues and profits for many years to come.

Agnico Eagle set another record for payable gold production in 2013 at 1,099,335 ounces of gold, with total cash costs per ounce of $672 on a by-product basis. The significant improvement in gold production was a result of strong operating results from all of our mines, in particular the Meadowbank mine. In 2014, payable gold production is expected to be approximately 1,400,000 ounces, while total cash costs per ounce are expected to be approximately $663 on a by-product basis. - See more at: http://www.agnicoeagle.com/en/Operations/Pages/Production-Summary.aspx#sthash.pFyaNpiW.dpuf

The bottom line: We're entering a period where gold demand is increasing but where it's also much harder to find thanks to lower production targets and declining asset quality.

Generally speaking, junior gold miners are a risky proposition, but they offer incredible returns due to their leverage.

Companies that have a greater chance of making a discovery will fetch higher prices. So, too, will quality deposits with robust economics.

Consolidation is ramping up, as well.

Larger world-class miners are looking to scoop up profitable assets while they're still cheap. We've already seen some acquisitions this year and more are likely to follow.

Just remember: The most successful prospectors aren't interested in mining their shareholders' pockets. This is often because they're large shareholders, as well, which means that management isn't interested in frivolous spending or dilution. Skin in the game is important. And so is experience.

There are good deposits out there. It just takes time and research to find them.

If you can weed out the 99% of companies that will never mine or sell anything, then you have a good shot at harnessing the most explosive upside this segment has to offer.

Companies like B2Gold, Roxgold, and Alacer will play pivotal roles in this emerging opportunity.