Special Report: The $60 Billion Pet Bull Market Is On

Maybe a little too much sometimes.

Case in point: after dropping my son off at school a few months ago, a skinny pit bull puppy walked right up to me and sat down — his sad puppy eyes staring right into my soul. I sat down and wrestled with him for a couple minutes before going inside to let the school know. They said they would arrange for him to be taken to the local SPCA.

I was satisfied enough, and prepared to wash my hands of the situation. But when I went outside, the little guy began hopping up and down, trying to get me to chase him through the grass. It worked, and I ran around with him for about half an hour...

I knew damn well that my wife would have my head if I brought a stray puppy home: we have a one-year-old baby girl and were already stressed to the max caring for her and my three-year-old son.

I tried my best to just walk away. But the puppy followed me back to my car with those pleading eyes and I was doomed. He hopped in the car and I drove off with him, determined to “find him a good home.”

Famous last words. Once I got him home and he started playing with the kids, it was all over... 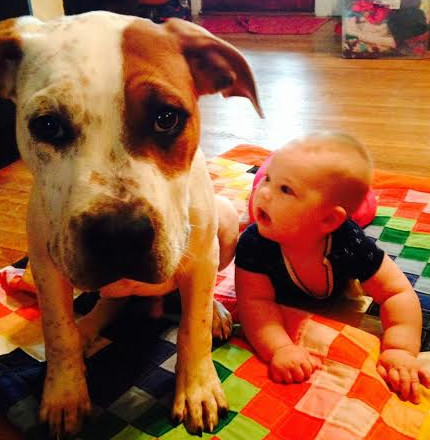 We had a new dog, Captain Murphy, despite our best judgment.

That is the power animals have over us. It isn't logical, sensible or practical. It just is...

And you wouldn't believe the lengths people would go — and more importantly for today's discussions — the amount of money they will pay to make sure their pets are soundly taken care of. In fact, they are treated better than many human beings around the world.

Case in point, the unbelievable amount of money we spend on our pet's medical bills...

While walking Captain Murphy through a park a while ago, I ran into a woman whose dog was badly limping along by her side. The dogs sniffed one another — as they do — and I casually asked what had happened to her pooch.

She told me that while running full speed after a stick, 'Grover' ran smack into a long, sharp tree branch — completely impaling the poor pup.

She took her to an emergency veterinarian to perform surgery. After the vet examined the injured dog, she broke the news: this procedure could end up costing almost $10,000, all said and done.

“In a heartbeat,” she said. "I didn't even have to think about it."

There aren't too many things in this life that folks would toss ten grand at without blinking an eye. But pets are one of them. We'll shell out almost $16 billion this year on veterinary care. In fact, in the U.S. alone, we'll spend upwards of $60 billion total on our pets this year. To put that in perspective, that is more than the entire GDPs of Croatia, Lebanon, and Costa Rica.

But it isn't just the life and death of our pets that we spend a fortune on:

Make no mistake... we are in the midst of a huge pet bull market.

PetSmart was acquired last year for $8.7 billion in one of the largest private equity deals in recent memory. That stock rose 3,400% between 2000 and 2014.

And this pet bull market is just getting started...

People are waiting longer to have kids, and they're having fewer of them... but spending on pets just keeps on rising.

Boarding and training services are growing at a 35% annual clip.

When it comes to our pets' health, there's almost no limit to what we'll spend. Pet health spending now stands at $30 billion annually.

And that's why pet health-related stocks have been soaring.

Here are two you can take a look at...

PetMed is one of the easiest and safest ways to play this trend. Known as America's Largest Pet Pharmacy, it operates 1-800-PetMeds. Besides prescription medications, it also offers non-prescription meds like flea an 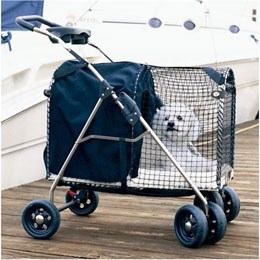 The company also sells all of the pet basics: food, crates, beds... and yes, even doggie strollers.

It has served over 8 million customers, with around 2.6 million having purchased from PetMed within the last two years.

The stock has been on a roll and is up 30% in the last year. Here are some financial highlights:

And now might be a good time to start piling up shares...

According to the company, the seasonality in the business is due to the proportion of flea, tick, and heartworm medications in the product mix. Spring and summer are considered peak seasons in this regard against fall and winter, which represent the off-season.

Another smart play on the industry is the largest animal health care company in North America...

VCA is the leading animal health care company in North America. It operates through two segments, Animal Hospital and Laboratory.

The Animal Hospital segment offers general medical and surgical services, as well as specialized treatments for pretty much anything your pet could be going through: oncology, neurology, endocrinology, ophthalmology, dermatology, and cardiology. In its 650 small animal veterinary hospitals in the U.S. and Canada, VCA does it all.

It also sells retail and pharmaceutical products like pet food, vitamins, therapeutic shampoos, flea collars and sprays, and other accessories.

This is a very large company in the space — it sports a $4.5 billion market cap. Here are some recent financial highlights:

The stock has reflected the company's success and is up 53% over the last year — and continues to grow.

Make no bones about it, pets are here to stay.

Pet ownership is at an all-time high — 70% of U.S. households now have at least one pet, which is up 56% since 1988. That trend will continue to grow as people live longer (therefore caring for more pets) and wait longer to have children (which leads to more couples spoiling their pets in lieu of kids).

And keep in mind, both of these companies are also quite resilient during market downturns.

So in good times and bad, pet stocks can be your portfolio's best friend.