When the biotech sector gets hot, it gets red hot.

Things are just heating up now that the first round of COVID-19 vaccines are being publicly distributed.

The returns are scorching.

From January 2012–December 2020, the iShares Nasdaq Biotech ETF (NASDAQ: IBB) quadrupled in value, as the stocks it held blew up by magnitudes of 300%.

Of course, the market being the market, nothing lasts forever.

So after years of stellar gains, the biotech sector cooled at one point.

Though in the past year volatility has kept a stable 33%, there have been signs that can point toward concern in the future.

IBB dropped 9.25% in the final six months of 2015. And in 2016, it dropped roughly 20%. And that was nothing compared with the 285% gain it delivered during its magnificent bull run then, but it was enough to spook investors.

That’s all in the past now that the world looks to a solution to COVID-19.

The spotlight is on biotech because of the pandemic, so there is a significant turnaround bound to happen.

A pandemic calls for political intervention.

There was a lot of talk about high drug prices during the 2020 presidential campaign. Price gouging was dragged into the spotlight by personalities like Xavier Becerra, attorney general of California.

Becerra has advocated for “pay-for-delay agreements” amongst pharma companies for COVID treatment since the U.S. outbreak.

Beyond that, there were concerns about the future of Obamacare and speculation about new regulations. Those have since dissipated due to the election outcome.

And now, biotech is roaring again with promise to grow bigger than ever. Multiple companies are scrambling to contribute to COVID-19 solutions.

Investors are rushing back into the fold, and M&A activity is heating up. Collectively, biotech firms now hold some $500 billion in cash.

In stark contrast to the gut punch biotech stocks faced in 2016, the manufacture and distribution of vaccines will cause the market to surge to potentially record-breaking highs.

So here’s a look at the six best biotech bargains out there today...

Let’s start with the bigger companies, which offer more in the way of stability but also less dynamic returns.

Gilead is one of the companies that suffered from the backlash against high drug prices.

Gilead stock prices peaked in 2016, and the company hasn’t really recovered since.

Though other drug manufacturing companies have been absorbed by Gilead — like the large acquisition of Immunomedics — banding together to form an umbrella that covers many different medical concerns seems to be the way Gilead plans to dig itself out of debt.

Gilead’s angle has been to diffuse the competition. From cancer treatment to hepatitis C, Gilead’s diverse range of pharmaceutical solutions is the key to keep consistent with revenue. Immunomedics wasn’t the only company absorbed by Gilead — German biotech company MYR Pharmaceuticals has been bought out as well.

Now, its volatility has stayed at a stable 2% for a solid year. The steady ground Gilead is finding along with the multiple expansions equate to what looks like a much-needed turnaround.

In 2019, Gilead joined the trade group PhRMA (Pharmaceutical Research and Manufacturers of America), which increased lobbying expenditures drastically due to annual membership dues. The influence PhRMA has on Capitol Hill is heavy — it’s 183 lobbyists strong. So when prices are higher than governmental liking, there are almost 200 lobbyists to aid in Gilead’s effort.

The first 1.5 million doses of the antiviral drug were donated by Gilead, and company spokesman Chris Ridley made it clear that remdesivir will be accessible AND affordable for governments and patients around the world.

Though the debt is another thing that can spook investors, Gilead sports dividend yields at almost 5% and the first rounds of remdesivir earned Gilead sales of $873 million.

This is an absolute boom for Gilead. 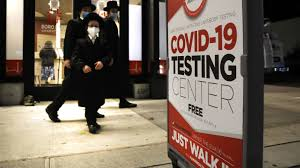 The intent is to maintain long-term reliance on these companies. When the pandemic is finally under control, these companies need to still have relevance in the biotech market.

Like Gilead, Novavax was soured by price hikes for its vaccine candidate NVX-CoV2373. The dissipation of price-control legislation is welcome news as the company moves into the emerging COVID vaccine market.

In addition to these short-term gains, Novavax has also proven to be a strong long-term investment. Its shares are up an extremely high 2,900% with agreements to supply over 280 million doses to multiple countries.

The $1.6 billion in funding offered by the government for 100 million doses of Novavax’s vaccine candidate is the main factor in the great surge it's experiencing now. If it’s $16 a dose, Novavax's intended capacity is to reach up to 2 billion doses by the middle of 2021, with potential revenue reaching over $30 billion.

Merck is known for “blockbuster” drug Keytruda, which treats cancer, and Gardasil, which is the HPV vaccine. Both medications have high prioritization, and Gardasil annually brings in $6.5 billion in sales.

In 2019, Keytruda alone brought in $11 billion in sales. In the first nine months of 2020, Keytruda made over $10 billion. Expansion in labels is driving Merck’s year-over-year revenue to increase nearly 25%, and over 1,300 studies are incorporating Keytruda on 30 different cancer types.

The biotech has an average 18% on ROE, where Merck has a stellar 39%. Though most of its profits have been returned to shareholders, Merck’s earnings are still something to brag about.

Merck’s efforts toward creating a COVID-19 vaccine haven’t flown under the radar either — November 2020 saw the purchase of OncoImmune, a smaller biotech company, to further expand COVID drug research.

The drug tested by OncoImmune caused a potential breakthrough — 203 participants in a study reported faster recovery or reduced progression of COVID.

In the “second wave” of vaccines, don’t be surprised if Merck’s name is thrown around as often as Pfizer.

So those are some of the bigger players.

Now we're going to turn our attention to the smaller players, which have less stability but offer greater potential rewards than the larger firms.

Regeneron Pharmaceuticals (NASDAQ: REGN) is a pioneer in biotech, growing 31% in adjusted profits over the past five years. Over a duration of 10 years, Regeneron has managed to deliver over 1,500% returns to its shareholders.

Regeneron has managed to institute a specialty in monoclonal therapy, which is where proteins are extracted from the body and altered with the intent of strengthening the subject’s natural immune system. The endgame sees manufacturing clones from an original cell in the human body to design an “army” of antibodies to detect disease better. Using two proteins found in the body and redesigning them to target a specific threat, the result can fight off types of cancers and other diseases.

Regeneron has helped battle the coronavirus pandemic by designing REGN-COV2, which has seen positive results. This treatment is a “cocktail” of sorts since two proteins are used in the dose to work alongside the body’s natural defenses.

Regeneron’s name is having a heyday in the press since the “cocktail” was used to treat former President Trump himself when he was diagnosed with COVID.

There are a lot of ups for Regeneron: Equity is up 33.6%, the last three quarters have seen a 29% increase in revenue, and the stock price almost doubled from 2019. Regeneron has seen growth of 47.2% over the past year.

Vertex Pharmaceuticals (NASDAQ: VRTX) has also experienced a surge, with revenue growing 16.8% from last year. There have been filings of treatments for Type 1 diabetes that may reach the clinical stage this year. 2021 may also see market expansion in cystic fibrosis to an estimated 83,000 patients, compared with Q3 2020 when CEO Reshma Kewalramani identified 75,000 patients under market expansion.

Trials for nonopioid pain medication are in their early stages, and of course the gene-editing therapy collaboration with the before-mentioned CRISPR are two things that will make Vertex surge in the biotech market.

Kewalramani announced at the virtually held 39th Annual JPMorgan Healthcare Conference that $6 billion in revenue was expected for 2020, meaning 46% year-over-year growth in revenue for the company. Vertex also has a strong price-to-earnings ratio and is currently trading at lower value by more than 30%.

Vertex’s low valuation has a shelf life — it won’t be long before collaborations on possibly groundbreaking medications get greenlit by the FDA and investors see the opportunity Vertex offers. 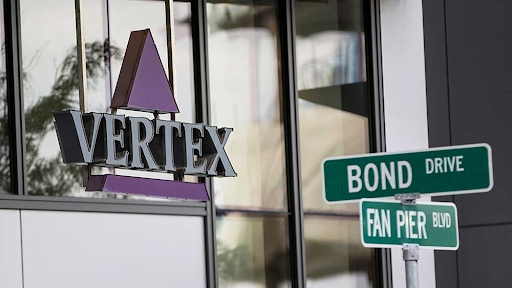 CRISPR Therapeutics nearly tripled its stock price since the beginning of 2020. Researching gene editing and the treatment of serious disorders like sickle cell disease and beta-thalassemia couldn’t have been cheap.

That’s why it partnered with Vertex Pharmaceuticals in 2015. Together, they developed CTX001, a treatment in which a patient's own cells are harvested, infused with CTX001, and returned to the body.

Ten patients who have received the treatment in the testing stages have reported no negative effects of any symptom of the diseases they were initially affected with.

CRISPR is also in the process of testing a type of medicine that detects and attacks certain types of cancer cells.

Though the focus isn’t directed toward COVID-19, CRISPR testing in gene editing can possibly change the treatment of chronic conditions as we know it.

Sporting a $14.9 billion market cap and a $77 million partnership with Vertex Pharmaceuticals, all CRISPR needs to do is continue to develop safe and effective drugs, and the returns will be phenomenal.

Overall, the biotech sector will always be somewhat volatile. But it's skyrocketing now and will most likely continue to do so.