Special Report: Profit From the Decline of the Dollar

Broadly speaking, the last year has been great for financial markets. The S&P 500 is up 36% and the Nasdaq is up 42%.

But the rising tide hasn’t lifted all boats. In fact, several popular investments have seen big losses in the last year, such as Splunk (NASDAQ: SPLK), ContextLogic (NASDAQ: WISH)... and the U.S. dollar.

The greenback might not be teetering on the brink of a Venezuela-like hyperinflationary catastrophe today, but its value relative to other currencies has been slipping in recent years to an extent that’s getting increasingly hard to ignore.

That slippage, combined with a growing trend of de-dollarization around the world, could cause profound changes to the U.S. economy. It could also make smartly positioned investors very wealthy.

But before we discuss how to play the decline of the dollar, let’s look at the myriad factors that are threatening its status as the world’s reserve currency…

In the aftermath of the COVID-19 pandemic — and the trillions of dollars of associated government stimulus spending — the dollar has started losing purchasing power again after years of relatively low inflation.

The Federal Reserve even acknowledged this in its latest Federal Open Market Committee (FOMC) decision, which moved up the central bank’s timeline for interest rate increases due to a massive 5% year-over-year surge in the consumer price index (CPI). 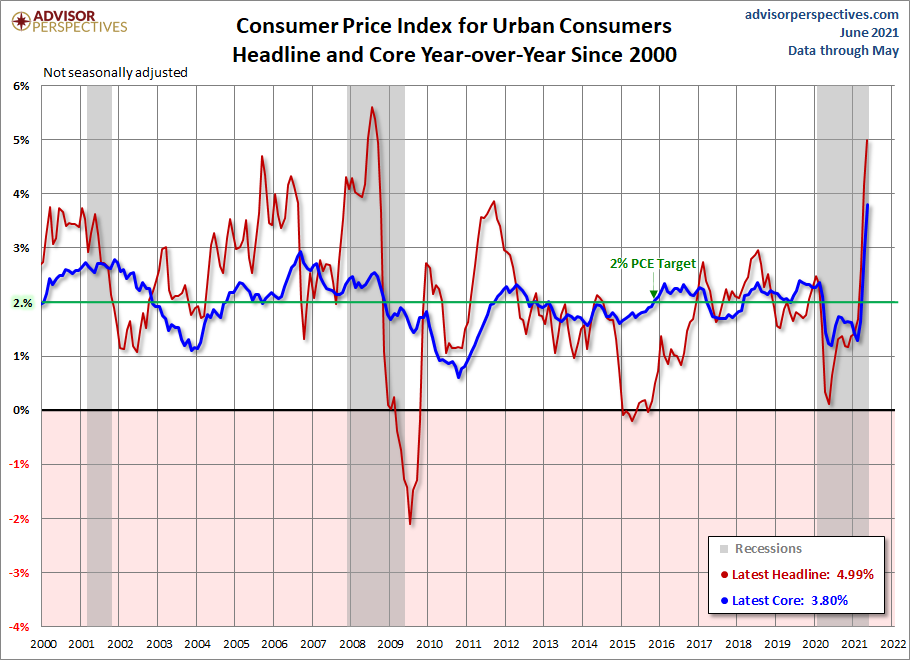 The Fed believes that this inflation spike is due to “transitory factors” and will abate within a couple of years — but other market participants aren’t so sure.

JPMorgan Chase (NYSE: JPM) CEO Jamie Dimon recently told reporters, “We’re going to be very patient because I think you have a very good chance inflation will be more than transitory.”

Indeed, falling global confidence in the dollar’s ability to hold value has recently led to another anti-dollar trend…

De-Dollarization Is Becoming a Global Trend

Part of what has maintained the dollar’s relative stability for so many years is the currency’s global ubiquity and massive supply. In addition to being the legal tender of the world’s largest economy, the greenback is used as legal tender or reserve currency in many other countries.

Or, well, we should really say that it has historically been used as legal tender or reserve currency in many other countries. As inflation picks up and geopolitical rivalries between great powers intensify, that’s starting to change.

China and Russia have both pledged to reduce or eliminate their central banks’ dollar holdings in the years ahead, and the Chinese state-affiliated media outlet Global Times recently pointed out that a majority of global central banks have been reducing their (dollar-denominated) U.S. debt holdings since the early 2000s. 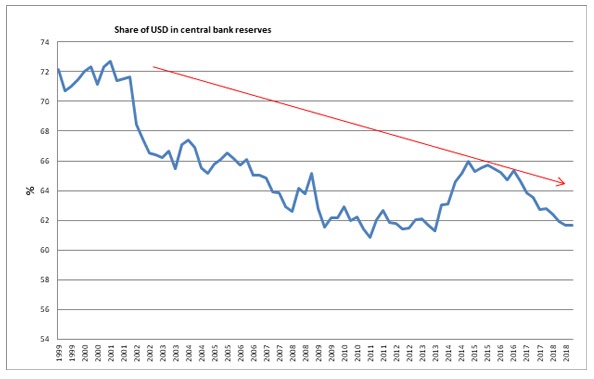 Even close U.S. allies are moving away from the greenback. El Salvador, which once used the U.S. dollar as its sole legal tender, passed a law in June 2021 establishing Bitcoin as a second official currency amid concerns about dollar inflation and the reliability of remittance payments.

So with the dollar losing its value and other countries balking at its use, how should American investors respond to the incipient decline of our currency?

One easy play is an exchange-traded fund (ETF) that takes a bearish position on the dollar. The Invesco DB U.S. Dollar Index Bearish Fund (NYSE: UDN) is one such ETF. It pays a $0.28 annual dividend, charges a 0.77% expense ratio, and allows investors short exposure to the dollar without the hassles of currency investing.

But currency ETFs aren’t the only way to profit from the decline of the dollar. In fact, investors can potentially make bigger profits by exploiting its impact on manufacturers and exporters.

You see, a weaker currency can actually be a good thing for a country’s domestic industries. It makes exports cheaper to foreign consumers in their own currencies, and thus dollar devaluations can actually boost the fortunes of American export-focused manufacturing firms by making them more competitive abroad.

That’s why central banks sometimes deliberately devalue their own currencies in an effort to reduce trade deficits.

With this in mind, a domestic exporter ETF like the Pacer U.S. Export Leaders ETF (NYSE: PEXL) could also be a good way to play the de-dollarization trend in the next few years.

The ETF pays a $0.02 annual dividend and charges a 0.6% expense ratio to give investors exposure to a wide variety of export-focused firms including Chemours (NYSE: CC) and NVIDIA (NASDAQ: NVDA).

As you can see above, both ETFs have posted respectable returns in the last year — and in the aftermath of the Russian, Chinese, and Salvadorean de-dollarizations, those returns could pick up considerably.

Here at Outsider Club, we acknowledge that we can never be on the inside, but we also believe that smart investors can get ahead of the machinations of big-money investors and governments — and profit handsomely in the process.

We hope that this report has helped you understand how to prepare your portfolio for the incipient decline in the value of the world’s reserve currency (or former reserve currency, depending on how you look at it).