Nuclear power provides a complete solution to the world’s demanding green energy needs. It's reliable, high-output, carbon-neutral, and has a better safety record than any other fossil fuel power source.

Yet for the last decade, many nuclear stocks have been yielding negative returns. Just look at this graph of Global X Uranium ETF (NYSE: URA)...

It’s not hard to guess why investor interest in nuclear power dropped sharply in 2011. The Fukushima Daiichi incident is still fresh in many peoples’ minds. Although the effects of this incident were small compared to similar energy disasters, it exemplified the overestimated danger of nuclear power.

Nuclear Power Has a PR Problem, Not a Safety Problem

The Upper Big Branch Mine disaster, a coal dust explosion, occurred at a Massey Energy coal mine in West Virginia, killing 29 miners in April 2010 — less than a year before the natural disaster-related meltdown at Fukushima Daiichi.

In 2011, the year of the Fukushima incident, 14 workers in the UK were killed in various wind turbine-related accidents.

In comparison, only one Fukushima worker died during the extremely improbable earthquake, tsunami, and subsequent meltdown of the plant.

Nuclear power has an exceptionally strong safety record, with years or decades passing between incidents. 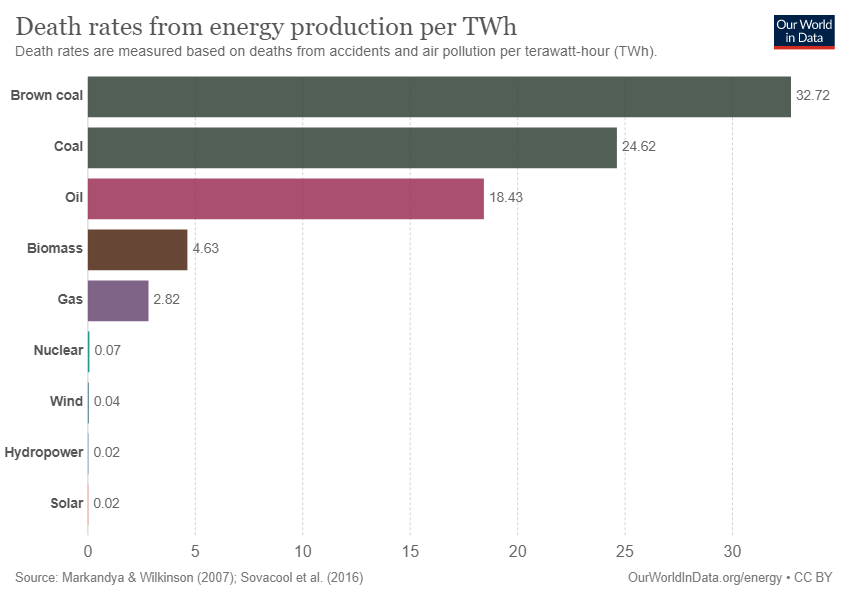 Yet we fixate on those nuclear-related incidents because of the exotic dangers involved. We intuitively understand that combustible fuels can explode and that working on a wind turbine comes with the risk of falling, but we don’t encounter radiation in day-to-day life. Fear of the unknown is a powerful psychological force.

As a result, investors tend to get scared of nuclear energy for a few years after these extremely rare safety incidents, and Fukushima is no exception.

Eventually, cooler heads inevitably prevail. Investors realize they’ve overestimated the dangers of nuclear power and pile back into nuclear stocks. It happened the decade after the 1986 Chernobyl disaster, and it’s happening again today.

This time, however, there is also a series of political catalysts juicing nuclear power in the U.S. and abroad…

Governments Are Using the Nuclear Option Against Climate Change

Energy Secretary Jennifer Granholm previously served as the governor of Michigan, a state that generates nearly a quarter of its electricity from nuclear plants.

She has been a vocal supporter of nuclear power since her first few months on the job, telling the Washington Post in a recent interview, “I’m very supportive of microgrids, of these small modular nuclear reactors, of the ability to have distributed energy resources, community-based solar attached to a microgrid.”

President Biden is also continuing former President Trump’s program of subsidizing private-sector development of nuclear technology for export. In August 2020, a senior Energy Department official told Forbes that “maintaining U.S. nuclear energy facilities and expanding U.S. technology abroad is a matter of national security and could be a strong diplomatic lever to thwart Chinese hegemony and Russian expansion in the global market.”

Outside of the U.S., governments are hatching even more ambitious nuclear power agendas. In the last three decades, Asia has accounted for most of the growth in nuclear power capacity, which should continue throughout the 2020s. 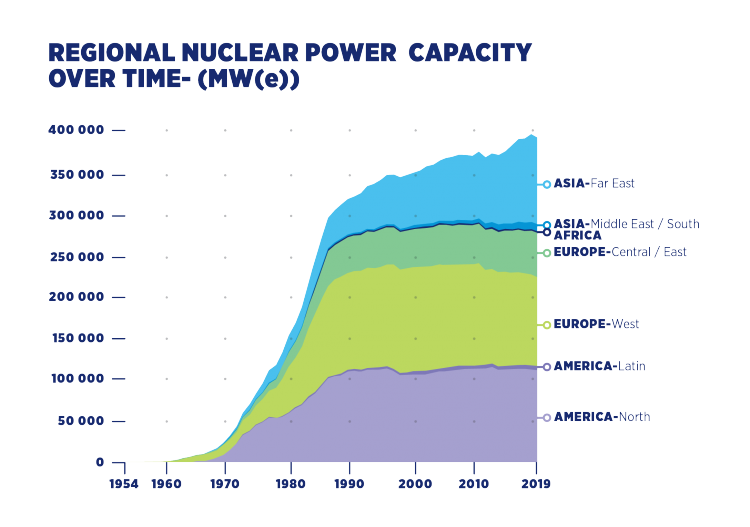 To summarize, the world is finally moving on from the relatively small-scale Fukushima incident, and governments are starting to pour money into nuclear power again. There's no better time to start buying nuclear stocks.

But of course, not all nuclear stocks are created equal. After a decade-long bear market, some are undervalued, while others are in precarious positions.

Below, our research team has profiled the three strongest stocks in the nuclear power industry…

Founded in 2015 as a spinoff of Babcock & Wilcox, BWX Technologies is a Virginia-based company that supplies nuclear components and processed nuclear fuel.

The U.S. government accounts for about 80% of BWX’s total revenues, but the company also works with private nuclear power operators (one of which we’ll discuss later in this report) and the nuclear medicine industry.

As you can see above, BWX shareholders have had a lucrative year — and the company’s financials explain why.

Founded in 1988 and based in Saskatoon, Canada, Cameco is the world’s largest publicly traded uranium supplier, accounting for roughly one-fifth of global production.

It operates a portfolio of mines in Canada, the U.S., and Kazakhstan, including the Cigar Lake mine in Saskatchewan, the world’s highest-grade uranium mine.

Cameco’s financials explain the landmark stock performance shown above. The company is the only profitable uranium miner on an earnings-per-share (EPS) basis and pays a modest but sustainable 0.37% dividend at the time of writing.

Founded in 2000 and based in Chicago, Exelon is one of the largest regulated utilities in the U.S. with some 10 million customers.

The company’s profitability and cash flow richness should continue to support its excellent stock performance as shown above. Exelon’s forward P/E ratio is more than 25% lower than its trailing P/E ratio, implying massive earnings growth in the year ahead. The firm also pays a generous 3.4% dividend at the time of writing.

The Global Energy Sector Is Changing

The revival of nuclear power as an investable industry isn’t the only massive, systemic change coming to the energy sector.

Be sure to keep reading the Outsider Club to see which companies will emerge as the winners and which will fizzle and fade away...