*AN URGENT MESSAGE BEFORE YOU READ YOUR FREE BONUS REPORT*

And while it may look like a regular missile, I assure you, it's not.

This missile is a hypersonic superweapon.

It poses the single biggest military threat to America since the space race.

And it has the Pentagon in a frenzy to get new counter-measures developed and into the hands of our military.

It's also why I've written you this email.

See, developing a brand-new counter-missile in such a short time frame is going to cost the U.S. government a lot of money.

And the contractor who wins the bulk of that funding is going to make their investors extremely rich.

In fact, it's happening right now.

The Department of Defense already announced a $15 BILLION funding boom for this counter-missile.

And I've pinpointed the one tiny U.S. company that stands to receive the lion's share of all that money.

It's won a contract to develop the first defensive counter-missile against this new weapon.

And when it hits the front-page news, the herd will come rushing in, driving up the stock price and making early investors ultra-wealthy.

But by then it'll be too late.

That's why I've prepared a short presentation for you on this page.

I break down the entire geopolitical situation and show you how you can bank some quick and easy gains off of this modern-day arms race.

Now Onto Your Free Bonus Report:

Defense contractors are on a hot streak the likes of which we haven't seen since Donald Trump first took office.

Back then, the president's pledge to go on the offensive with the military sent defense stocks soaring as soon as November 9, 2016 — the day after he was elected.

Since then, the SPDR S&P Aerospace & Defense ETF (NYSE: XAR) has nearly doubled. Almost every company in the industry is posting amazing returns. 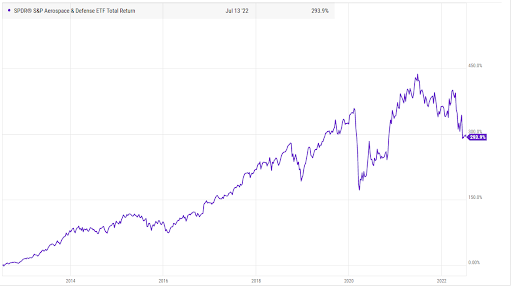 And is that any surprise? In the past six years, violence has broken out all over the world. Most recently, Russia has reminded everyone how critical military spending can be.

No doubt, global tensions have been on the rise for some time now.

And in response, so are defense budgets...

We haven't seen levels like that since the end of the Cold War.

And as always, the U.S. is leading the charge.

This year, the Senate approved a record defense budget of $858 billion for 2022–2023. That’s $45 billion more than the Biden administration requested and 10% higher than last year.

To put that into perspective, Congress only authorized $711 billion for defense back in 2018 during Trump’s administration. A year before that, former President Barack Obama was only granted $580 billion.

Defense spending in the U.S. is on a decade-long bull run with no end in sight.

And as we all know, a huge portion of that money goes directly into the pockets of defense contractors.

They’ve outpaced the market for years now, and that’s not going to stop anytime soon.

Here are our top three picks for the sector:

Lockheed Martin Corporation (NYSE: LMT) is the world's largest defense contractor, and its stock jumped by 11% in the last year. 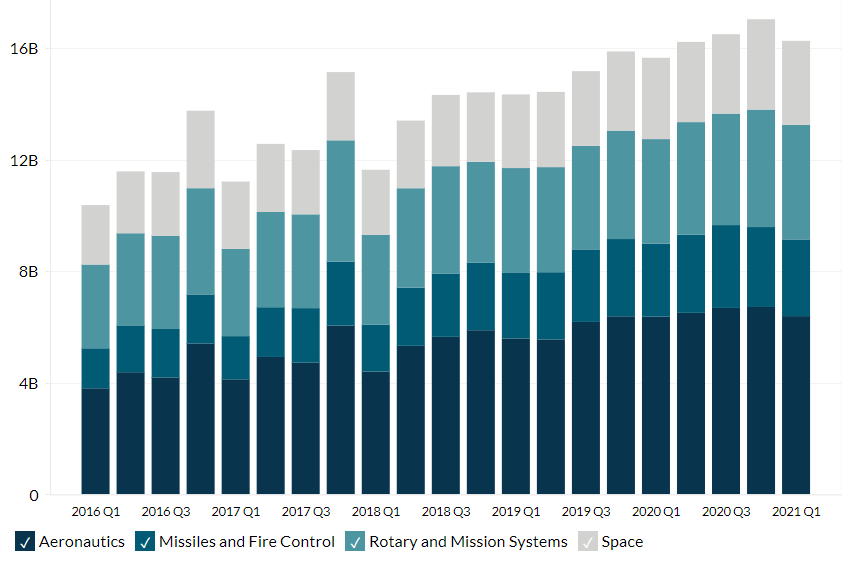 More than 750 planes have already been delivered, and approximately 1,585 pilots and 11,545 maintainers have been trained. All together, the world’s F-35 fleet has flown nearly 470,000 cumulative flight hours.

In total, thousands of aircraft will be added to the U.S. arsenal over the next few years, with hundreds more going to U.S. allies around the world.

For example, Japan recently got the green light for a huge $23 billion order. Several military leaders in the U.K. have also placed their orders for a short takeoff vertical-landing variant of Lockheed's F-35. Both Japan and the U.K. are already buying scores of the conventional takeoff version, dubbed the F-35A. But having the F-35B in their arsenals would enable them to deploy the stealth fighters from ships, not just from land bases.

F-35 sales have netted Lockheed hundreds of billions so far, but the company is far from a one-trick pony. One of its newest ventures could put the entire defense industry out of business. 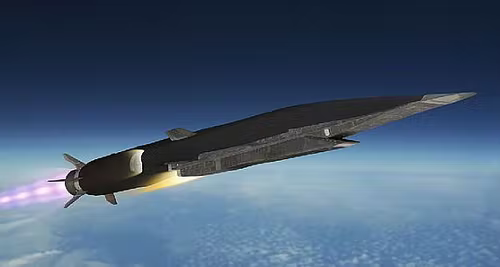 This beauty is a hypersonic missile. While the F-35 can reach an impressive 1,200 mph, Lockheed’s newest pride and joy can reach absurd speeds of 3,500 mph. That’s more than five times the speed of sound.

That’s fast enough to level an enemy hideout seconds before any modern missile defense systems can react. You wouldn't even hear it coming.

The F-35 is still raking in sales left and right, but Lockheed is calling this new missile the “future of defense technology.” And in my opinion, it's absolutely right.

As soon as one country successfully adds hypersonic technology to its arsenal, the entire planet will follow suit — or risk being caught at a disadvantage.

This doesn't exactly inspire confidence for world peace anytime soon, but it’s incredibly bullish for Lockheed Martin. The hypersonic missiles themselves are only the beginning.

Next, we will need anti-hypersonic defense systems, advanced tracking systems, and a huge range of other complimentary systems. This new standard will practically demand a complete overhaul of the world’s military.

And if by some miracle we do achieve world peace, Lockheed won’t go bankrupt. The company has been making a serious effort to break into the broader tech sector.

Much of the technology under development at Lockheed can easily be used in the private sector. But since humanity doesn't seem to be giving up war anytime soon, I expect the next five years to be an incredible bull run for the defense industry as a whole.

There's no shortage of lethal machinery at General Dynamics. But the company's true goal is to become the government's leading IT provider — with a few armored vehicle sales on the side. 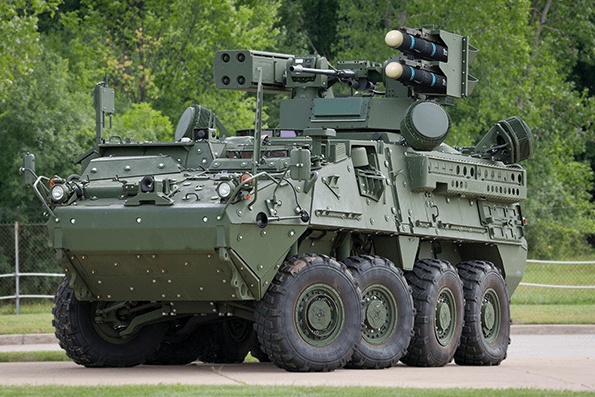 So far, the U.S. government seems to be on board. General Dynamics just landed a massive $908 million eight-year contract to modernize IT systems in Europe and Africa.

A few weeks before that, the Army tossed the company another $1.1 billion for nearly 100 Mobile Protected Firepower vehicles. As you can see, General Dynamics has no shortage of business.

Since the defense budget has recently ballooned to unprecedented levels and the world only recently realized how terrible our cybersecurity is, much of that money will be spent modernizing federal IT systems.

According to the diligent analysts at Gartner, global government IT spending is expected to grow 6.5% in 2022. In total, the government will dish out $557.3 billion in an attempt to prevent a recurrence of last year’s ransomware attacks.

The Department of Defense (DOD) has begun shopping a $9 billion cloud initiative known as Joint Warfighting Cloud Capability (JWCC). It seeks to streamline and centralize the labyrinth of often incompatible and inaccessible databases into one cloud-based data cache that can be accessed on the front lines of battle, where information is at a premium.

These are some big fish that could secure not just the one-time contract to build the cloud but also years of recurring support and development revenue. It's a major opportunity. And it's bringing in big tech names, such as Amazon and Oracle, as well as rival defense contractors.

But by establishing itself as the go-to IT maven for the Pentagon, General Dynamics has carved out a firm foothold for itself to contend with those massive projects.

According to company financials, General Dynamics recently reported a massive $129 billion contract backlog. The government just keeps sending the company more and more lucrative deals — how can management say no?

So while GD makes missiles, armored vehicles, and submarines, it's also looking to cyberspace for added growth.

Its core capabilities include:

Northrop Grumman saw Lockheed Martin reinvent military technology with its hypersonic missile and felt left out. The only logical response was to raise the bar even higher. 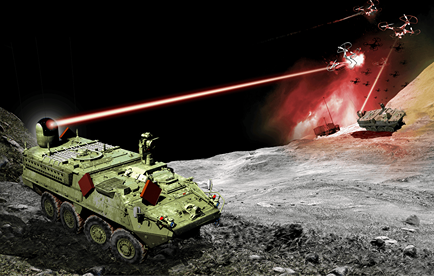 According to reports, the architecture of the system is scalable up to a megawatt — enough juice to power a small town for a year. The picture above is an artist’s rendition, but it might not be science fiction for long.

The award has a potential ceiling of $3.86 billion over 18 years.

On top of that, Northrop Grumman has seen a steady stream of revenue from aviation products like the MQ-4C Triton and the E-2D Advanced Hawkeye.

The Triton is a drone that provides real-time intelligence, surveillance, and reconnaissance (ISR) over vast ocean and coastal regions. The units have been flying successfully since November 2017. 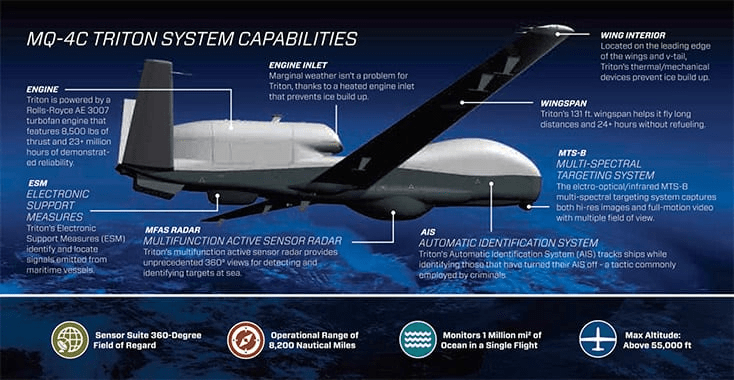 The Navy has ordered 68 Triton aircraft in total.

The Hawkeye, meanwhile, is often called the "digital quarterback" of the battlefield. It monitors the surrounding area and communicates to battle groups to keep them out of harm's way.

NOC has set itself up very, very well, no doubt.

P.S.: If you want to make quick gains from this modern arms race, you must click here. This opportunity won't last long.