Special Report: 2 Stocks To Profit From The Graphene Revolution

In 1958, a physicist named Roger Bacon created the first high-performance carbon fiber materials at a lab near Cleveland, Ohio.

The industrial world initially thought little of his discovery; no one even developed a large-scale manufacturing process for the super-strong, super-thin strands of carbon atoms until almost a decade later.

But today carbon fiber is a ubiquitous material in the construction of buildings, aircraft, and, increasingly, cars. 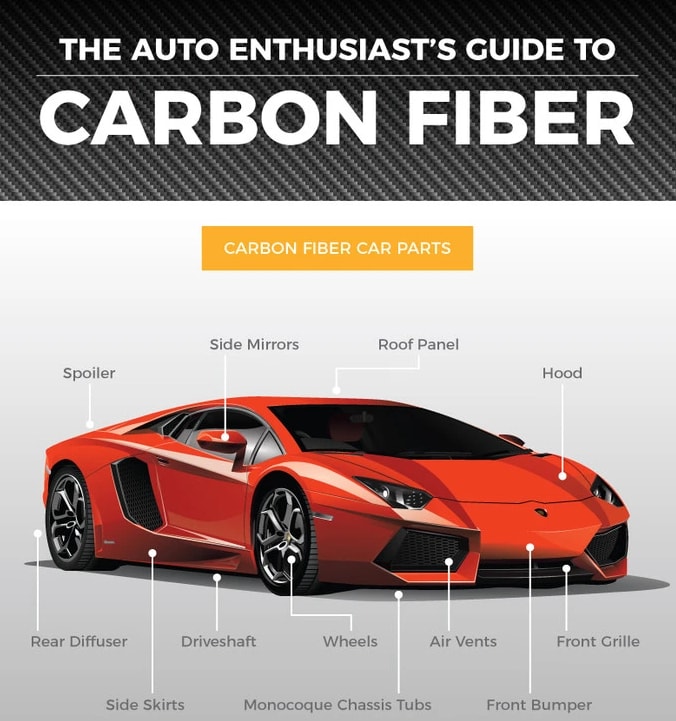 And carbon fiber manufacturing has grown into a multibillion-dollar industry in just a few decades.

The humble carbon atom is capable of incredible things. Its four valence electrons give it the ability to bond with a variety of other atoms - including other carbon atoms - in myriad ways. Some carbon-based molecules, like sugars and amino acids, are building blocks of life. Others, like carbon fiber and diamonds, are among the toughest materials known to science.

Today, scientists are making big strides in the production of graphene - a new super-strong, super-light carbon-based material which should soon eclipse carbon fiber in its applications and economic significance.

In this report, we’re looking at two publicly-traded graphene producers - and the reasons why they’re likely to capture much of the expected exponential growth in the graphene market over the next few years.

But first, we should explain what graphene actually is - and why many materials scientists can’t stop talking about it…

What Is Graphene - And Why Is It So Special?

Like carbon fiber and diamond, graphene is a molecule consisting entirely of carbon atoms bonded to each other - but unlike the aforementioned two materials, graphene is only one atom thick.

It consists of a single layer of carbon atoms double-bonded to each other to form a two-dimensional lattice structure. 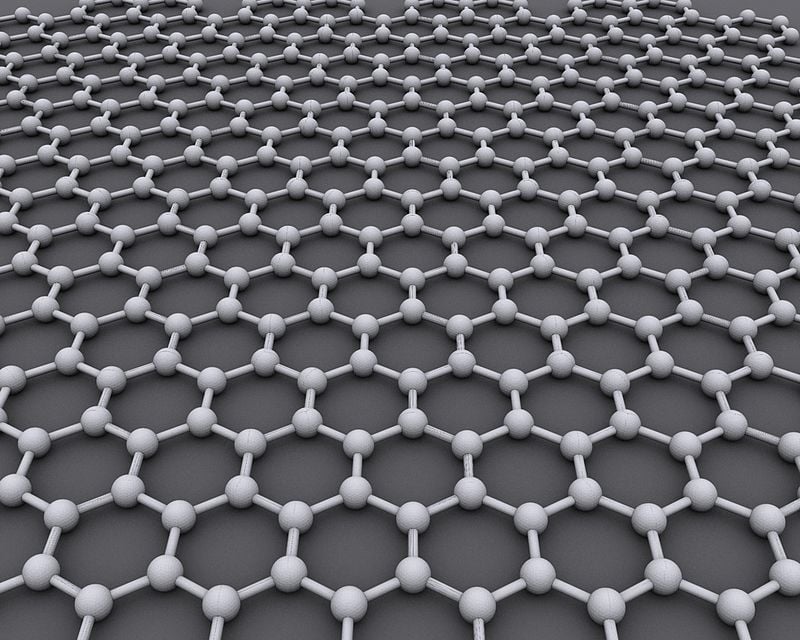 This structure makes graphene very strong and lightweight - and it also gives the material some intriguing electronic, chemical and thermal properties.

Graphene is a zero-gap semiconductor, meaning that electrons traveling through it require almost no energy to jump between atoms.

And unlike traditional semiconductor substrates, like silicon, it is highly heat-tolerant and is almost unbreakable (having the highest tensile strength of any material ever tested).

Its atomic lattice is also dense enough to block most heavy atoms and molecules from passing through it, but hole-y enough to be permeable to small atoms, ions and molecules (including water) - giving it a variety of potential applications as a filter, catalyst or biotech platform.

In particular, graphene’s excellent semiconductor properties and heat tolerance could be a game-changer for the electronics industry - where heat-related damage is a big problem.

On a small scale, the heat sensitivity of many electronic components is one of the primary reasons devices like smartphones gradually lose functionality and become unusable over time.

Almost all smartphones are powered by lithium-based batteries - but said batteries are generally the shortest-lived phone components. After all, one of the most recognizable signs that it’s time to buy a new phone is that your old one can’t hold a charge for very long.

The degradation of lithium-ion batteries is heat-related - and as an electrically-conductive material with excellent thermal management properties, graphene can fix that. In 2016, Huawei developed a graphene-assisted smartphone battery with twice the lifespan of a traditional lithium-ion battery.

The heat sensitivity of today’s computer materials is also a major problem in large-scale computer apparatuses like bitcoin mining rigs. 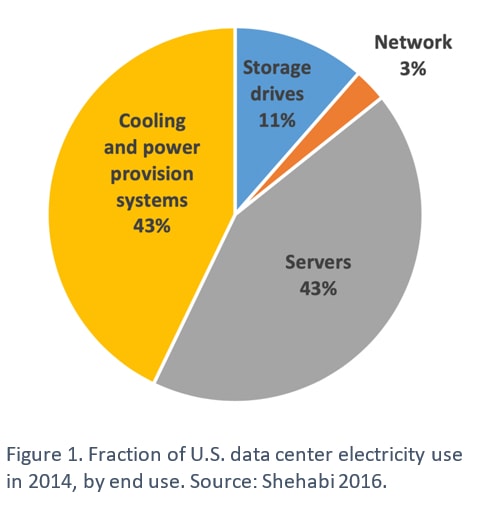 The electronics industry is where graphene is expected to make the biggest splash - but it has lots of other applications, too.

It has also shown promise as a fuel cell catalyst, where it could replace the aptly-named rare earth elements - which are expensive, and often toxic.

Graphene, on the other hand, is nontoxic and biodegradable - meaning that it also has myriad biotech applications. Scientists are studying graphene as a “scaffolding” on which to grow cells for the development of lab-grown organs and engineered tissues.

Tiny graphene fragments are also being investigated as a cancer drug delivery platform. Given their conductive properties, drug-infused graphene fragments could be magnetically induced to gather around tumors, where they could disperse their cancer-fighting pharmaceutical payloads directly into cancerous cells while leaving healthy cells unharmed.

So why haven’t all of these graphene technologies come to fruition already? In a word: cost.

Up until about 10 years ago, graphene was one of the most expensive materials on Earth to produce. A one-square-centimeter sample cost upwards of $100 million as recently as 2008.

Governments, however, are funding massive R&D efforts to decrease that cost - and they’re working. In 2013, the European Union invested $1 billion in a Graphene Flagship Consortium, where several major European universities and tech companies work together to research more economical graphene production techniques.

China followed suit five years later, opening the Beijing Graphene Institute in 2018. Thanks in part to these efforts, graphene can now be manufactured at an industrial scale; present-day prices run between $70,000 and $200,000 per ton - a far cry from hundreds of millions of dollars per square centimeter.

Researchers are still working frantically to decrease costs even further - and they’ll need to, before graphene becomes a widely-used material.

Nonetheless, the commercial graphene industry is already starting to grow. Grand View Research expects the global graphene market to expand at a compound annual growth rate (CAGR) of 38.7% through 2027, with much of the expected growth concentrated in the U.S. 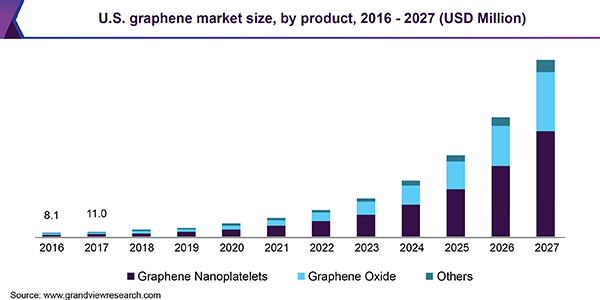 In this nascent graphene boom, investors should consider a pick-and-shovel strategy - one which exposes them to publicly-traded graphene manufacturers which have made substantial progress in bringing production costs down in recent years.

Let’s take a look at two of these manufacturers…

Founded in 1983 and based in Herzogenrath, Germany, Axitron is a manufacturer of chemical vapor disposition (CVD) equipment for the semiconductor industry. CVD is a technique which can be used to produce many semiconductor materials - but it’s of particular interest for graphene production.

Axitron is a key partner of the EU’s Graphene Flagship Consortium, and developed a graphene-focused CVD reactor as part of that program which is capable of producing affordable, usable graphene chips for frontend computing applications.

The company also has almost no debt, is profitable on an earnings basis, and pays a modest $0.11-per-share dividend, equal to a 0.45% yield at the time of writing.

As you can see above, shares are already up quite a bit this year - but if Axitron finds more commercial partners for its graphene manufacturing operations, they could go much higher.

Founded in 1982 and based in Ronkonkoma, New York, CVD Equipment is another key manufacturer of… CVD equipment for semiconductor production.

In 2005 it acquired graphene specialist FirstNano, and has since operated several graphene-related businesses.

Its CVDGraphene Services division is a fully-equipped and staffed graphene production lab which can be rented by startups, and is currently being used as an incubator for several private-sector projects.

CVD is a small, speculative play; its market cap is just $32.75 million, and shares have been on a bumpy ride this year.

However, the company has very little debt and has modestly grown revenue for the last few quarters. Given the volatility of its shares, a big commercial breakthrough in graphene production could send them skyward.