Racking up debt is never a good thing, but for major oil producers it's downright deadly.

Formerly-powerful petro-states – like Russia, Venezuela, Saudi Arabia and others – are cutting deep into their budgets and burning through reserves.

Oil companies have sold off hundreds of oil fields, eliminated thousands of jobs and slashed millions of dollars in spending.

But it hasn't been enough. And that's a problem not just for oil producers, but for the creditors that back them.

Indeed, we're on the verge of yet another major debt crisis.

First it was housing. Then it was sovereign debt – Greece and Cyprus. Now, it's oil.

All told, oil companies are believed to have have $1.6 trillion of outstanding debt.

Many can't afford to pay that, even as they slash costs to bone.

Some 42 North American oil companies filed for bankruptcy last year. And more than a third of public oil companies (175, or 35%) are at a high risk of going bankrupt.

Borrowing costs have skyrocketed, as a result. Yields on investment-grade energy bonds have shot up to nearly 6% compared to 3.5% for the broader corporate bond market. 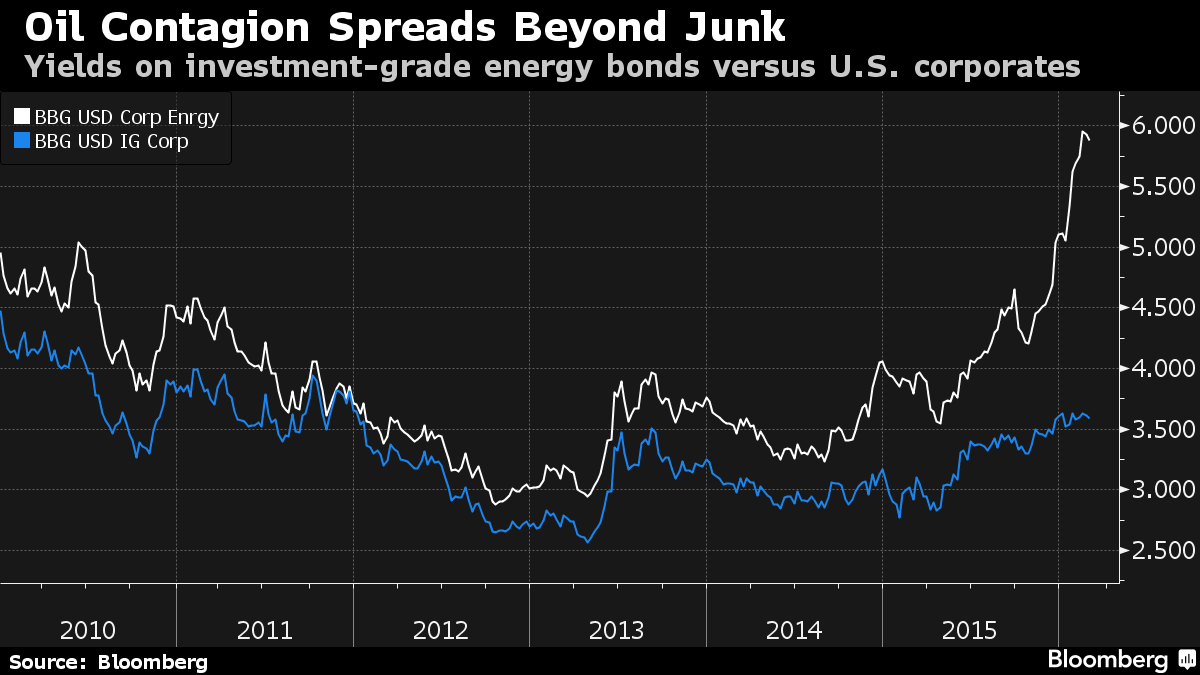 Borrowing has actually gotten so expensive that not a single energy company even sold bonds last month.

You might be thinking that all the production, cuts field closures, and layoffs will hamper production, and oil prices will rise...

But that's not really true. Not yet anyway.

The fact is, the production cuts have yet to make any significant dent in production because supplies in storage continue to build.

U.S. crude oil production is only down about 5% from its peak in 2015, and demand isn't high enough to draw down the surplus.

So oil prices are going to languish still longer, further tightening the screws.

The wave of bankruptcies and defaults are still building. And again that affects bondholders, as much as it does the oil producers themselves.

JP Morgan, for instance, has $44 billion of oil and gas lending exposure. Almost half of that is riskier high-yield. 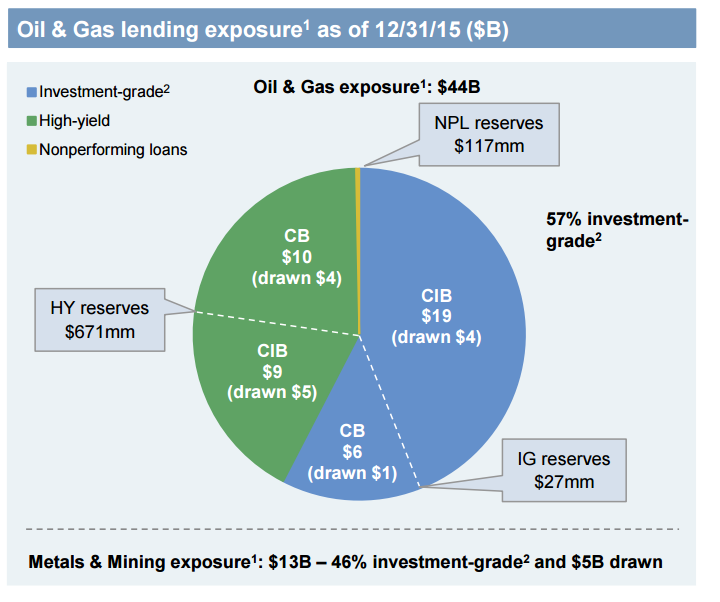 The bank added some $500 million to its reserves to gird against energy-related loan losses in the first quarter.

Again this is just a drop in the bucket, when oil companies, have $1.6 trillion in debt outstanding.

Then you throw in sovereign debt. Gulf countries, alone, have about $610 billion outstanding in bonds and syndicated loans. Venezuela and Russia are even worse off.

Laboring under Western bank sanctions, Russian companies are struggling to finance their debt, relying almost exclusively on the Kremlin. But the Russian state can only offer so much help, as it's burning through reserves trying to defend its currency and plug budget holes.

Meanwhile, as far as Venezuela is concerned, it's a foregone conclusion that the country will default. It's just a matter of how and when. The country has a $10 billion debt burden this year and is running low on cash.

Unless oil prices make a miraculous recovery its cooked.

The massive debt accrued by oil producers will be the undoing of many. We'll just have to see how bad the damage gets, and how far it extends.