People keep looking at the burgeoning space industry and thinking about the joyrides being taken by the likes of Elon Musk and Jeff Bezos.

And of course, that's the way they want it.

But in truth, the global space economy is so much bigger than that.

Indeed, the International Space Station (ISS), which has been continuously occupied by astronauts for 21 years now, is set to be retired in 2030.

Starlab figures to be complete by 2027. 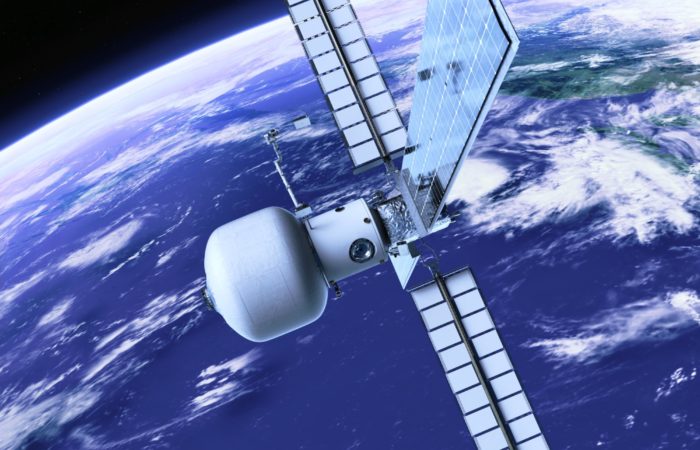 It will be less than half the size of the ISS, but it will have enough space to host four people. It will also have a large robotic arm for servicing cargo and external payloads, and a state-of-the-art laboratory system for advanced research and scientific experiments.

Furthermore, its pared-down size also means it will cost significantly less than the $100 billion it took to build the ISS.

And that's key here, because across the government, officials have tacitly acknowledged that the private sector is capable of delivering products and services with more efficiency than the government itself.

“We found the commercial capabilities are able to move at speeds, while the government programs maybe not always can,” chief NASA economist Alex MacDonald said during a Nov. 2 TechCrunch online panel discussion.

“NASA has really been relying on commercial services for decades,” MacDonald noted. “And what we’re now doing is expanding it to new areas.”

The rise of the commercial space launch business is evidence of this.

For decades, sovereign governments held a monopoly on space launches, but now private sector companies like SpaceX have emerged to replace them.

I even wrote about one on this very website back in September.

That stock, Rocket Lab (NASDAQ: RKLB), is already up more than 10.5% since that article was published.

And another, which is also part of my Wall Street's Proving Ground portfolio, could shoot even higher.

That company is already making inroads with the U.S. Space Force.

Indeed, the military, as well as NASA, is coming to rely on the commercial sector for more and more of its space services, including communications, imagery, launch capability, and more.

Again, I talked about this very thing not long ago.

I talked about how the Army used Space Force warning data to thwart an Iranian attack on the Al Asad Air Base in Iraq, and how the Army’s 1st Space Brigade was able to deduce the attempted strike's target, point of origin, and even the type of missiles being deployed.

The Space Force in particular wants to increase purchases of data collected by commercial satellites.

Maxar owns and operates the world's most sophisticated constellation of Earth-imaging satellites.

The network is called Worldview and it provides an unparalleled cache of data — both historical and real time — to which it can sell access.

The constellation covers 60% of Earth’s surface monthly and collects more than one million square miles per day.

Furthermore, Maxar saves that information in a massive database that includes information gleaned from its retired satellites. This serves as a digital time machine that allows customers to follow changes through an archive that goes back more than 20 years.

Such data is of keen interest to both corporations and governments, which use it to spy, inform, map, guide, plan, track, and coordinate.

These are the kinds of companies I've been steadily adding to my portfolio all year as I've raced to get ahead of this massive space boom that is still just in its early stages.

All of these companies are strong picks.

But again, the space stock with the most potential of all is my latest pick.