Were the midterm elections funded by crypto?

Marketing is arguably the single most important part of selling a product.

Entire agencies work day and night, devoted solely to this one thing.

Make the consumer feel something so good that they can't wait to give up their hard-earned money...

As Don Draper said in Mad Men, “Advertising is based on one thing: happiness. And you know what happiness is? Happiness is the smell of a new car. It’s freedom from fear. It’s a billboard on the side of the road that screams with reassurance that whatever you’re doing, it’s OK. You are OK.”

Create a feeling of nostalgia and people will line up around the block for your product.

Because nothing’s better at creating feelings of happiness than nostalgia.

Called Natty Boh by the locals, it’s been Baltimore’s beer since 1885. Once brewed by National Brewing Company, Natty Boh has a rich advertising history. In fact, it was the first beer to be sold in six-packs. Yes, you can thank Natty Boh for that crucial invention. It also used the genius marketing campaign of a mascot and slogan. In 1936, National president Arthur Deute introduced the iconic one-eyed, mustached mascot “Mr. Boh.” 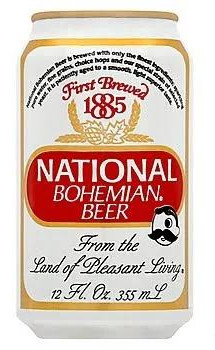 In 1958, National president Jerold Hoffberger, who also owned the Baltimore Orioles at the time, penned the slogan “From the Land of Pleasant Living,” giving every Marylander and Baltimoreon a feeling of nostalgia. The marketing was so successful that even today 90% of Natty Boh is consumed in Maryland even though it’s no longer produced here. The company was bought by Pabst Blue Ribbon in 2000 after it went under, but we’ve still got Mr. Boh to look over our city (photo courtesy of local photographer Pat Gavin). 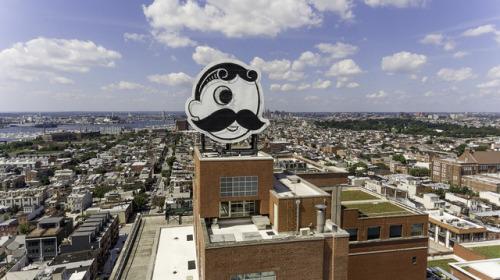 But the best part about Natty Boh was that the bottles used to come with a type of puzzle under the bottle cap called a rebus puzzle. Here’s an easy one for you: 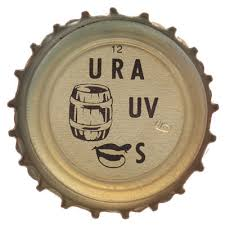 Now, PBR has since discontinued the rebus puzzles, much to our dismay, but sometimes you would get a puzzle that you just couldn’t figure out for the life of you. So you’d ask friends or even strangers to help you out. The puzzles brought people together. And it’s these puzzles that reminded me of something strange I heard this week. It’s a phrase called “nerd sniping,” where you present a puzzle to someone who you know is really smart to gain their brainpower for your cause.

This is what purportedly happened to former FTX founder and former CEO Sam Bankman-Fried while in college.

You’ve surely heard about the FTX crypto exchange collapse by now...but I just read something this week that changes everything. It starts with a puff piece written by Sequoia Capital that’s since been taken down from the company’s site. Sequoia sent journalist Adam Fisher to FTX’s headquarters in the Bahamas to write a story on Bankman-Fried, now called SBF in the media. All the while, the company was imploding, but the article doesn't seem to pick up on that. It was published in order to make people feel a certain way about the company and its founder.

Bloomberg sums up the whole mess by saying, “Sequoia revealed that the latest obsession with producing content isn’t about informing or enlightening readers; it’s about disseminating corporate propaganda and protecting business interests.” Those interests run deep.

SBF lived in a luxury suite with 10 co-workers, slept on the floor, and played video games while taking billions of dollars from clients. The Sequoia article states, “There’s no question that SBF was nerd sniped as a young man at MIT." Apparently, SBF was sniped by the cult-like “effective altruism" movement and, eventually, the Democratic Party.

The New York Post revealed how SBF donated $40 million to the Democratic Party just before the midterm elections. The article states, “SBF certainly ‘impacted’ the midterms, funneling his millions into the Democratic National Committee and Democrat-friendly PACs such as Protect Our Future and Guarding Against Pandemics. He donated to committees aligned with Nancy Pelosi and Chuck Schumer to help Democrats win races. He lavished his largesse on ‘pro-crypto Democrats’ like New York Sen. Kirsten Gillibrand, who was sponsoring a bill to lock the Securities and Exchange Commission out of regulating the crypto market.”

And now, just days after the election, the company suddenly goes belly up and files for bankruptcy? $1 billion to $2 billion gone in an instant? Coincidence? I think not. I don’t know what’s going on here, but it’s fishy.

Crypto was marketed to the masses as a decentralized monetary system that would give the power back to the consumer. What a load of hogwash. If you’ve been reading my Outsider Club articles for the last year, you know that I like the idea behind cryptocurrency but think that, like anything in life, greed and corruption can gum up even the best intentions. So I admit, back in December 2021 when Congress held a crypto hearing, I bought into the marketing hype as much as a crypto skeptic could.

It was exciting to see six crypto CEOs testify before Congress, but now it seems like a marketing scheme. The hearing was a result of a report by a Treasury Department-led team called the President’s Working Group that ensures the integrity and competitiveness of U.S. financial markets. At the time, the market cap of stablecoins, a type of cryptocurrency pegged to fiat currency, was around $127 billion. For example, you can buy one U.S. Dollar Coin (USDC) — a popular stablecoin — and its value theoretically stays stable at $1. Coinbase offers users 0.15% interest for holding USDC, while other platforms pay up to 14%, a much better rate than you’d get at any bank. The problem is stablecoins aren’t FDIC-insured, which is why Congress got involved.

And guess who was there? Our old friend SBF. Maybe Congress just wanted to see which one of these CEOs they could get the most money from.

Here’s what I wrote at the time:

This was one of the most important hearings in history, as the world was finally able to see the scope and reach of the crypto universe.

This technology is extremely appealing to the poor and underrepresented in this country and the world. As COVID has made the rich richer and the poor poorer, crypto provides an opportunity to the less fortunate.

I should have said that it provides an opportunity “in theory.” I then quoted Samuel Bankman-Fried’s opening statement:

The global financial ecosystem is not one where sending assets to those who are important to you is easy to do. And this hits the people who are least off the hardest, who have the least access to the financial ecosystem as it exists today. When you look at the number of people who are underbanked or unbanked, both in the United States and globally, it’s indicative of a system that does not work for everyone.

He's not wrong, and it sounds nice. A bit idealistic. Maybe that's how this whole mess started.

People are just looking for that happiness, and they found it in that nostalgic image of a decentralized monetary system where everyone's equal.

But now that reality has hit, billions of dollars have disappeared and, yet again, the retail investor is left holding the bag.

Don't be fooled by the crypto marketing... Nothing in this life is perfect or free, especially not when it comes to money.

Sometimes it's better to sit back, have a Natty Boh, and let your money work for you.

These are my top picks for the long winter.

It's getting dark and cold out there...