Mark Zuckerberg May Be Weird, But He's Right About This

Does anyone else find it deeply ironic that the guy who invented Facebook doesn't seem to have any friends?

Mark Zuckerberg is routinely lampooned as an egotistical, self-centered, and somewhat lifeless soul.

He's even admitted as much himself.

"Historically, I've had a very hard time expressing myself," Zuckerberg once acknowledged in an interview with NBC Nightly News. "I just come across as robotic."

In another interview he was asked to circle all the traffic lights he could find on a sheet of paper as part of a real-life captcha test.

It's clearly an image he wants to shed, but it's really difficult to shift the public's perception of someone once it's set.

And the same thing has been true of his company.

Twenty years ago, Facebook was a fresh new product that transformed the way people around the world interacted. Effectively breaking social media into the mainstream, it changed everything.

But now it's stale.

I deleted my account (which I'd had since college) a few years ago and haven't looked back since. Most younger people eschew it entirely, instead favoring newer, more dynamic platforms like TikTok. 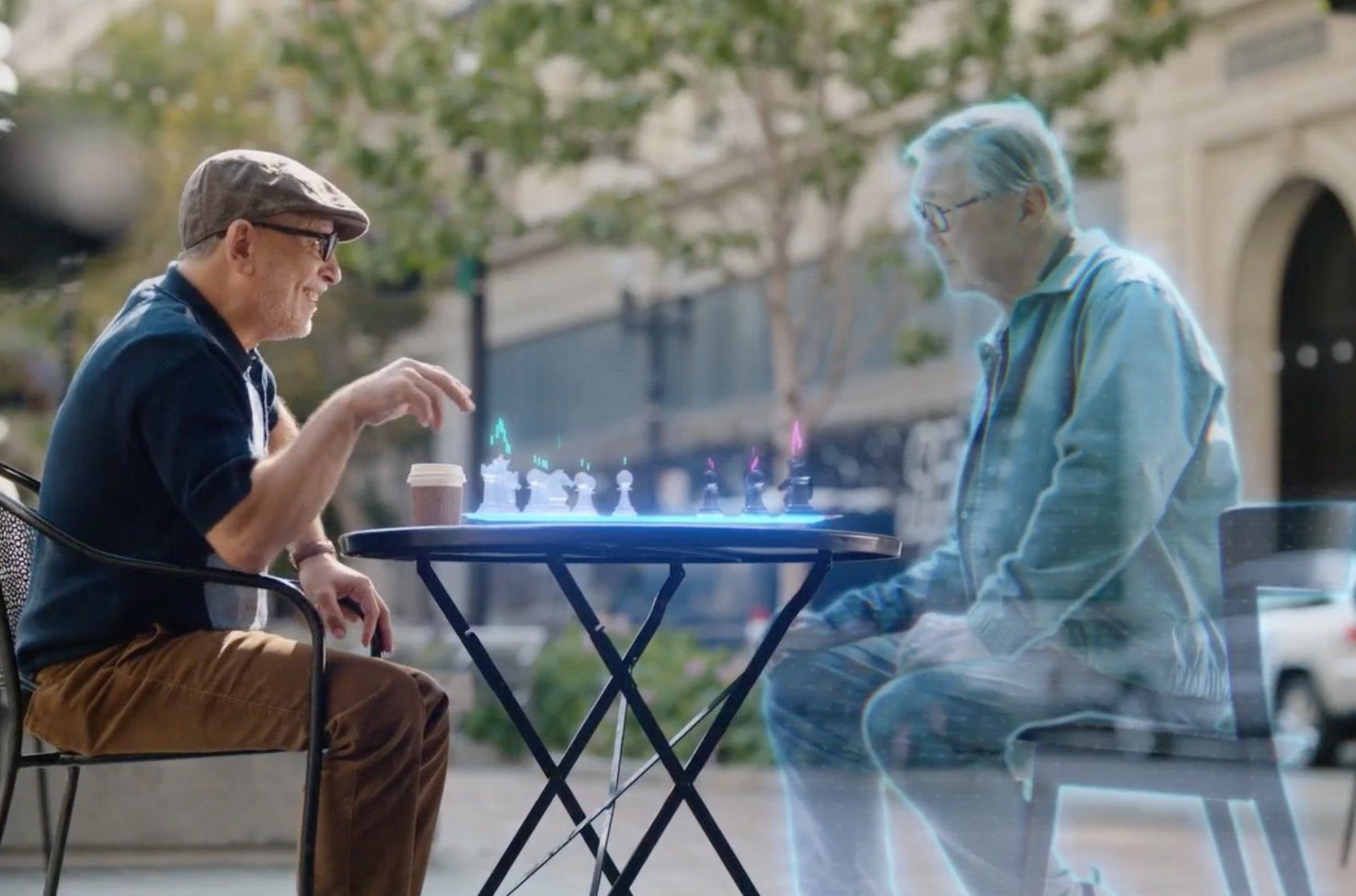 In a way it's as self-indulgent as its creator — a showcase for vain people to share their selfies and their political opinions.

People have also soured on the site in light of its invasiveness, a disregard for privacy that verges on exploitation, and its data mining.

And its targeted advertising business and monopolistic practices have come under intense scrutiny from lawmakers and government regulators who argue the company should be broken up.

Given all that, it's no surprise the company underwent a total rebrand last fall, recasting itself as Meta.

The best way to think of this is that Facebook drew millions of people online to perform social interactions, but the "Metaverse" aims to do the inverse by bringing the online into the real world.

That is, it wants to use augmented reality to graft cyberspace onto the real world via smart glasses.

Facebook's — excuse me — Meta's presentation expressed this vision with shots of people playing chess on digital boards from separate locations and of Zuckerberg himself fencing a digital opponent.

From there, the intention is to build an entire digital world that people can visit from the comfort of their couch, interacting with friends in faraway places, attending virtual meetings in online workplaces, and listening to music at virtual concert venues.

Of course, for all of this to work, participants will need a fresh pair of smart glasses akin to Google Glass.

To that end, the company has already partnered with Ray-Ban to produce a model of glasses called "Stories." These smart glasses can record up to a minute of video, send and read messages, and make phone calls.

However, they can't do many of the things Zuckerberg demonstrated in his presentation. They don't conjure up virtual chess boards or sparring partners, for example. 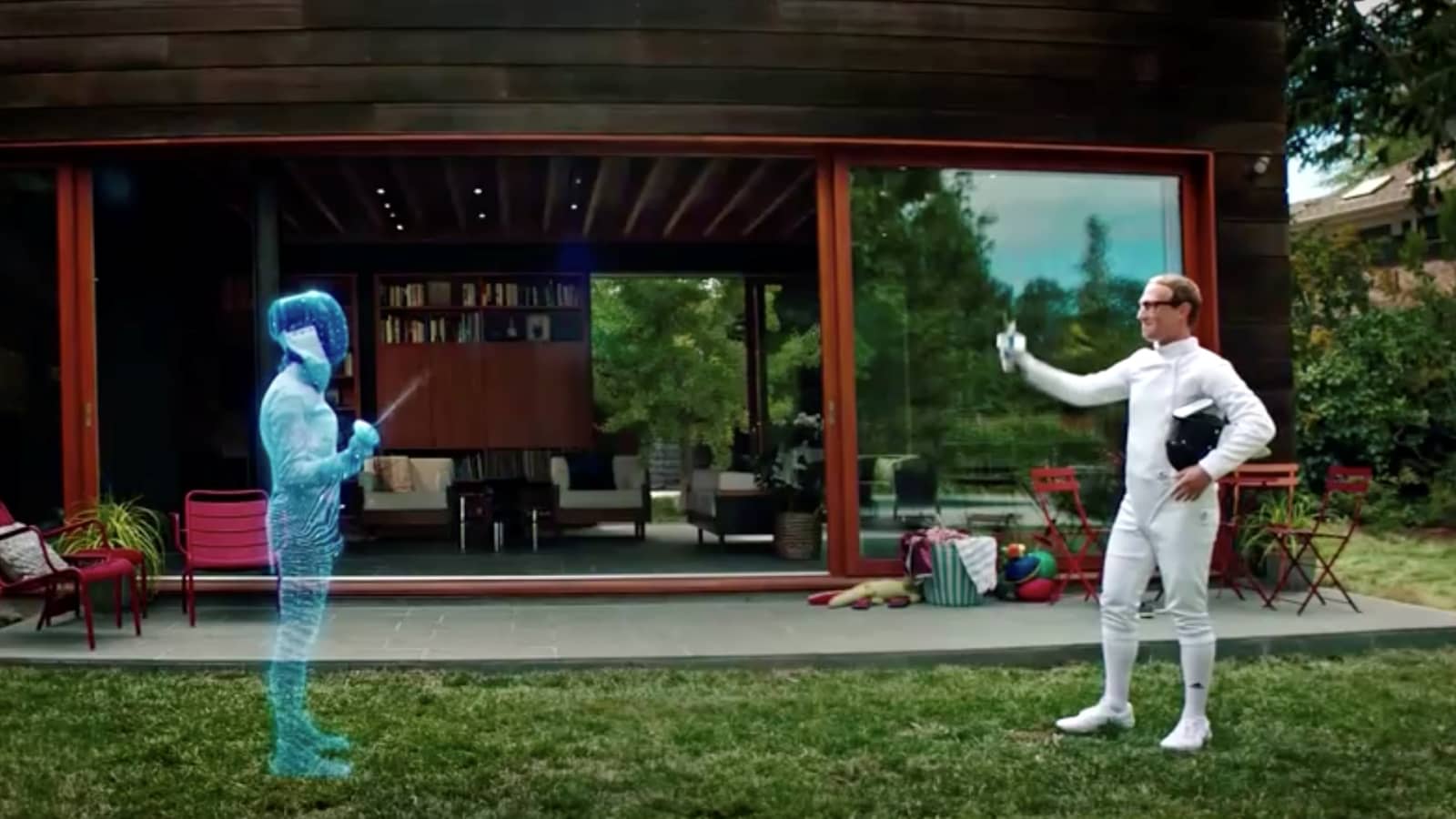 For that to happen, Meta will have to deliver its own product capable of producing a full AR experience with 3D graphics.

Zuckerberg is reportedly highly involved in the project (dubbed Nazare), channeling billions of dollars into its development and taking a keen personal interest.

It's the centerpiece of Zuckerberg's reinvention. It's supposedly the iPhone that will reestablish him as a Steve Jobs-level visionary.

Of course, there's a lot of work to be done technologically, but equally daunting is the task of breaking AR and VR into the mainstream and spurring a new technological revolution similar to the one Facebook instigated two decades ago.

However, I can tell you this...

Augmented and virtual reality are gaining traction — they're just doing it in niche markets. You might not realize it but specialized glasses like the ones Meta wants to make are already being used to improve manufacturing processes and even assist in surgery. They're also being used in marketing campaigns to make advertising more interactive.

I even recently recommended a company that is a huge AR component supplier with hundreds of key patents and game-changing technology.

It's also a key military partner, as defense contractors and the Pentagon have come to realize the benefits of enhancing soldiers' abilities.

And you should, because Mark Zuckerberg might be weird, but he's not wrong about this trend.

There's a reason he's bet his company's future on it.

P.S. If you enjoyed what I talked about today, I know you’re going to really enjoy what my colleague Alexander Boulden is up to. Alexander has taken on the task of exposing America’s elite. This group of insiders is gobbling up bigger and bigger pieces of the pie while everyone else fights for the scraps — and Alexander has had enough.

He and his team have poured thousands of hours into developing a proprietary trading system that uses four powerful spotlights to find out what insiders are up to behind the scenes. With this system, he can pinpoint exactly which stocks are set to soar next…

Sign up today to be a part of Alexander’s Insider Stakeout and start beating the insiders at their own game.