Let Me Guess… It’s Because of Climate Change, Right? Zzzzzzzz

My wife and I spent that last 10 days at our beach house in Longboat Key, Florida. We are having renovations done, but the real reason we came down was to check on the house after hurricane Ian.

Longboat Key is about an hour south of Tampa Bay and about 85 miles north of Fort Myers. 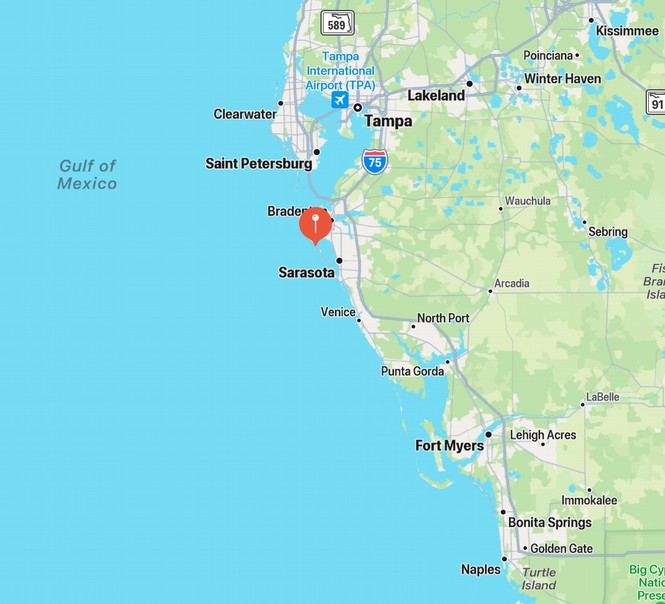 When the original forecast was released about the path of Hurricane Ian, Tampa Bay was predicted to take a direct hit. That meant Longboat Key was going to take a devastating punch too. 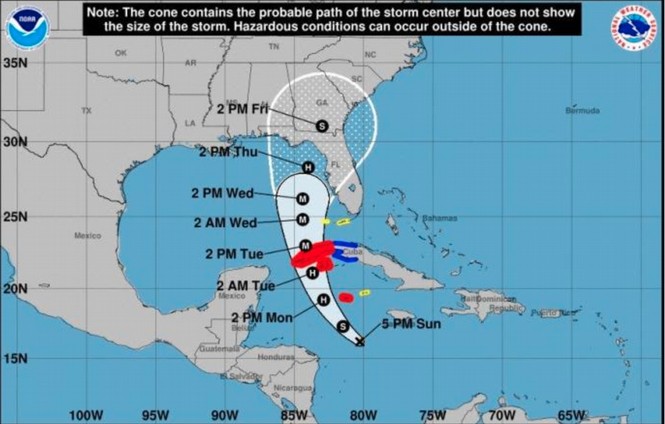 Longboat Key is a barrier island. As of the 2020 census, 7,500 people lived on the island full time. However, that number swells to over 25,000 during the snowbird high season between December and April.

And you can always tell when the snowbirds are coming down from up north. You’ll see car hauler trucks delivering automobiles to Longboat with license plates from Michigan, Ohio, Indiana, Wisconsin, New York, New Jersey, and Ontario.

The storm surge that hit Fort Myers and Sanibel Island was between 12 and 15 feet.

Needless to say, if Ian had hit Longboat, the town would’ve been leveled. But it didn’t. We were spared.

When I recently posted a picture of my wife and I enjoying a Longboat Key sunset on social media, I was greeted with warnings from the professional climate catastrophist cult about how Florida will soon be under water, Hurricane Ian won’t be the last, and people should not be allowed to build or live on the Gulf of Mexico coast because it’s “Hurricane Alley.” (I often wonder what the climate cult would have to say about the fact that Native American tribes that lived on the Gulf of Mexico coast for thousands of years.)

Would it be better if I move to Tornado Alley?

According to a May 2022 report in National Geographic:

The number of tornadoes in the states that make up Tornado Alley are falling, while tornado events have been on the rise in the states of Mississippi, Alabama, Arkansas, Missouri, Illinois, Indiana, Tennessee, and Kentucky. There is speculation that some of these changes are linked to climate change and its effect on the jet stream.

When it comes to the climate cultists, mere speculation becomes settled science.

Even obesity is being blamed on climate change… 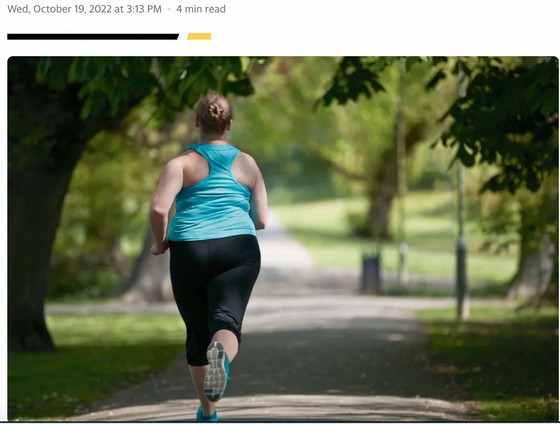 From the December 2019 issue of academic journal Obesity:

Rising obesity rates worldwide may be contributing to the climate crisis, researchers report.

"Our analysis suggests that, in addition to beneficial effects on morbidity, mortality and health care costs, managing obesity can favorably affect the environment as well," said study corresponding author Faidon Magkos, from the department of nutrition, exercise and sports at the University of Copenhagen, in Denmark.

The amount of carbon dioxide — a greenhouse gas — produced by a species is determined by its average metabolic average body size and the total number of individuals of the species.

No matter what the natural disaster is, it’s not natural; it’s man-made. We hate ourselves. Or, more specifically, the climate cult hates you.

And no solution to it, no matter how absurd, crazy, or deadly is off the table.

Even war is good for the environment.

In Politico’s “Green 28: Class of 2023” (a list of people making a positive difference in the battle against climate change), the No. 1 pick is Vladimir Putin.

I’m serious. A murderous thug is the climate cult’s hero.

It took a war criminal to speed up Europe’s green revolution.

By invading Ukraine and manipulating energy supplies to undermine European support for Kyiv, Russian President Vladimir Putin has achieved something generations of green campaigners could not — clean energy is now a fundamental matter of European security.

The political response from the EU was swift: Within weeks of the February 24 invasion, a plan was sketched out aimed at unhooking the Continent’s energy ties from Moscow. It leaned on three pillars: cutting oil, gas, and coal supplies from Russia; getting gas and other fossil fuels from elsewhere; and massively speeding up the rollout of renewable power and energy saving measures.

And what was the cost of achieving the green revolution in the European Union?

So far, over 100,000 dead Russian and Ukrainian soldiers and civilians.

Germany is ramping up coal stockpiling and consumption in preparation for the coming winter. European citizens are stockpiling firewood, pallets, and two-by-fours to heat their homes and cook their food this coming winter.

Our friends from Wales (who also have a home in Longboat Key) told us the other day that a gallon of gasoline in Wales is $14.

The U.K. will implement rolling blackouts from 4 p.m.–7 p.m. during the winter.

U.S. oil, natural gas, and coal drilling and mining are running at full capacity. American fossil fuels are in an economic renaissance.

And this has enraged the climate cult.

Punks are defacing priceless works of art by throwing mashed potatoes and tomato soup on them. 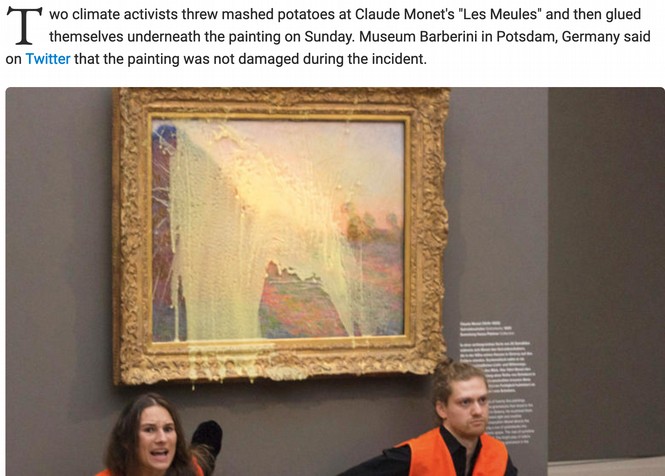 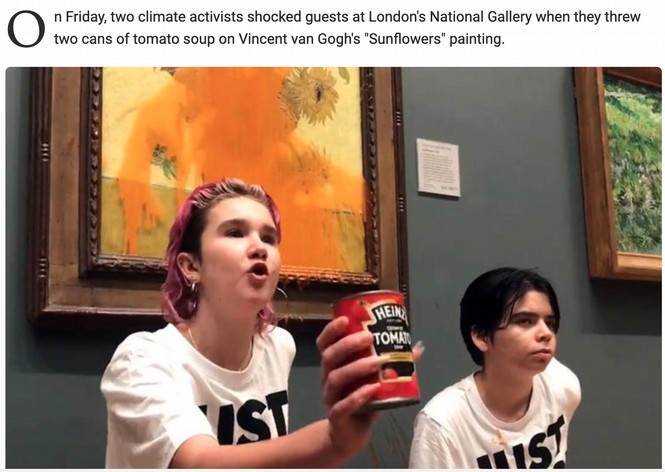 I have two solutions to this.

First, you and I will continue to earn income, beat inflation, and enjoy capital appreciation in our oil and gas stocks. We will be releasing a brand-new report on three energy plays that’ll save Europe from a “black winter.”

Second, I recommend that authorities help these protesters when they glue themselves to a chair, floor, or whatever.

Here’s what do. Show sympathy and concern for them. Since they’re going to be glued there for quite some time, offer them copious amounts of water and plenty of fruit high in fiber, preferably figs and prunes. And beans. They must have beans.

Then leave them there for a day or two… and make sure they get the media attention they so desperately want.

It’s good to be with like-minded friends.

Brian is a founding member and President of Angel Publishing. He writes about general investment strategies for Wealth Daily and Energy and Capital. For more on Brian, take a look at his editor's page.