This company is 3D printing its way into the new space economy...

Technology is the no. 1 driving force behind the world’s economy.

And it’s often the smallest inventions that change the entire scope of human history.

Take the period of minor global warming around the year 950, also known as the “little optimum.” The favorable weather caused agriculture to thrive, resulting in a wave of technical innovation that changed the world.

These seemingly small inventions caused a boom in Europe’s population, led to more trade, and were some of the primary factors that ended the feudal system, ushering in a transition out of the Middle Ages.

Fast-forward to today and we’re on the cusp of a transition of similar scope... from 4G to 5G.

It may seem like a small distinction, but the implications are massive.

According to the Science and Technology Innovation Program, this tech will usher in a new era of world prosperity...

5G is a core foundation upon which modern societies — their economies and militaries alike — will rest. This network of networks will be essential to how industries compete and generate value, how people communicate and interact, and how militaries pursue security for their citizenry. 5G is potentially one of the most important networks of the 21st century. It is the very definition of critical infrastructure.

But there’s one big problem.

In order to connect the world via 5G, everyone needs internet access.

It might sound crazy to those who've had internet access their whole lives, but it's a lofty goal.

Only half the world’s population currently has internet access, according to the International Telecommunication Union. The other half — roughly 3.8 billion people — remain unconnected and are unable to reap the benefits of the key social and economic resources in our expanding digital world. We’ve been told 5G is the future, but many rural communities are still stuck with dial-up and 3G phones.

The gap between those with internet access and those without is a phenomenon called the “digital divide,” and the companies working to bridge this divide are creating windfalls for wise investors.

These networks will help power the imminent rise of Internet of Things (IoT) technologies, providing the infrastructure needed to transfer huge amounts of data between connected devices.

Again, getting ubiquitous and instantaneous internet connectivity to everyone poses a big challenge. Fiber-optic cables won’t cut it, and large cell towers don’t have the necessary reach.

The solution, of course, is satellites.

But we’re not talking about your satellite cable of yore... that unreliable dish sticking out of the roof that loses signal whenever a cloud passes overhead.

The best and brightest companies are working to create reliable and sustainable internet using new satellites and launch technologies that promise to connect the world.

It’s a tall order, but consumers trust Amazon and SpaceX — the two leading companies working on internet satellites — to make good on this promise.

According to PCMag, half of U.S. internet customers are willing to try satellite internet. 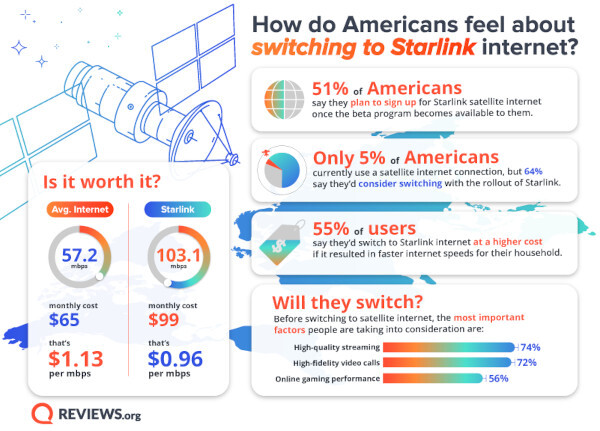 In fact, SpaceX has more than 100,000 customers, with many already receiving internet services via Starlink satellites.

You've surely seen the rocket launches from Jeff Bezos, Richard Branson, and Elon Musk this year. It might seem like a pithy battle, with billionaires showing off how much money they can throw into the sky.

SpaceX currently has 1,600 satellites in orbit, with Amazon planning to launch a constellation of 3,236 satellites under the Project Kuiper name in the fourth quarter of 2022.

The astronomical costs have drawn much controversy this year, especially as the rich are getting richer and the poor are getting poorer.

The next NASA rocket will cost nearly $1 billion to get it into space...

And SpaceX spent roughly $57 million to launch its latest rocket.

But this is the future, and you've got to spend money to make money.

Look, we can no longer ignore what’s staring us right in the face.

The space economy is here, and it’s only getting bigger. 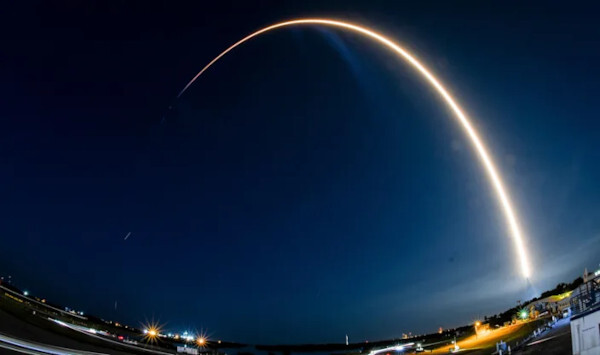 But while these space tycoons are busy showing off, one company is quietly raking in the dough...

Our defense and space expert Jason Simpkins has been following this space race for the last few years.

Jason's been pounding the table about a company working behind the scenes that's benefiting from all the space hype.

By providing made-to-order satellite launches, this company owns the infrastructure needed to usher in the new era of space-based internet and 5G.

Think of it like a ride-sharing company in space, as all the big players need its technology to get their payloads into orbit. It even 3D-prints its own parts, so it isn’t affected by the supply chain mess.

If you want to hop on board one of the biggest trends of 2022, get everything you need to know right here.