Is Texas Stupid? Is America?

Its "leaders" seem to think so.

Make no mistake — what's unfolded in Lone Star State this past week is one of the biggest governmental, environmental, technical, and political disasters of our lifetime.

But what's worse is that it's also become a race to the bottom for the authorities who are most responsible for its manifestation.

There has been a total and complete abdication of responsibility in a state that prides itself on initiative, hard work, and accountability.

And it's giving me the chills in a way no blizzard ever could.

Let's start local and work our way up...

First, there was the mayor of Colorado City, Texas, who on Tuesday took to social media to berate the citizens who were freezing to death with no water and now power.

"No one owes you are [sic] your family anything; nor is it the local government's responsibility to support you during trying times like this!" he scream typed into his fully charged smartphone or laptop. "Sink or swim it's your choice! The City and County, along with power providers or any other service owes you NOTHING! I'm sick and tired of people looking for a damn handout."

He then helpfully suggested people venture out into the frozen wasteland that was once a functioning municipality and "think outside the box to survive and supply water to your family."

As if all that was lacking in this crisis was ingenuity.

Again, these people are literally freezing to death in their homes. There is no electricity. There is no water. They're running out of food. The roads are undrivable. The zero-degree weather is unbearable. The grocery stores have barren shelves and lines out the door.

What exactly are the citizens of Colorado City supposed to do in this situation? Venture out into the suburban wilderness with snow shoes and a parka, shoot a caribou, and cook it over the open fire in their living room?

I don't know, but they better do something because Mayor Tim Boyd says, "Only the strong will survive and the weak will parish [sic]."

Or "former mayor," I guess I should say, because the public outrage over this obscene post ultimately spurred his resignation.

Still, the victim-blaming, finger-pointing, deflections, and tirades didn't stop there.

Next up was Texas Gov. Greg Abbott.

Look, I'm just spitballing here, but if I were governor of a state going through this kind of crisis, I like to think I'd be on the ground trying to help. I'd be in my office making calls, going on the radio to provide updates and guidance, or showing up to support and encourage emergency workers and first responders.

“Our wind and our solar got shut down, and they were collectively more than 10% of our power grid, and that thrust Texas into a situation where it was lacking power on a statewide basis,” Abbott cried to Sean Hannity. “It just shows that fossil fuel is necessary for the state of Texas as well as other states to make sure that we’ll be able to heat our homes in the wintertime and cool our homes in the summertime.”

It's interesting that Abbott himself mentioned wind and solar account for around 10% of the state's electrical output, because I looked it up and it's actually closer to 20%. However, thermal fuels — oil, coal, and especially gas — actually account for more than 70% of Texas's electricity. Nuclear rounds out the remaining 10%. 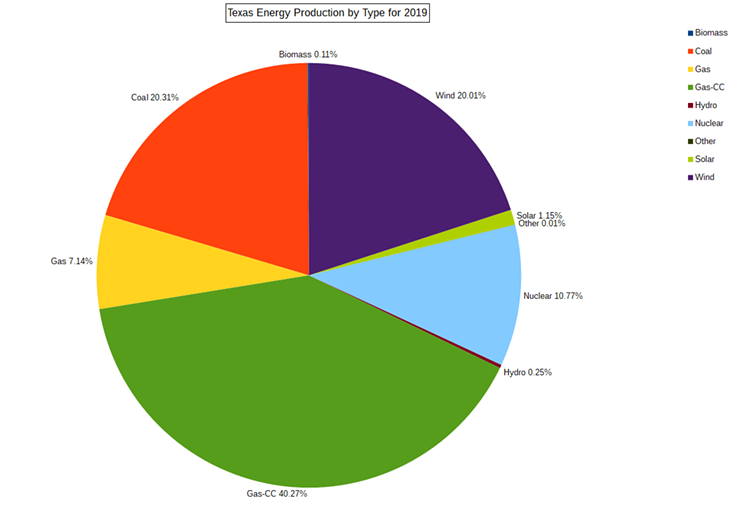 These problems also could have been avoided if Texas utilities had simply weatherized their infrastructure by adding more insulation at power plants, installing heating elements around pipes, or increasing the amount of reserve power before storms.

That's exactly what a federal report recommended in 2011, after cold-weather blackouts left more than 3 million residents in the dark while the Super Bowl was played outside of Dallas.

Abbott has been the governor since 2015, so there was definitely time for him to act. He also appoints the Public Utility Commission, which oversees ERCOT.

Even a week before the cold weather crept in (an event widely anticipated by meteorologists) Abbott could have done something to help brace his state for what was to come. But at that time, he was busy touting a bill designed to prevent social media companies from "canceling conservative speech."

Whether that includes speech like former Mayor Boyd's Darwinian message on Tuesday or his own misleading assertions about the power grid is unclear.

Yet despite the callousness, ignorance, and incompetence put on display by Abbott and Boyd, it was Sen. Ted Cruz who won the award for most appalling act by a Texas politician this week.

That's because on Wednesday, this photo surfaced of Cruz boarding a flight to Cancun: 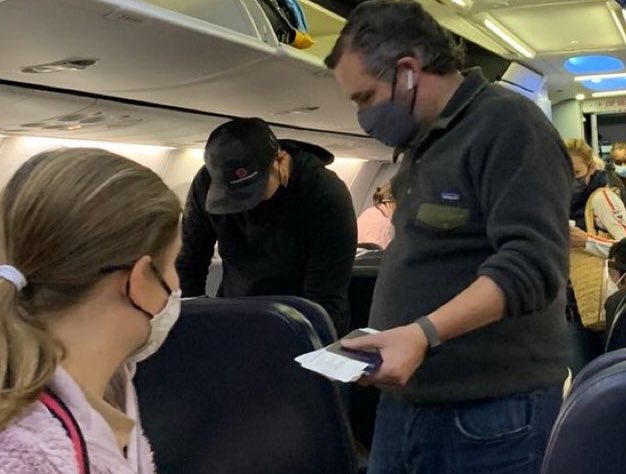 Yes, while his constituents literally freeze to death, Sen. Cruz will be chillaxing in the sun with his family.

Good for him! He definitely earned it after all that time spent inciting an insurrection at the seat of American democracy.

This is a fun photo because in addition to completely disregarding the ongoing disaster taking place in his own state, it also goes to show that American politicians didn't get vaccinated so that they could govern more efficiently...

They did it so they could take rad vacations.

Truly, Cruz and the rest of the D.C. elite must believe us all to be total and complete idiots.